Conservative leadership election: why tax cuts are an economic gamble 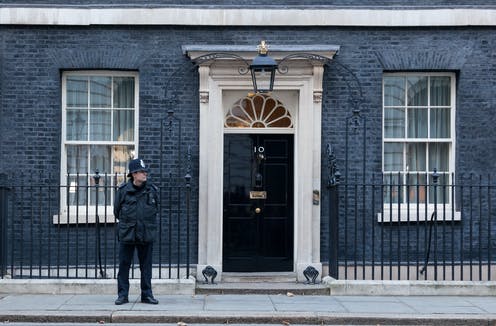 Always keen to be identified as the party of low taxation, the Conservatives won the 2019 general election on a promise not to raise income tax, VAT or national insurance. So last year’s national insurance increase was bound to rankle, even though it could feasibly be blamed on the huge costs of COVID.

Now that the Tories are choosing a new leader, it seems that all of the candidates regard tax cuts as the road to redemption. They have only really differed on the details of how much and how soon.

Being seen to lower income tax certainly helped Margaret Thatcher rise to power in 1979 and win two more elections. Subsequent governments (Tory and Labour) made further reductions, while also raising VAT, until the basic rates of both converged at 20% from 2011.

But under Boris Johnson, government receipts rose as a share of GDP to 39%, from 36.5% when David Cameron arrived at Downing Street in 2010.

This rise has come not just from increasing national insurance and reversing previous cuts in corporation tax, but also from freezing the thresholds for income tax. These freezes have pushed many into paying income tax for the first time, or at a higher rate, as their pay goes up – even when wage rises have not kept pace with inflation.

Consumer price inflation has already edged above 8% and is set to reach 11% according to the Bank of England. Lower VAT and fuel duty would immediately restrain the headline rate. And those pitching to be the new UK prime minister seem agreed that a cut in income tax could immediately help households deal with rising prices.

Some of the leadership contenders have also been keen to emphasise the link between low tax and “small government” – stressing their commitment to cutting public spending. The idea is that trimming the government’s expenses – through a mixture of privatisation, less welfare dependency and greater efficiency – would allow it to tax less without running a wider deficit and borrowing more.

But matching tax cuts with spending cuts is never easy, especially after years of pre-pandemic austerity. It would be difficult telling workers in healthcare, education and transport that they must accept smaller budgets and less pay after over two years on the COVID front line.

It’s also far from easy to cut spending on the public sector when it remains the the main provider of healthcare and social care for an ageing society. And while the war in Ukraine rages on, refusing urgent pleas for more resources for defence would be a tough political sell.

Yet other candidates have argued that planned tax cuts would essentially pay for themselves. If they kick-start business-sector growth, the public sector will take up less of the UK’s GDP, without the need for drastic cuts to services. The theory is that lower taxes on households can encourage people to work harder, reducing their need for state support. Likewise, reducing tax on companies might lead them to invest more in new technologies and training – unblocking the stagnant productivity growth which has hampered pay levels for over a decade.

This “supply side” case for tax cuts – that they end up invigorating the economy – gained strength from the eventual boom seen under Thatcher’s premiership. Some economists are again making the the case that it’s mainly high taxes that are holding back the UK’s economic performance.

In practice, however, Thatcher’s policies raised the overall tax take in the UK. And recent research suggests that tax cuts do more to boost the incomes of the well paid than those on average pay.

Indeed, cutting taxes without a reduction in public spending might actually fuel inflation by stoking demand. That’s why leadership contender Rishi Sunak, who resigned as chancellor, continues to speak up for current tax-raising plans, promising cuts no sooner than 2023.

Whoever does become the next leader of the Conservatives, and prime minister, should also bear in mind that switching from austerity towards economic expansionism after a crisis hasn’t always worked. In 1972, the Conservative prime minister Edward Heath and his chancellor Anthony Barber responded to global energy shock, high inflation and impending recession with a “dash for growth” – spending more while keeping taxes down – and letting the budget deficit widen in the hope of a similar supply-side transformation.

This kind of of fiscal stimulus, spending more on industrial policies to boost investment, often stimulates output more effectively than tax cuts, at least in the short term.

Fifty years ago, Heath’s belief that a more relaxed budget would spark a recovery led by investment and exports was strengthened by there being a pool of unemployed labour, and new trade opportunities in Europe’s Common Market, which the UK had just agreed to join. But hopes of 10% growth soon gave way to higher inflation and renewed downturn.

Today, amid a chronic labour shortage and other supply constraints, some linked to Brexit, the new Conservative dash for growth through wide ranging tax cuts will be an even bigger gamble.

Alan Shipman does not work for, consult, own shares in or receive funding from any company or organisation that would benefit from this article, and has disclosed no relevant affiliations beyond their academic appointment.