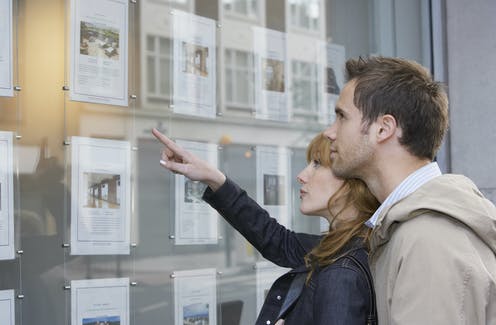 UK borrowers may see the return of larger, longer-term loans as the government plans a comprehensive review of the mortgage market with the aim of boosting access to finance for first-time buyers. Rather than addressing the real problems with UK housing affordability though, this approach seems to be aimed at helping dig the government out of a housing policy hole.

Last May, Michael Gove, the secretary of state for Levelling Up, Housing and Communities, announced that the government’s housebuilding target “risks making someone’s perfect arithmetic the enemy of the common good”. This statement has been widely interpreted as signalling the end of a Conservative Party manifesto commitment to deliver 300,000 new homes annually in England by the mid 2020s. It also follows the abandonment of planning reforms in May that were unpopular in Tory heartlands and were a significant factor in the party’s loss of the Chesham and Amersham by-election last year.

By increasing housebuilding rates, the government wanted to tackle the decline in housing affordability that has been driving down UK home ownership rates. Whether the government was right to place so much emphasis on planning reform is questionable, particularly considering the housebuilding industry consistently fails to build enough houses to match the units of planning permission awarded. Research also shows it takes an awful lot of additional housebuilding over a sustained period to make material differences to affordability.

Abandoning the housebuilding target leaves the government without any meaningful response to the affordability crisis, however. This has led to the government’s new emphasis on the mortgage market: if people can borrow more, then more people will be able to afford to buy houses.

History shows this isn’t always the case, though. Government policy since the financial crisis has been to limit borrowing (or lending). Since 2013, lenders have been required to assess mortgage applicants’ ability to make their payments and to withstand higher interest rates. The Bank of England recently told lenders they could drop this requirement from August 1 2020.

But mortgage lenders will remain limited in the number of high loan-to-income mortgages they can keep on their books. After all, these measures were introduced to avoid the booms in mortgage arrears and repossessions seen in the early 1990s and during the 2008 global financial crisis, as well as the systemic failures that forced the government to rescue multiple banks back in 2008. And while raising the amount that can be borrowed will help some people buy houses, at least some of this extra finance will also contribute to higher house prices as demand for new homes rises. This will benefit existing owners, not first-time buyers.

All of this has happened before. When mortgage finance was deregulated in the 1980s, access to home ownership increased, but the sudden expansion of mortgage finance also fuelled a house price boom. This unravelled when interest rates were raised in response to rising inflation, giving rise to largescale mortgage arrears and repossessions. With a striking lack of institutional memory, mortgage lending criteria relaxed again in the run up to the financial crisis, resulting in the growth of the sub-prime sector that contributed to the subsequent market crash in 2007.

Proponents of increasing people’s access to mortgage finance hope long-term fixed rate mortgages will shield borrowers from these risks. The development of mortgage guarantees might also help extend coverage within groups such as the self-employed who have found it more difficult to secure mortgage finance over the past 15 years. But even if ways can be found to expand lending while managing risk better than in the past, this graph showing the decline in mortgaged home ownership rates illustrates the limits of mortgage credit as a means of expanding lending:

Mortgaged ownership was dropping before the financial crisis – at a time when lenders were falling over one another to provide mortgage finance. As the graph shows, between 2002-03 and 2007-08, the proportion of households who owned their houses with a mortgage fell from 41% to 35%. Among households aged 25-34 years old, the fall was more dramatic, with mortgaged ownership falling by 10 percentage points to 49% during this period. As house prices rose, many hopeful homeowners struggled to take out a 95%-plus loan-to-value mortgage because they couldn’t afford the repayments – there comes a point when you cannot borrow your way out of an affordability crisis.

And this remains the case today. The UK Housing Review affordability index suggests that buying a house was more affordable in 2020 than it was in 2007 – on the eve of the financial crisis when borrowing criteria was extremely relaxed – but remains less affordable than in 1994, when house prices had bottomed out following the 1980s boom.

The UK is not alone. Mortgaged home ownership has fallen among prime-age households in almost every EU country. Since the financial crisis, ultra-low interest rates have protected the value of assets such as houses. Other responses to the pandemic – including the UK’s stamp duty holiday – have supported this trend.

Ironically, the rise in consumer price inflation creates the possibility of allowing real house prices to adjust downwards while protecting existing homeowners from negative equity. But this will only restore affordability if real incomes rise to enable people to buy. As striking workers across country right now will most likely affirm, there is little indication of that happening at the moment.

Mark Stephens receives funding from ESRC, and is lead editor of the UK Housing Review (published by the Chartered Institute of Housing).

2022-07-06
Previous Post: Boris Johnson’s nightmare day: how to read between the lines in resignation letters from government ministers
Next Post: When is BST Hyde Park and what is the full line up? Dates, tickets and more