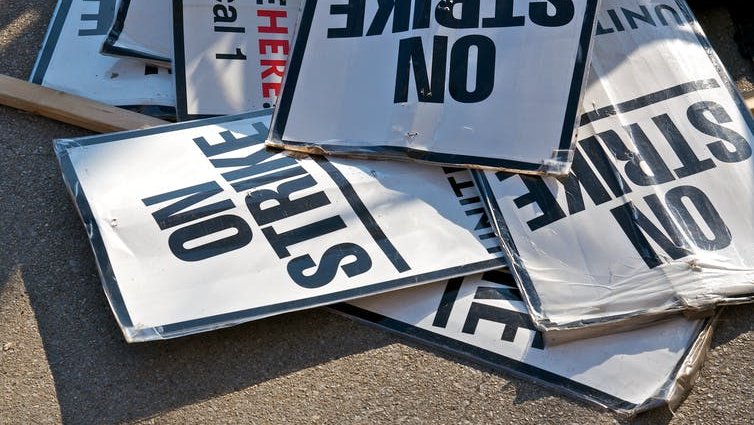 There wasn’t much dramatic tension as markets waited for the Bank of England’s latest decision on interest rates. The fifth monthly quarter-point hike in a row was largely expected, taking the base rate to 1.25% in June 2022. All the announcement really revealed, in fact, was what a mess UK economic policy is in.

Neither the Bank of England, nor the government, is now helping to deal with Britain’s economic problems. A more rational approach to monetary and fiscal policy is needed.

The Bank’s aim is to curb inflation. But the interest rate rise is unlikely to affect inflation at all. There may be a small impact on import prices, if higher rates prevent a further deterioration in the value of the pound. But raising the rate at which citizens and businesses in the UK can borrow money will not ease the global rise in oil, gas and food prices that is the main source of inflation now.

The Bank of England’s members know this, of course. Their justification for raising rates is that they want to keep inflationary expectations under control, to prevent an uncontrollable “wage-price spiral”. This can happen when expectations of future inflation lead workers to bargain for higher earnings to compensate, which only adds to inflation. The Bank of England’s fear is a return to the 1970s. Such a wage-price spiral pushed inflation to 22.6% in 1975.

But the problem with this argument is that inflation has been more than 4% since October 2021 and real earnings are not rising. Strip out bonuses being paid in a small number of sectors, and wages rose only 4.2% between February and April 2022, which in real terms (once inflation is included) is a fall of 2.2%. And the trend is downwards, not upwards.

In the 1970s, more than half the workforce were members of trade unions, giving them the muscle to bargain for higher wages. Average earnings in 1975 hit almost 30%. Today, fewer than a quarter of employees are union members, and most of these are in the public sector, where wages are currently rising by just 1.5% on average.

So there is little chance of a 1970s-style inflationary wage-price spiral. But these cuts in real wages are already starting to cause a contraction of the UK economy. Consumers have no choice but to spend more on the necessities of energy and food, much of which leaves the UK economy. So they are cutting back on discretionary spending on items such as entertainment and home goods, where more money tends to stay within the UK.

The result is that the UK economy actually shrank in April. The OECD forecasts that the UK economy will not grow at all in 2023, and the Bank of England believes the UK will fall into recession this year. The prospect now is of stagflation, when high inflation occurs at the same time as weak or weak or non-existent growth.

And in this situation, the Bank of England’s rate rise will actually make things worse. As interest rates rise, consumers and businesses will find it more costly to borrow to invest and save, and aggregate demand will fall further.

The government isn’t helping either. The emergency package of support to consumers announced by Chancellor Rishi Sunak in May represents a significant stimulus. But the government’s overall fiscal stance is still contractionary, with significant tax rises acting to withdraw demand from the economy. Sunak is still more intent on limiting public borrowing, in accordance with his self-imposed fiscal rules, than he is on keeping either taxes down or spending up.

So, on the one hand we have the Bank of England raising rates in a way that will not affect inflation, but will curb consumer spending. On the other, the government is simultaneously withdrawing demand from the economy via tax rises. And all while the UK economy is contracting.

It is hard not to see this as anything but an economic policy mess. What the UK needs is much stronger coordination between fiscal and monetary policy. If interest rates are to rise, this should only occur while the government stimulates the economy to ensure output and incomes are sustained.

And underneath all this are much deeper weaknesses in the UK economy, which date from well before COVID-19. The UK has close to the lowest rate of investment, and among the lowest productivity and weakest wage growth of any leading economy. Over the last year, business investment has been falling, deeply affected by Brexit and the overall weak outlook for growth. Productivity fell by 0.7% in the last six months. And the Office for Budget Responsibility forecasts that real wages will still be lower in 2026 than they were in 2008.

The government likes to boast about the UK’s very low unemployment rate, now just 3.8%. The labour market is currently as tight as it has ever been, with more vacancies than there are people officially unemployed. But this disguises the fact that employment has also fallen: half a million people have left the labour market since before the pandemic. Some of these have been EU citizens leaving the country; others have taken early retirement, declared themselves sick, or are unwilling to work on the wages they are being offered.

To return to growth, the UK needs to attract more people into the labour market. This requires higher wages, not lower. It also demands an improvement in labour conditions, particularly in the insecure gig economy of zero hours contracts and precarious self-employment. Making work more attractive would require firms to invest in better equipment and skills training, in turn raising productivity.

In a rational economic policy world, the government would now be brokering sectoral productivity deals with businesses and unions, promising government support in return for higher investment and higher earnings. This could indeed be at the heart of the government’s “levelling up” strategy. But unfortunately, we are not in such a world.

2022-06-17
Previous Post: Ukraine war: Russia’s military campaign hindered by the rivers in Donbas
Next Post: Mayfair Art Weekend: Everything there is to see and do