Paul McCartney at 80: Has any other pop star got a legacy like this? 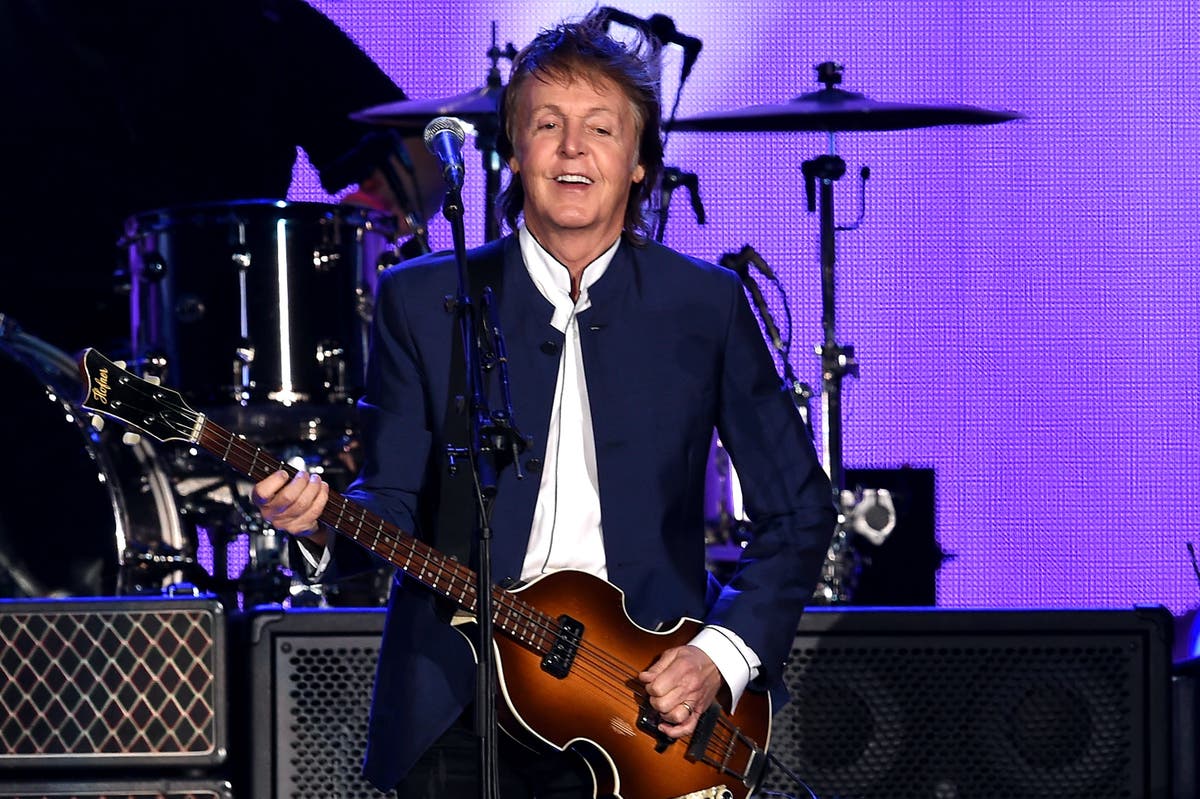 aul McCartney wrote When I’m Sixty-Four as a teenager and recorded it at 24, inspired by his father Jim reaching the landmark. As he hits his 80th birthday on June 18, old age isn’t quite the cosy carousel of knitting, gardening and summers in the Isle of Wight that the young man imagined in the song. One week later he’ll celebrate with his second headlining performance at Glastonbury – an overwhelming experience that, when he first did it in 2004, he likened to the Battle of Agincourt. I was there, part of a vast crowd that was still singing the refrain of Hey Jude long after he had left the stage.

Since then, he’s still on the ascent. His most recent solo album was his first UK number one since 1989, and interest in The Beatles is more intense than it has been in years, thanks in particular to Peter Jackson’s eight-hour Disney+ documentary Get Back, plus biographer Craig Brown’s book One Two Three Four: The Beatles In Time and another series, producer Rick Rubin’s extended conversation McCartney 3,2,1.

During a career as long as his, of course Sir Paul has drifted in and out of cool over the years. His lifelong love of a family-friendly ditty has seen him pegged as the square one, though the public adored Mull of Kintyre so much that in 1977 it sold more copies than any past Beatles hit. His musical optimism saw the pop magazine Smash Hits nicknaming him “Fab Macca Wacky Thumbs Aloft” in the Eighties. “Some people want to fill the world with silly love songs/And what’s wrong with that? I’d like to know,” he sang in 1976. “It’s still all right to be nice,” he added on Seize the Day in 2020.

His reluctant leadership of The Beatles after manager Brian Epstein’s death in 1967 was a source of frustration, to supremely talented third wheel George Harrison especially. Jackson’s documentary revisits Harrison’s grimly polite expression of exasperation, first seen in Michael Lindsay-Hogg’s 1970 film Let It Be: “I’ll play, you know, whatever you want me to play, or I won’t play at all if you don’t want to me to play. Whatever it is that will please you, I’ll do it.” John Lennon hated the domesticity in some of his partner’s lyrics: “These stories about boring people doing boring things – being postmen and secretaries and writing home. I’m not interested in third-party songs,” he said.

Caustic Lennon appears to have been cancelled by the younger generation, mainly for admitting to domestic abuse. An article on news website Vice in 2015 began: “To celebrate the anniversary of the Beatle’s beloved album Imagine, we recount some of the terrible things the famous asshole did during his life.” I recently asked a large class of 17-year-old music students who their favourite Beatle was. No one said Lennon.

In contrast, McCartney is so venerated that he wouldn’t have looked out of place sharing tea with the Queen and Paddington Bear during Jubilee weekend. The safe one is still here, and loved more than ever, whether he’s making James Corden cry by singing Let It Be during Carpool Karaoke, fronting a brief Nirvana reunion in 2012 jokingly called “Sirvana”, or persuading musicians as hip as Phoebe Bridgers and St Vincent to rework his newest material on last year’s covers album McCartney III Imagined. We can even thank him and his late wife Linda for Lisa from The Simpsons becoming a vegetarian.

The Get Back film showed him frequently at odds with his bandmates, still striving for greatness while they were bored, distracted, on the verge of giving up – or in Harrison’s case, literally quitting the band for five days with the words “I’ll see you round the clubs.” Watching the birth of the song Get Back, taking shape at great speed from an energetic McCartney strum while waiting for Lennon to show up for work, the viewer may well be awestruck while Harrison and Ringo Starr yawn. Perhaps their reaction shows how used they were to miracles happening right in front of them.

He didn’t want to be in the leader role, but had little choice as long as no one else was stepping up. “I’m scared of me being the boss, and I have been for a couple of years,” he says in the footage from early 1969. “I always feel as though I’m trying to put you down and stop you playing, but I’m not.” By the following year he was certainly at odds with the others, blamed for the breakup after announcing the end of the Lennon-McCartney songwriting partnership in the press release for his first solo album (even though Lennon had already quit in private) then suing them in the High Court to dissolve their business relationship. Of course it sat very badly with him as the person who most wanted the band to carry on. “That was horrendous and it gave me some terrible times. I drank way too much and did too much of everything,” he said in 2020.

After that there was a decade in the Alan Partridge-approved Wings. They weren’t as groundbreaking as The Beatles (how could they be?) but consistently hit platinum sales figures in the US in particular. In the Eighties he did the usual things befitting a living legend: collaborations with Stevie Wonder, Michael Jackson and Elvis Costello, charity appearances and a stadium tour under his own name on which he started playing numerous Beatles songs again.

In 1996, he co-founded LIPA, the Liverpool Institute for Performing Arts, on the site of his and Harrison’s old grammar, Liverpool Institute High School for Boys. He still takes the occasional songwriting class and is guest of honour on graduation day.

Also in the mid-Nineties, an earlier major documentary series, The Beatles Anthology, plus a book and three double albums of mostly unreleased music, coincided nicely with the arrival of a backwards-looking Britpop scene in which British bands of the Sixties, and especially The Beatles, were considered gods.

It used to be the case that new music genres would sweep away the old – look at Johnny Rotten scrawling “I HATE” above a Pink Floyd logo on a T-shirt in Pistol, the new drama about the Sex Pistols. The grunge scene of the early Nineties made older metal bands look desperately uncool. Since Britpop, many acts are more inclined to chase the musical equivalent of a papal blessing from an ageing hero, and it’s not just the rock bands. Stormzy sought out McCartney’s advice on piano playing skills in 2019. McCartney’s highest streaming song on Spotify (outdoing all Beatles material too) is FourFiveSeconds, a 2015 collaboration with Kanye West and Rihanna.

It’s also the case that, almost 60 years since the first Beatles album, there’s so much material to dig through that there’s a gem for everyone. Check My Machine, a 1980 B-side with chipmunk vocals, a heavy bass groove and speech samples, could be a Gorillaz song. The urgent electronic pulse of Temporary Secretary, also from 1980, ended up a cult favourite in nightclubs. Uncle Albert/Admiral Halsey, little mentioned these days despite having been an American number one in 1971, is another oddity with its pace changes, posh vocals and phone and rain noises. And if you really want to hear McCartney doing something different, seek out his three albums of lengthy electronica as The Fireman, recorded as a duo with the producer Youth.

Prevented by Covid from embarking on his last tour, and from his original Glastonbury slot in 2020, he could have left it there and retired. Instead he made more music at home, and McCartney III, a spiritual successor to the freewheeling solo albums McCartney (1970) and McCartney II (1980) was generally received with real admiration rather than the obligatory approval that comes alongside respect for achievements long past. It was clear from the McCartney 3,2,1 series – whose format was simply Rick Rubin playing his old songs back to him really loud and watching his reaction – that he still loves his music to death. A fixture on the Sunday Times Rich List, he isn’t doing it for the money.

Like so many of the elderly giants that we must accept won’t be seen many more times – The Rolling Stones, Bob Dylan and even Her Majesty – it’s clear he’ll keep going until it’s physically impossible. And when he can’t sing them any more, these magical songs, and the elevating spirit in which they were made, will live forever. What a birthday present for all of us.

2022-06-13
Previous Post: Cannabis tourism: how a new travel trend is taking off
Next Post: Burned-out heroes: why bedside nurses should not have to be martyrs to be valued