Ms. Marvel review: A long-overdue shake up of the Marvel Universe 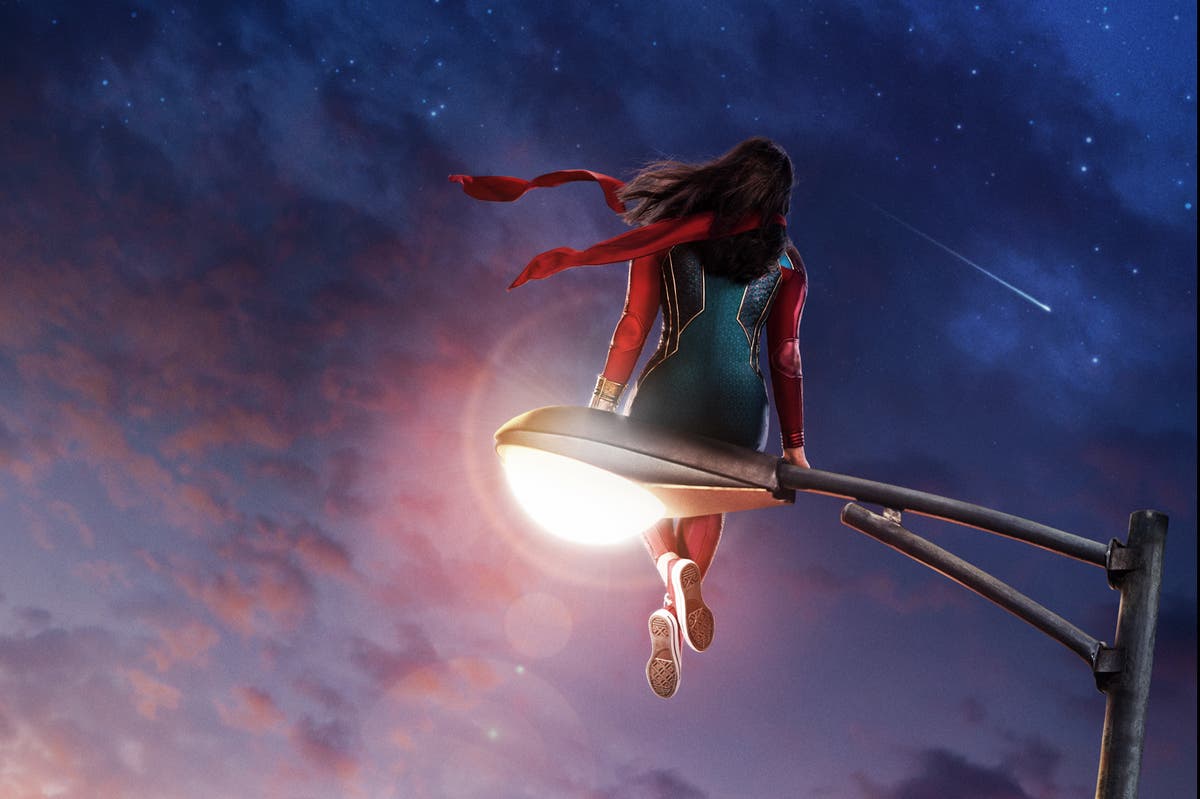 inally, it is here. After years of rumours, months of controversy and weeks of slowly-building hype, Kamala Khan finally has her own TV series.

And boy, does it deliver. Ms. Marvel doesn’t quite get everything right, but that doesn’t matter when a show is this engaging and the lead character is this good.

The latest of Marvel’s comic-book characters to get a real-life airing, Ms. Marvel is the superhero alias of Kamala Khan, here played superbly by Pakistani-Canadian actress and newcomer Iman Vellani.

Kamala started life as the first Muslim superhero to headline her own comic book in 2014, making it way past time for her to be making an appearance in the supremely white and uniform Marvel Universe (in a refreshing break from convention, the only white main character in this show is Kamala’s friend/ sidekick Bruno).

In contrast, Kamala’s world is a fusion of her American and Pakistani identities; of her burgeoning great power/ responsibility and her mopey teenage hormones: she watches Bollywood films with her family, goes to the mosque on Fridays and loves superheroes with a passion, specifically Captain Marvel, her idol (I mean, who doesn’t?).

In a neat twist on her origin story, Kamala’s powers also come from an ancient bracelet passed down through her family. And though there’s been plenty of controversy about just how her powers manifest (the original incarnation could enlarge and stretch her body, sort of like a combination of Elastigirl and Ant Man), in my opinion this way is far more interesting.

In the show, she can manipulate and harden light (“Let’s call it hardlight!” Kamala declares confidently), but the bracelet is also connected to her family’s trauma, showing her visions of the great-grandmother who vanished during the Partition.

However, a good premise is nothing without an engaging lead, and in this sense Vellani is a revelation, sliding effortlessly into the role of Kamala and imbuing her with a very real-feeling sense of teenage idealism and recklessness. She wants to forge her own identity, away from her strict parents; she wants her crush to notice her, and she also wants to be a superhero: naturally, the reality of doing all these things is quite different.

The other star of Ms. Marvel is the editing. A live-action show can never quite live up to the spontaneity and wackiness that animated films like Into the Spider-Verse did so well, but it comes damn close.

Almost every frame is inventively presented, with the comic-book drawings that Kamala loves so much popping into existence in the real world at every possible opportunity. In Ms. Marvel, reality is fluid: watching characters message each other is far more fun when said text appears as the neon lights of a shop window, or replaces text on a road sign.

In short, it’s almost as though we’re living inside Kamala’s head – and her head is a colourful place to be.

Of course, no Marvel show is complete without a bad guy, and this is where the show falters slightly – in the first two episodes we were shown, there isn’t one, threatening to strip Kamala’s journey of its purpose and making the episodes feel rather slow-paced.

But honestly, if you want bad guys, go to any other Marvel show for your fill of them. The real fun in this show lies in the sheer star magnetism of Vellani, the fusion of the Muslim-American diaspora with the Marvel juggernaut, and the colourful editing that pops off the screen.

Though the show isn’t perfect, it easily shakes off any lingering superhero fatigue by injecting fresh life into the genre. More please.

Ms Marvel is on Disney+ from June 8

2022-06-08
Previous Post: Quality Enhancement and Standards Specialist
Next Post: Gig economy: ride-hailing and takeaway firms may not survive the cost of living crisis