Inside London’s vital new LGBTQ+ cultural spaces: ‘Queer people have often had the crumbs from the table’ 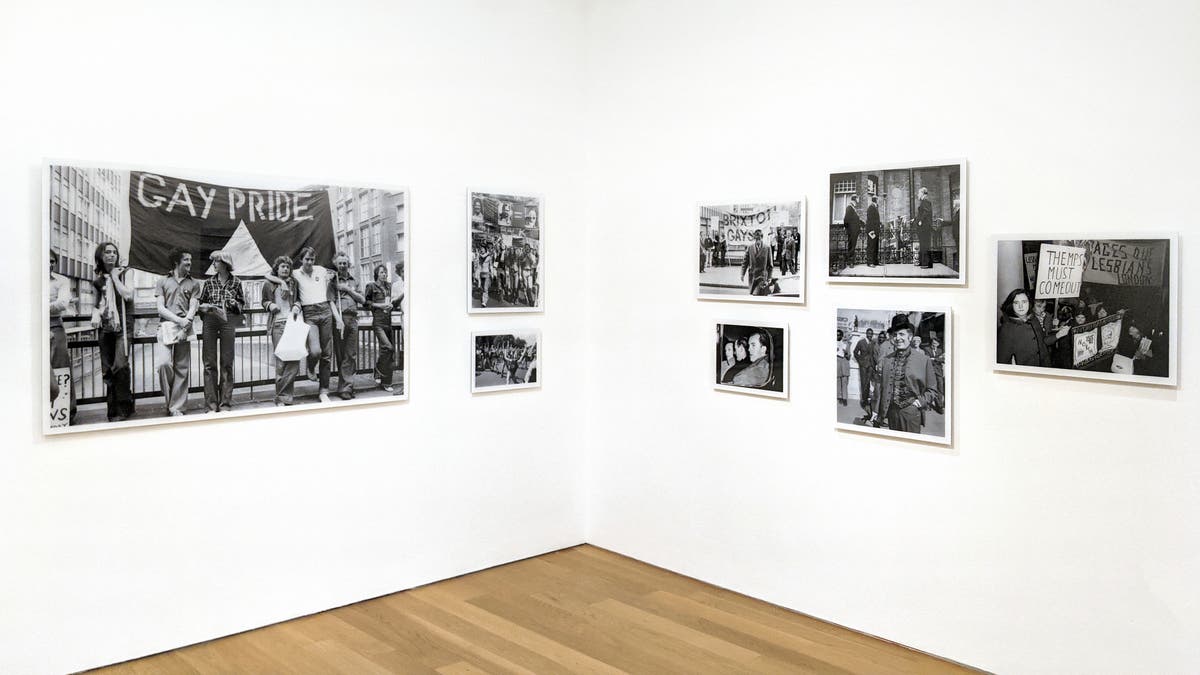 group of people as vibrant and intersectional as London’s LGBTQ+ community will invariably have a diverse set of needs and desires. To be visible. To belong. To have a refuge. The list is infinite. And just like any group of people, the queer community requires space to fulfil those needs. Despite the demoralising statistic that nearly 60% of London’s LGBTQ+ venues have closed in the last decade or so, there is a drive for more. And the launch of two new queer spaces – that, crucially, do not just centre around nightlife – is indicative of that momentum.

Queer Britain, the UK’s first museum dedicated to LGBTQ+ people, opened on May 5 in King’s Cross. The museum’s first temporary exhibition Welcome to Queer Britain serves as an introduction to the charity and what is to come. The opening feels significant for the community and in some ways it’s surprising that it has taken until 2022 to get here. Queer Britain’s director, ex-Gay Times editor Joseph Galliano, sums the feeling up: “Queer people have often had the crumbs from the table and were meant to be grateful for the crumbs from the table.” Well, not any more.

Queer Britain’s existence is then, in itself, a statement of defiance. “The history of LGBT+ people has been one of erasure and invisibility,” says Galliano. By providing a space to encounter – what is left of – queer history, the museum is a recognition that queer people have always existed and will continue to exist. The museum wants to be a place where the community “can look back at their past and understand where they’ve come from, in order to understand who they are now.” It is not just about identity and belonging – it’s also fulfilling the desire to feel seen and understood.

The project is inherently ambitious. The museum knows that. But there is a broad interest and a broad thirst for stories from marginalised communities. Galliano cites Tate Britain’s 2017 Queer British Art exhibition as a moment of significant drive in the cultural sector towards hearing more queer stories. “We’ve come to a point now with the younger generations where they demand and expect the right to be able to express their full selves – quite right too – in a way that hasn’t existed to that scale before,” he says.

That’s not to say that people outside of the community are not interested. But there are people who don’t necessarily understand why LGBTQ+ spaces are important. Going back generations, inadequate inclusive education in schools and a lack of representation in mainstream society, pop culture and politics (the UK has only just welcomed its first trans MP) has resulted in a lack of understanding of queer people in many areas of society. Education and representation is improving and Queer Britain wants to be a place for everyone – inside and outside of the community – to learn.

The importance of a queer space is hard to pin down when it is dependent on the requirements of the user. It’s why the opening of QUEERCIRCLE – a dedicated LGBTQ+ cultural space opening in Greenwich Peninsula’s Design District on June 9 – is equally as significant. While both organisations are wildly different in their makeup and their operation, both are there to serve the community.

QUEERCIRCLE promises to be a cultural space that uses learning and participation to “build social cohesions,” founder and director Ashley Joiner says. The space is set to house a main gallery, reading room and project space – playing host to physical and digital exhibition commissions, artist residencies and public programmes. The significance of the arts cannot be understated at QUEERCIRCLE. Their ultimate success will be “using the arts to break down social barriers and support the health and well-being of the LGBTQ+ and local community,” says Joiner.

But even within the arts, LGBTQ+ people are still marginalised. QUEERCIRCLE, however, know that it’s not a defining trait of a queer person’s identity and “it’s really important we recognise that we as queer people do actually think about other things,” says Joiner. The space’s first year theme of ecology has therefore been chosen specifically not to centre sexual orientation or gender identity. For Michaela Yearwood-Dan – the first artist to exhibit in the main gallery – her queer identity is not at the centre of her work as she says “it’s not hidden, but it’s not something which is put on the forefront.”

Yearwood-Dan says she’s fortunate not to have encountered much adversity as a queer person in the arts, though pointing out “it’s because they see my Blackness first.” But even so, for her, working with queer practitioners has meant there are things she doesn’t have to overly explain. There is a certain unspoken understanding. And it’s liberating. It’s a freedom that Yearwood-Dan hopes people will find in her installation (which she describes as a big mural with ceramics and botanical elements) as she remains “tentative about prescribing what someone should gain or receive” from her work.

The fact that Queer Britain and QUEERCIRCLE are both intersectional cultural spaces should not be lost. It’s significant because it’s a response to the needs of the community in that LGBTQ+ venues are moving away from being predominantly focused on nightlife. The importance of clubs and bars and the communities they create shouldn’t be dismissed but there is a growing recognition that queer people need spaces to build community and find belonging away from alcohol. “I’m very pro queer nightlife, even as a sober person,” says Joiner. QUEERCIRCLE isn’t a sober space but it does not have a bar, wanting to prioritise “meeting new people and having new conversations.”

On the rise of LGBTQ+ spaces branching out from nightlife, Galliano says it’s indicative of “an acknowledgement that, actually, there’s different ways of communities working together.” Creating more opportunities for a wider range of people to engage in LGBTQ+ culture can be no bad thing. QUEERCIRCLE’s self-described “holistic” programming will bring health and wellbeing into a non-clinical setting. It’s progress in action. And it’s thoroughly needed.

Neither venue views one another as competition. In fact, Joiner stressed that they are in close contact so as not to compete with one another but to complement. “That’s the beauty of diversity,” they say. And it’s true that a broad range of programmes will reach far more people. That – especially after a period of significant isolation – is vital. People will never stop coming out and needing to find their tribe. By having LGBTQ+ spaces as diverse as the community itself, there will always be a place of belonging for everyone.