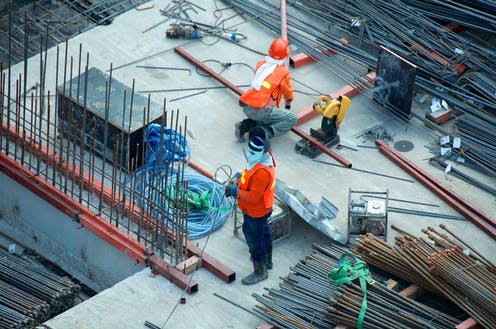 It tends to be overlooked, however, that this is only half of the tax rise. Employers also pay NI on their employees’ salaries, and their contribution amounts to about half of what the government generates from this tax overall. The employers’ rate has just increased from 13.8% to 15.05%, which is payable on all wages above £9,100 a year. Unlike the rate paid by workers, there’s no upper band at which the NI contributions reduce.

Although these contributions are paid by businesses in the first instance and will threaten their profits and any shareholder dividends, to some extent the costs will be passed on – to employees, in the form of lower wages, and to consumers, in the form of higher prices for goods and services. This is hardly good news in the midst of the current cost of living crisis.

Between half and two-thirds of increases in employers’ NI are passed on via lower wages, according to research findings. Overall, however, the extent to which increasing employers’ NI affects you depends on how much you earn: those with more money are proportionately less affected by the cost of consumer goods, and they have more bargaining power over their wages because they tend to be harder to replace.

Using the most recent data from the UK Office for National Statistics (ONS) from 2017/18, those in the lowest-earning 10% of households pay 3.3% of their income on employers’ NI (this is wages plus the effect on consumer prices). Those in the top 10% of households pay only 0.9% of their income. Our own research supports this idea that poorer households are more likely to suffer from an increase in employers’ NI contributions.

Employers’ NI isn’t the only issue

When the same ONS data combined employers’ NI with VAT, stamp duty and several other indirect taxes, the disproportionate effect on the poorest households remained substantial: they paid 35% of their income on these taxes as opposed to 10% for the wealthiest households (see the chart below, which breaks down households into ten levels of income, from 1 being the poorest to 10 being the wealthiest).

This points to similar issues with all current cost rises and inflation being faced by businesses. For example, UK businesses’ energy bills are not protected by the price cap in the way that consumers’ are, so they are more exposed to swings in the price of oil and gas. This, too, is going to end up being disproportionately passed on to poor people.

Businesses will take yet another hit from HM Treasury next April when the main rate of corporation tax rises from 19% to 25%. In a recent study based on German data, around 51% of corporation tax hikes were borne by employees via wage cuts, with low-skilled workers, women and younger workers being hit the hardest.