Valentine’s Day: the pressures of shopping for romance 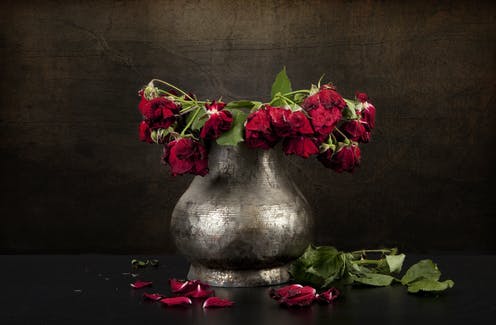 For many couples, Valentine’s Day is crunch time. Research has shown that romantic relationships are more likely to end on or around February 14 compared to almost any other time of the year. This may be why almost £1 billion is expected to be spent in the UK over the next few days on the traditional fare of cards, chocolates and jewellery.

Many of those items will be bought as genuine gestures of affection, or for the more economically minded, as proof that they are invested in the relationship. But the fact that the date has become so commercialised can also be a real turnoff. For while some consider it a cherished day of romantic bliss, to others, February 14 inspires feelings of loathing and revulsion.

And if you do choose to partake in the annual celebration, deciding on the right Valentine’s Day gift can be confusing. What does a box of chocolates signify? How many roses does it take to genuinely reflect the appropriate level of devotion?

Rather than feeling that they want to buy something lovely for the person they love, people may feel obliged simply to spend, such is the weight of tradition and expectation.

For many, particularly men, according to research, a subsequent coping mechanism is a shopping style which has been labelled “grab and go”. This is when a person enters a store, picks something up, and is ready to pay in as little as 30 seconds.

Meanwhile, it has been claimed that women are more likely to have escalating expectations, especially in their 20s, about what they should receive as a Valentine’s gift.

Some who had been in a relatively long-term relationship expected the level of lavishness to increase from year to year. And it is not uncommon for heterosexual women to consider it to be the man’s role to plan and create the perfect day.

For many, that perfection can only be achieved if it comes with the smell of a dozen red roses. Flowers are a big money spinner on Valentine’s Day and in 2019, £261 million was spent on bouquets in the UK. But research indicates that the chances of receiving a bunch of blooms depend on how the other person views the state of the relationship.

You are apparently more likely to buy flowers if you perceive that your personal needs, such as feeling loved, are being fulfilled. If you are strongly passionate about someone, you’ll probably give flowers in combination with a range of other gifts. Those who said they were “satisfied” with their romantic relationship were the least inclined to buy flowers for their partners.

To ease the pressure, then, it is always worth considering a more personal and low-key approach – something that the object of your affection will genuinely appreciate and enjoy. Extravagance isn’t always appreciated, for example, as giving branded goods is often received as a commercial gift rather than a message of love.

If you opt to play it safe with a gift card, go for a broad approach. Research shows that tokens for a specific shop or product are less appreciated and often end up unused.

But of course, expressions of love and affection need not be about spending money at all. One survey of 3,000 couples found that those who spent the most on engagement rings and weddings were the quickest to break up.

An alternative approach would be to embrace research that suggests that true happiness comes from spending time with the people you love and sharing experiences together. So perhaps the best option for Valentine’s Day is to forget about spending money on expensive gifts and make it about how you spend time as a couple instead. Try to do something that creates a fond memory – in a way that a wilting bunch of flowers never will.

Cathrine Jansson-Boyd does not work for, consult, own shares in or receive funding from any company or organisation that would benefit from this article, and has disclosed no relevant affiliations beyond their academic appointment.