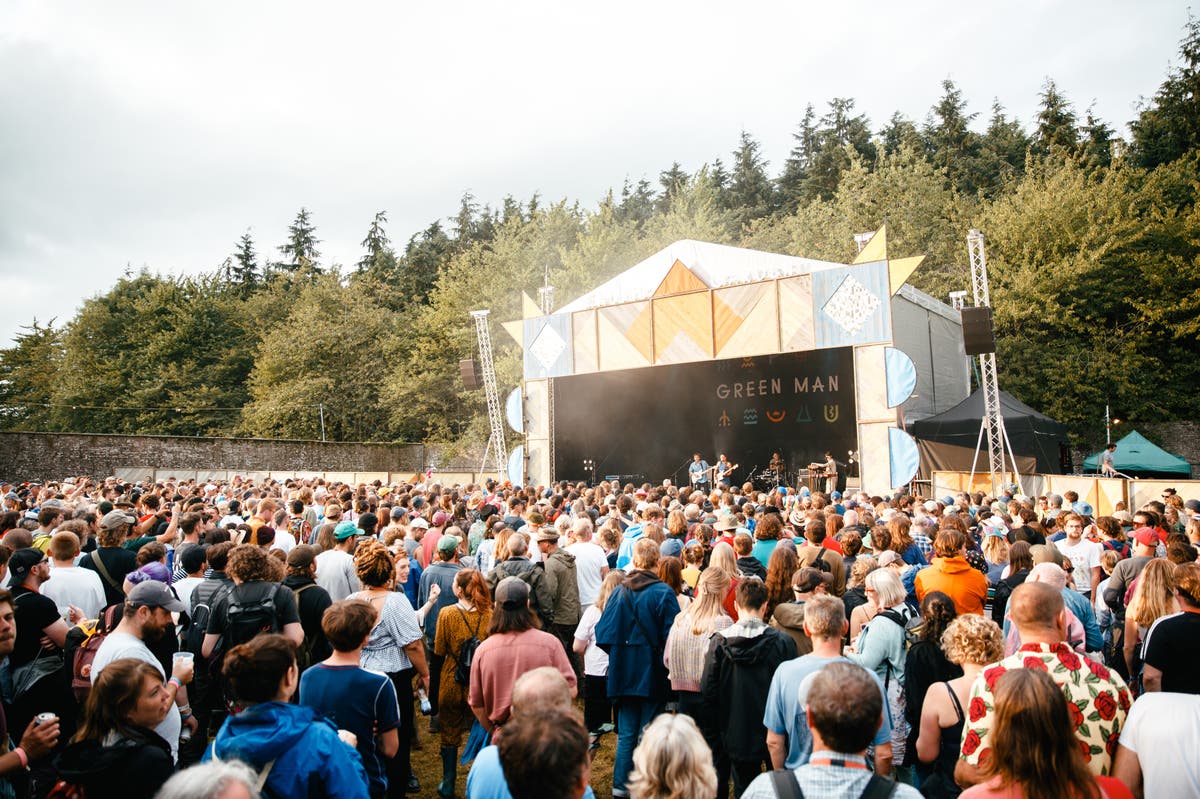 here were times when it didn’t look like it would happen, but the UK’s festival summer finally arrived in 2021 — and what a blast it was.

Now, festival-goers’ eyes are fixed firmly on the upcoming summer, which, all being well, should see a return to a full calendar of music.

Here, we’ve rounded up the major UK festivals to have confirmed their dates for this year, split into those with line-ups already announced, and those who are still yet to unveil the acts.

Europe’s biggest celebration of country music returns to the O2 with some of the biggest names in the genre from both sides of the Atlantic, spread across three venues in the UK and Ireland.

The place to go to catch a glimpse of the most exciting up-and-comers, spread across various venues on the south coast.

A family-orientated festival, but with a multi-genre line-up certain to keep the adults enthralled.

Who’s on the line-up? Placebo, The Flaming Lips, Patti Smith, Peter Hook and the Light, Amy Macdonald and more.

A new festival that made its debut on the London festival scene in 2021, this festival returns with an expanded two-day line-up blend of cutting-edge sounds from leftfield indie to jazz.

Dedicated to reggae, afrobeats and dancehall, this Brixton festival will be spread across six stages.

Always a nailed-on for the big names, this concert series runs more like a series of mini day festivals, with a headline act and a whole host of support acts.

It’s always nothing but good vibes at this south London festival, with a broad spectrum of dance music and sprinkling of live acts keeping the party going.

London’s best festival dedicated to techno and house returns to an as yet unnamed location somewhere in the capital.

The LGBTQ-friendly festival always has one of the best vibes in London with a line-up that never takes itself too seriously.

Taking us on a journey through jazz, soul, funk and beyond, the line-up here usually consists of legacy favourites and newer acts.

Its 2021 edition was resurrected in the form of a Government-backed pilot event, but the UK’s biggest festival for all things head-banging will return in its unadulterated form for 2022.

Make sure you bring along your dancing shoes to this festival, which brings together big names from across disco, soul, pop, funk and beyond.

A brand-new festival for 2022, it aims to be a blend of “music and ideas”, with musicians, comedians, artists, writers, activists and thinkers appearing across seven stages.

Who’s on the line-up? Grace Jones, Mavis Staples, Tom Misch, This Is The Kit, Seun Kuti & Egypt 80 and more.

Early bird tickets for Manchester’s biggest festival sold out in record time — keep an eye out for the next batch, which will no doubt be snapped up swiftly as well.

Always among the first major festivals of the season, with a line-up of chart-toppers and legacy favourites.

Where? Newport, Isle of Wight

Glastonbury is unquestionably good in normal times, let alone with the pent up emotion of two cancellations and a 50th anniversary to celebrate. If you were one of the lucky ones to nab a ticket back in October 2019 and have rolled it over to 2022, know that you’re in possession of solid gold.

Who’s on the line-up? Billie Eilish and Diana Ross, with more to be announced.

An ode to jazz, with a healthy lot of jazz, soul, funk and more. Expect a mix of genre icons and new innovators on the line-up.

Dealing in all things hard, fast and loud, this festival always promises a raucous time.

Set within the grand surroundings of Somerset House by the banks of the Thames, this open-air concert series spans 11 nights of music.

This Glasgow festival is always one of the liveliest music events north of the border, with a guitar-heavy line-up.

Not many festivals can claim to be held upon a UNESCO World Heritage site, but that’s the case at this festival mixing music, science and wider culture.

Who’s on the line-up? Björk with the Hallé Orchestra, plus more to be confirmed.

After returning for its 15th edition in 2021, this crowd-pleasing festival for all the family is making plans for 2022, with what will surely be a wide-ranging line-up and plenty to keep the kids entertained too.

Who’s playing? Madness, Gabrielle, The Subways, The Skints, Nadia Rose for the Thursday line-up, with other days announced soon.

Sheffield’s biggest city-based music festival is always a popular one, thanks both to its stacked line-ups and decent value tickets.

Back for the first time in three years, this Lake District favourite returns its typical mix of crowd-pleasing headliners.

One for the family-sized festival-goers, this one caters to all ages with a programme of events to keep the kids occupied, as well as the adults. A new sister event will launch in 2022 to run in Shropshire, in addition to the existing Dorset festival.

Returning to the bucolic surroundings of the Peak District for its 15th edition, this festival promises some of the best-known guitar bands in the UK, with plenty of emerging acts too.

Who’s on the line-up? Stereophonics, Courteeners, Blossoms, Manic Street Preachers, Nothing But Thieves and more.

One of London’s biggest dance music festivals, always with a reliably huge line-up of global DJs.

Sun (possibly), surfing and good music (almost definitely) are among the offerings at this beach-side festival.

A real gem of a festival, whose line-up spans multiple genres and whose programme covers everything from comedy to science, returns for its 20th anniversary edition.

Who’s on the line-up? Michael Kiwanuka, with more to be announced.

One of the London’s biggest festivals returns to its two-weekend, multi-genre spread of acts.

Who’s on the line-up? Tame Impala, The National, Gorillaz, Disclosure, Nick Cave and the Bad Seeds, and more.

Sandwiched in between All Points East, and moving back to its spiritual home of Victoria Park, Field Day continues with its dance-focused line-up.

A rite of passage for British festival-goers, these dual-running events are always among the biggest on the UK calendar.

Always one of the biggest dance music festivals on the calendar, Creamfields is a sure-fire gathering of some of the best-known DJs on the world circuit. It celebrates turning 25 in 2022.

Down on the south coast, this Portsmouth festival always draws in some big names, covering rock, britpop, indie rock, and more.

Who’s on the line-up? Stereophonics, James, Nothing But Thieves, The Wombats, Declan McKenna and more.

This celebration of Black culture returns to south London for its second edition.

A new one-dayer for 2022, with Chase & Status’s only London show of the year as the headline attraction.

A relatively new arrival on the London scene, this one is run by the same people who helm the Jazz Cafe in Camden. The venue’s focused eclecticism is matched on the festival’s line-up.

End of the Road

Another multi-disciplinary delight spanning the spectrum of music, comedy, literature, film and beyond, expect an exciting, discerning line-up.

Who’s playing? Pixies, with more to be announced.

Covering everything from grime and reggae, to house and drum’n’bass, to reggae and soca, this festival is aiming for a 50/50 gender neutral line-up in 2022.

Landing in a new north London home, and shrinking its line-up to a one-day affair, Lovebox is the place for a heady mix of rap, pop, dance and more.

This idyllic countryside retreat prides itself on being more than just a music festival — previous editions have brought in everything from comedy to stand-up paddleboarding.

Back after a five-year hiatus, tickets for this one sold out almost as quickly as they arrived.

This multi-arts one-dayer is blessed with one of the best festival sites in London, set within the grounds of Alexandra Palace and offering panoramic views of the capital.

A festival that prides itself on an international line-up, and all the vibrancy that such a thing brings with it.

Tickets are already running low for this five-day extravanganza, which is always one of the more surreal festivals in the calendar, so be sure to snap them up soon.

2022-01-27
Previous Post: Unilever: why the maker of Marmite is feeling the squeeze
Next Post: Ukraine and Russia: two countries whose memories of a ‘shared’ past could not be more different