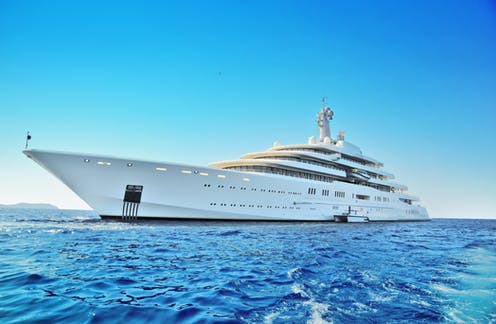 Demands for the super wealthy to pay more taxes are not new. But they don’t usually come from billionaires or millionaires.

Yet on January 19 2022, around 100 of the world’s richest people declared that the time has come for governments to take more of their money. In an open letter, they said their personal wealth should be used to improve public health and reduce extreme poverty.

The letter, entitled “In Tax we Trust” and signed by 102 extremely wealthy individuals, said: “While the world has gone through an immense amount of suffering in the last two years, we have actually seen our wealth rise during the pandemic – yet few if any of us can honestly say that we pay our fair share in taxes.”

It went on: “Restoring trust requires taxing the rich. The world – every country in it – must demand the rich pay their fair share. Tax us, the rich, and tax us now.”

So what are we to make of this apparently generous invitation? Could it actually mark a turning point in calls for a more progressive tax system, or is it a PR exercise driven by widespread pressure and criticism?

Certainly social media has allowed the world’s wealthiest to be mocked, challenged and criticised in a way that was never possible in the times of John D. Rockefeller or Henry Ford. The Dutch historian Rutger Bregman became an internet sensation in 2019 when he implored attendees of the World Economic Forum in Davos to “stop talking about philanthropy and start talking about taxes”. He added: “It feels like I’m at a firefighters’ conference and no one’s allowed to speak about water.”

These kinds of open challenges point to a noticeable shift in thinking about the value of billionaires and the need for a wealth tax.

Indeed, a closer reading of the letter raises the possibility that it was motivated as much by pragmatism as morality. It tellingly concludes with the warning: “History paints a pretty bleak picture of what the endgame of extremely unequal societies looks like…it’s taxes or pitchforks. Let’s listen to history and choose wisely.”

Perhaps then we should be cautious, even wary, when the world’s richest decide it is time for change. Notably, there is no mention in the letter of the global labour conditions crucial to the creation of extreme wealth or whether it is ever truly deserved.

There is also the fact that apparently philanthropic acts can also be used to prioritise the wealth of benefactors over empowering those it is meant to help. Famous charities often shield the super-rich from various taxes, while simultaneously granting them a great degree of control over who gets what in society.

The price of billionaires

The public acknowledgement by billionaires that they should be taxed more appears to be a clear recognition change is needed when it comes to addressing issues of global inequality, health and climate change. Yet it could also be viewed as another instance of what has been termed “woke capitalism” – an attempt by the people primarily responsible for various social problems to present themselves as the heroes of a generous solution.

In doing so, the argument goes, they deflect deeper questions of whether a society with a vibrant democracy, shared prosperity and ecological sustainability can actually afford billionaires.

A different approach is to view the very existence of the super-rich as a symptom of a failed economic system, rather than a celebration of its success. It means profoundly rethinking where wealth and value come from, and replacing the “cult of the CEO” in favour of alternative drivers of innovation and progress like public investment and human labour. It also means taking power back from the super-rich and expanding the democratic voice that people have in their workplaces and communities.

Getting billionaires to pay more tax therefore, is just one of many possible steps. More substantial transformations might include a universal basic income leading to an empowering post-work future, the rise of a social economy committed to placing people over profits, or moves towards a “degrowth economy” which could benefit the planet – and make everyone less dependent on the whims of the super-rich.