Energy prices: here’s what UK government can do to cut household bills 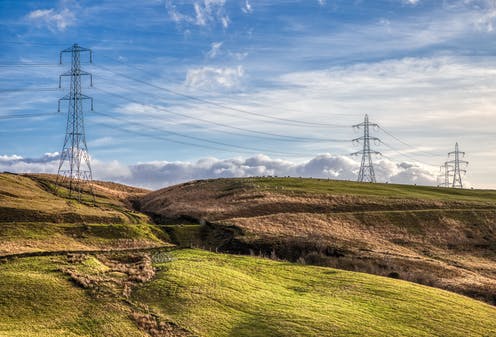 According to the boss of the UK’s biggest energy supplier, Centrica, high gas and electricity prices could last for two years. With many already unnerved by the fact that the average UK energy bill is set to rise in April by about 50% to nearly £2,000, this has further fuelled fears of a cost of living catastrophe in 2022 for millions of poorer households.

It is hard to find a definitive explanation for this situation from government ministers or industry leaders which goes beyond “global conditions”. But the truth is that recent domestic energy policies, and how the UK responded to international conditions, have also played their part.

For example, while it was still a member of the EU, the UK should have strongly opposed increasing dependence upon gas from Russia. Currently, the energy giant Gazprom provides around 40% of Europe’s requirements, a proportion likely to increase if the new Nord Stream 2 pipeline to Germany is given the go-ahead to be used. Apart from the geopolitical concerns of giving so much leverage to Vladimir Putin, it surely makes economic common sense not to be over reliant on just one supplier.

After the closure of its biggest gas storage facility, the UK was at least wise enough to have increased the volume of imports of liquefied natural gas (mostly from Qatar) as well as pipeline deliveries from Norwegian gas fields. But there are local measures to be considered too.

For example, the government should be taking a stronger position on developing the Cambo oil field off the Shetland Islands. Facing political pressure, Shell pulled out of the project at the end of 2021, while the largest investor is reportedly getting cold feet. This could mean leaving the production of an estimated 53.5 billion cubic feet of gas undeveloped, not to mention 180 million barrels of oil.

This is a missed opportunity to source oil and gas where it is needed rather than using energy to transport it across the globe. It also represents a significant loss to the broader UK economy, where tax revenues from the offshore oil sector have fallen in the last year to £250 million. In 2015 the figure was £500 million.

There are also 150,000 people working in the UK offshore sector, for which Cambo might have secured jobs. And while we would all like to reduce our carbon emissions, the reality is that the world will continue to consume around 100 million barrels of oil every day for a long time to come.

Why is it preferable to encourage international companies to source oil off Angola or Malaysia? If it is going to be used in the UK, it is better to produce it in the UK, creating jobs and boosting tax revenues.

The same applies to the UK’s large shale gas reserve potential, which is being foreclosed over concerns about earthquakes.

And while the UK cannot set the international wholesale price of natural gas, there are domestic policy changes which could significantly mitigate the current situation.

To address higher retail prices for gas and electricity, numerous commentators have been making the point that Ofgem, the energy regulator, could reduce or eliminate the green levies and network charges being used in support of renewable generation. According to Ofgem, nearly half the consumer energy bill comprises network costs and environmental costs, while less than 30% is the wholesale price of energy.

In effect, wealthy people living in a large detached home with a heat pump and solar panels are being subsidised in consuming renewable energy by low-income families living in rented accommodation.

Support for investment in renewable energy needs to be changed, moving the burden from consumers to investors. Currently, with the network providing connection to the grid plus energy sources to back up intermittent output, renewable investors have a free ride. Levies which fund this should not be included in household energy bills when investors could easily absorb the cost without it acting as a deterrent.

On the subject of bills, cutting VAT on fuel would be useful, but the benefits would not be large. As for the recently floated idea of a windfall tax on offshore oil, this is not a solution. Taking away profits whenever prices happen to increase is a guaranteed way of discouraging price-reducing production.

For the time being, the UK now has the worst of both worlds: a misguided attempt to combine competition between energy retailers with price caps on what consumers pay for their bills. Instead it should either let prices be determined by markets and provide help to those in fuel poverty, or regulate the price, guaranteeing a return to energy retailers. Not a mix of the two. So although the UK cannot determine the global price for energy, the government still has plenty of options which it could use to improve the situation for millions of struggling bill payers.

Lawrence Haar does not work for, consult, own shares in or receive funding from any company or organisation that would benefit from this article, and has disclosed no relevant affiliations beyond their academic appointment.

2022-01-15
Previous Post: How Russian is Ukraine? (Clue: not as much as Vladimir Putin insists)
Next Post: Is the party over for Boris Johnson? This polling detail suggests it could be