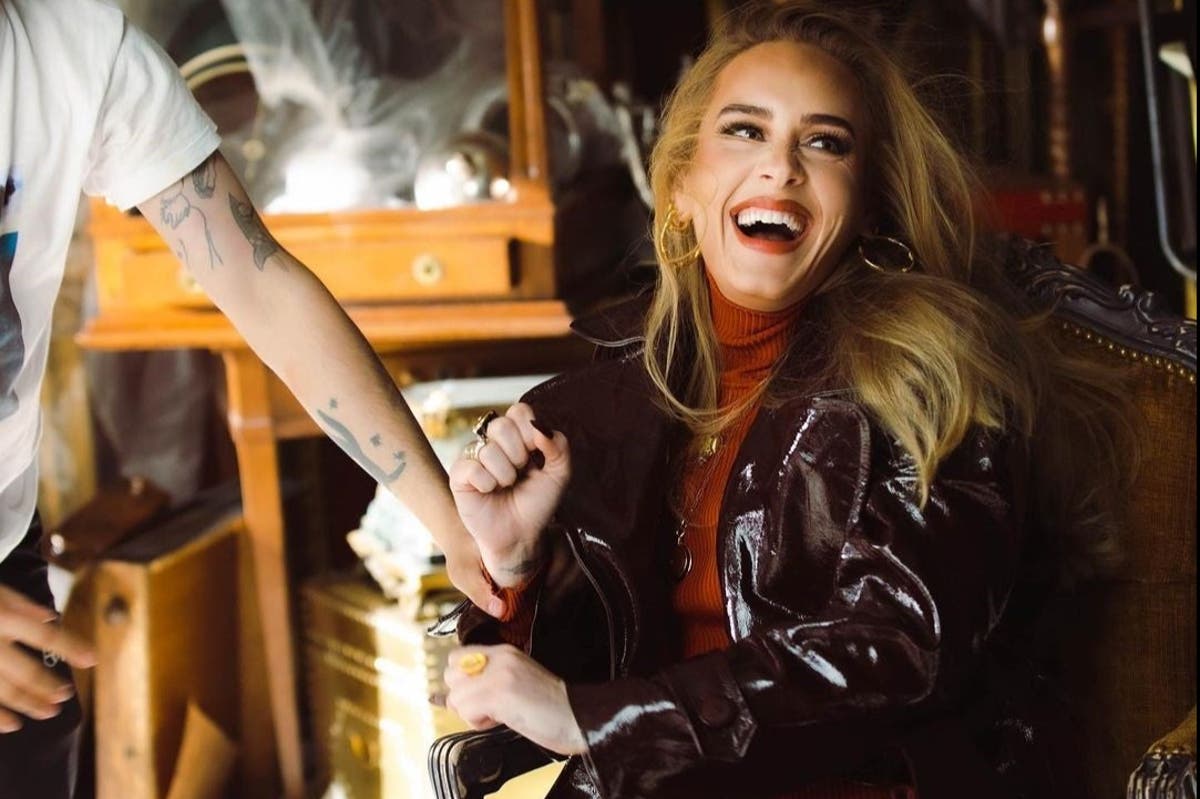 Speaking to Vogue ahead of the album release, the 33-year-old revealed that her wellbeing suffered as her marriage ended: “My anxiety was so terrible, I’d forget what I had or hadn’t said to [son] Angelo about separating.”

The singer’s therapist suggested she record conversations with him so that she could listen back and reassure herself. Snippets of these private moments can be heard in My Little Love, a poignant love letter to her child.

“Mummy’s been having a lot of big feelings recently,” Adele says in that warm, familiar London accent.

“Like how?” asks her little boy. The singer attempts to explain: “Just like… I feel a bit confused… I feel like I don’t really know what I’m doing.”

That feeling of being overwhelmed and lost in a world of decisions is common for those with anxiety. As someone who can relate to that panic, my natural reaction is to curl up in a ball and hide from the stress but here Adele is, hashing it out with her emotions for all to hear on what’s sure to be a best-selling album.

By speaking so openly with her son and then going on to be able to discuss it in nearly every magazine out there, Adele is a reminder that nobody has it easy, mental health affects most of us at some point and there is no harm in talking about it.

Within its gentle soul melody, My Little Love sees the singer try to explain to her nine-year-old why she has disrupted his small world. She sings about how she’s “sorry if what I’ve done makes you feel sad” and “I know you feel lost, it’s my fault completely”.

The song later features a heartbreakingly tearful Adele confess to listeners that, “I’m having a bad day, I’m having a very anxious day”.

The emotion in the singer’s voice is palpable and it is devastating to hear her try to come to terms with this new way of living, all while battling with the guilt she feels for her actions and helping her son adjust: “I feel like today is the first day since I left him that I feel lonely… and I never feel lonely.”

But amidst the anguish of her words, comfort can be found in the fact that by speaking so candidly, Adele is showing so many others silently struggling with their mental health that they are not alone.

While Adele has never been one to shy away from using her personal experiences as song subject matter, embracing her mental health difficulties in such a raw and honest way on 30 could help many.