Budget: Rishi Sunak should be preparing for a decade of disruption, not an age of optimism 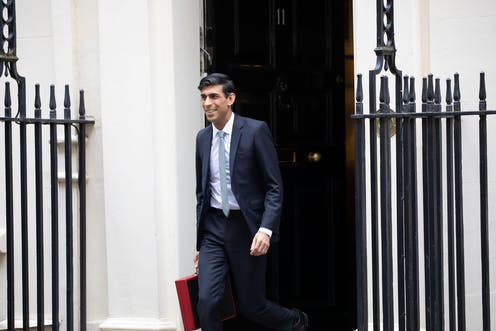 Rishi Sunak may well live to regret declaring 2021 the age of optimism. A more suitable quote for our times (for any time) would rather be Benjamin Disraeli’s “I am prepared for the worst, but hope for the best.”

Personally, I hope for the best as well – I am sure we all do – but sometimes optimism is just not enough; sometimes we actually need to have a realistic plan. Not being prepared for the worst may make the worst more likely to happen. In this sense, the autumn budget seems a missed opportunity to rethink our approach to the UK in particular and the global economy in general.

No one would argue that the pandemic hasn’t made the UK economy worse, of course. But it came after a decade of falling real earnings and poor productivity, at a time when the UK had barely (if at all) begun to repay the loans taken out to stabilise the economy when globalised financial engineering let it down in 2008.

In 2019, many economists had already been expecting a significant economic correction. So while the UK economic activity might not have fallen 10% in 2020 without COVID, there was always a good chance of a difficult year.

Sunak is now saying that thanks to the government COVID support measures (without which, to be fair, the impact of COVID would have been much worse) and having been unshackled from the EU, the UK economy is coming roaring back. He told the Commons in his autumn budget speech that UK growth and the public deficit are in far better shape than expected a few months ago, and perfectly primed to capitalise on the COVID recovery in the years ahead.

But expectations of a COVID recovery seem to ignore long-term economic and ecological trends. The wider context is that the global economy has been living beyond its means for a long time. Any “growth” that we have experienced over the last four decades has not come from increased prosperity, but by borrowing against the future.

Prior to the COVID crisis, data from the World Bank indicates that global financial debt had been growing at twice the rate of GDP for five decades. In other words, for every £1 increase in global expenditure (as measured by global GDP), there has been a £2 increase in debt. This global pattern is broadly replicated in the UK. It is not clear how will we repay this debt if we could not even live within our means in the “good” years before 2008.

The other form of debt we have been running up is of the environmental variety. The ecological debt that future generations will have to pay – or more accurately, the reduced standard of life which will result from our actions today – can be measured in various ways. One is Earth Overshoot Day, which calculates how far into a given year our demand for ecological resources exceeds what can be regenerated in that year – in 2021, that moment occurred on July 29.

According to economists such as former US treasury secretary Larry Summers, we are in an era of long-term low growth – known in the trade as secular stagnation. Many would argue that this is linked to the huge increase in global debt over the past few decades.

As if this wasn’t challenging enough, the days of cheap oil and gas are arguably over. Some say the recent spike in energy prices will cause a re-run of the “stagflation” faced in the 1970s. Others argue that at least in the 1970s there were egalitarian consolations like decent affordable housing and free university education, and we will not be so lucky this time.

Combined with the fact that there is also likely to be a slowdown in the coming years because of climate change, this all looks likely to reduce employment opportunities. Even before COVID, the global labour market only provided “good jobs” – meaning jobs that give a measure of security to plan for the future – for just one third of the adult population. In future, the world labour market will undergo further radical transformation as a result of automation.

Finally, the green transition – urgent though it is – is not going to be easy. For example, the UK government is aiming to reduce CO₂ emissions by 78% compared to 1990 levels by 2035. Before the pandemic, emissions had fallen by nearly 40%, but reaching the next stage will be very disruptive. Recall that the significant disruption to the global economy from COVID only reduced global emissions by 7%.

The time that is given to us

We of the present have great power over the future. Essentially, we are building it, or tearing it down, on a daily basis. If we are to arrive at a better future, we must learn the lessons of history.

The economic policies of the past four decades – based on globalised free markets, optimism and a reliance on finance – have failed to deliver generalised prosperity or sustainability. A responsible government therefore needs to plan for a future using a different approach.

To give a couple of examples: Rishi Sunak should have been announcing a range of market-shaping interventions designed to promote energy efficiency and less reliance on fossil fuels while implementing policies to keep energy affordable at the level of necessities. In addition, the government needs to be thinking about redesigning social security so vulnerable people’s lives are not impacted severely by the transition to the new economy.

Optimism has its place, but we ought not to trust the future to it.

Kevin Albertson does not work for, consult, own shares in or receive funding from any company or organisation that would benefit from this article, and has disclosed no relevant affiliations beyond their academic appointment.

2021-10-28
Previous Post: Drink spiking: why so little is still known about this horrifying trend
Next Post: Nipah virus: could it cause the next pandemic?