Rare works from Banksy going under the hammer 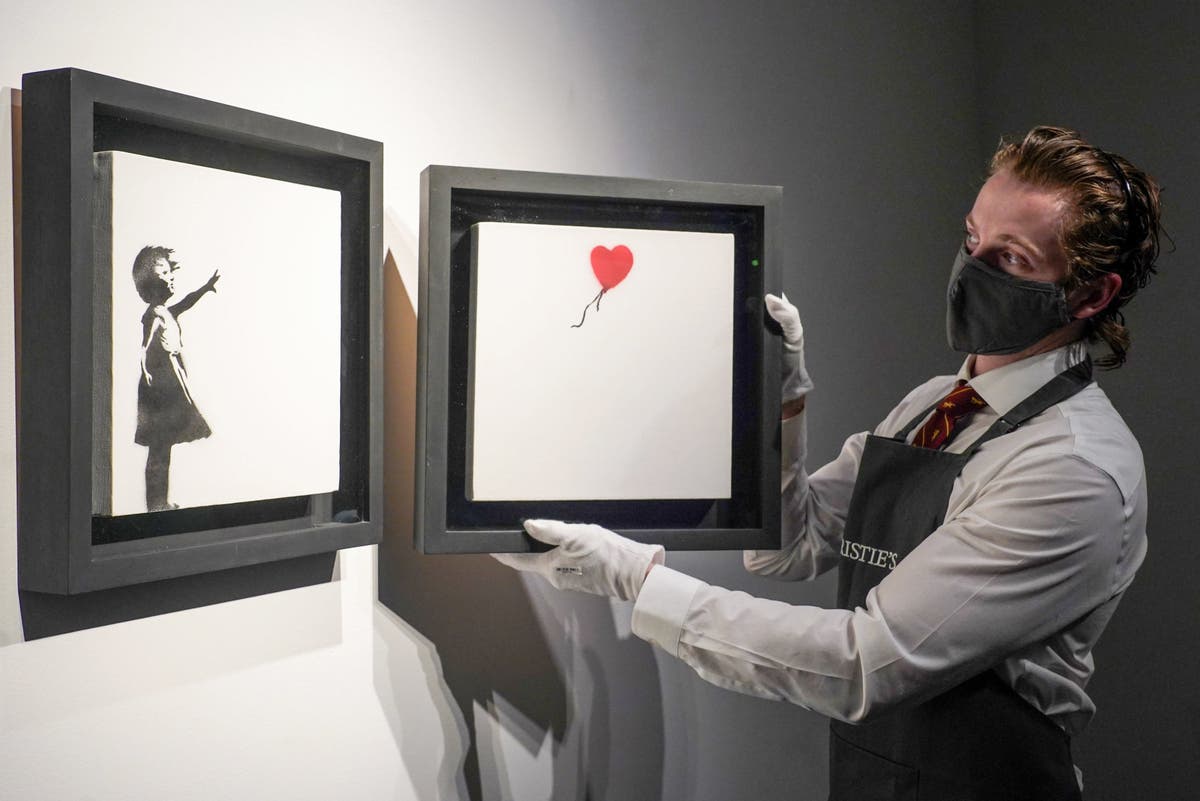 rare version of one of Banksy’s most famous works has gone on show at Christie’s in London.

Girl With Balloon (Colour AP – Gold) is being sold as part of a Christie’s online-only sale devoted to prints and editions by the street artist and is expected to fetch £3.5 million.

The first of the two paired images depicts a small girl reaching towards the sky while the second shows a heart-shaped red balloon, an image often used by the anonymous artist, floating away on the wind.

Also featured in the sale on Monday October 15 will be post-war Italian art and work by David Hockney.

It follows a print sale that closed last week.

The image of the girl with the red balloon is one of Banksy’s most popular works, but there were a limited number of signed artist’s proofs made in other colour variations.

The painting, re-titled Love Is In The Bin after the shredding, is back on offer and will appear at a Sotheby’s auction in October.

It has an estimated price of between £4-6 million.