CGI influencers: when the ‘people’ we follow on social media aren’t human 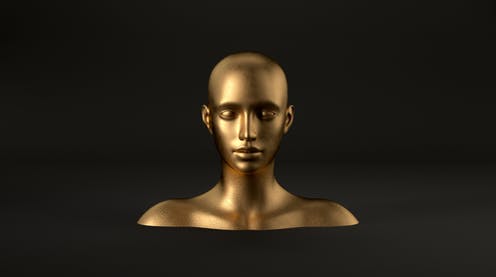 Social media influencers – people famous primarily for posting content online – are often accused of presenting artificial versions of their lives. But one group in particular is blurring the line between real and fake.

Created by tech-savvy teams using computer-generated imagery, CGI or virtual influencers look and act like real people, but are in fact merely digital images with a curated online presence.

Virtual influencers like Miquela Sousa (known as Lil Miquela) have become increasingly attractive to brands. They can be altered to look, act, and speak however brands desire, and don’t have to physically travel to photo shoots – a particular draw during the pandemic.

But what can be a lack of transparency about who creates and profits from CGI influencers comes with its own set of problems.

CGI influencers mirror their human counterparts, with well-followed social media profiles, high-definition selfies, and an awareness of trending topics. And like human influencers, they appear in different body types, ages, genders and ethnicities. A closer look at the diversity among CGI influencers – and who is responsible for it – raises questions about colonialism, cultural appropriation, and exploitation.

Human influencers often have teams of publicists and agents behind them, but ultimately, they have control over their own work and personality. What happens then, when an influencer is created by someone with a different life experience, or a different ethnicity?

For centuries, black people – especially women – have been objectified and exoticised by white people in pursuit of profit. While this is evident across many sectors, the fashion industry is particularly known for appropriating and commodifying black culture in ways that elevate the work and status of white creators. The creation of racialised CGI influencers to make a profit for largely white creators and white-owned businesses is a modern example of this.

The sheen of CGI influencers’ surface-level image does not mask what they really symbolise – demand for marketable, lifelike, “diverse” characters that can be easily altered to suit the whims of brands.

I recently gave evidence to a UK parliamentary inquiry into influencer culture, where I argued that it reflects and reinforces structural inequalities, including racism and sexism. This is evident in reports of racial pay gaps in the industry, and the relentless online abuse and harassment directed at black women.

CGI influencers are not exempt from such issues – and their existence raises even more complex and interesting questions about digital representation, power, and profit. My research on CGI influencer culture has explored the relationship between racialisation, racial capitalism and black CGI influencers. I argue that black CGI influencers symbolise the deeply oppressive fixation on, objectification of, and disregard for black people at the core of consumer culture.

Critiques of influencers often focus on transparency and their alleged “authenticity”. But despite their growing popularity, CGI influencers – and the creative teams behind them – have largely escaped this scrutiny.

As more brands align themselves with activism, working with supposedly “activist” CGI influencers could improve their optics without doing anything of substance to address structural inequalities.
These partnerships may trivialise and distort actual activist work.

When brands engage with CGI influencers in ways distinctly tied to their alleged social justice credentials, it promotes the false notion that CGI influencers are activists. This deflects from the reality that they are not agents of change but a byproduct of digital technology and consumer culture.

The Diigitals has been described as the world’s first modelling agency for virtual celebrities. Its website currently showcases seven digital models, four of whom are constructed to appear as black through their skin colour, hair texture, and physical features.

The roster of models includes Shudu (@shudu.gram) who was developed to resemble a dark-skinned black woman. But it has been argued that Shudu, like many other CGI models, was created through the white male gaze – reflecting the power of white and patriarchal perspectives in society.

Shudu’s kaleidoscope of Instagram posts include an image of her wearing earrings in the shape of the continent of Africa.

One photo caption reads: “The most beautiful thing about the ocean is the diversity within it.” This language suggests Shudu is used to show how Diigitals “values” racial diversity – but I argue the existence of such models shows a disrespect and distortion of black women.

CGI influencers are another example of the colonialist ways that black people and their cultures can be treated as commodities to be mined and to aid commercial activities by powerful white people in western societies.

Since I began researching this topic in 2018, the public-facing image of The Diigitals has notably changed. Its once sparse website now includes names of real-life muses and indicates its ongoing work with black women. This gesture may be meaningful and temper some critiques of the swelling number of black CGI influencers across the industry, many of which are not apparently created by black people.

A more pessimistic view might see such activity as projecting an illusion of racial diversity. There may conceivably be times when a brand’s use of a CGI influencer prevents a real black influencer from accessing substantial work. The Diigitals working with actual black people as “muses” is not the same as black people creating and directing the influencer from its inception. However, it is important to recognise the work of such real black people who may be changing the industry in impactful ways that are not fully captured by the term “muse”.

The Conversation approached The Diigitals for comment, and founder Cameron-James Wilson said: “This article feels very one-sided.” He added: “I don’t see any reference to the amazing real women involved in my work and not having them mentioned disregards their contributions to the industry”. The Diigitals did not provide further comment. The article was expanded to make a more substantial reference to the real women The Diigitals works with.

Francesca Sobande does not work for, consult, own shares in or receive funding from any company or organisation that would benefit from this article, and has disclosed no relevant affiliations beyond their academic appointment.

2021-09-30
Previous Post: Coffee bean prices have doubled in the past year and may double again – what’s going on?
Next Post: Cookstoves feed the world. But they’re also a killer