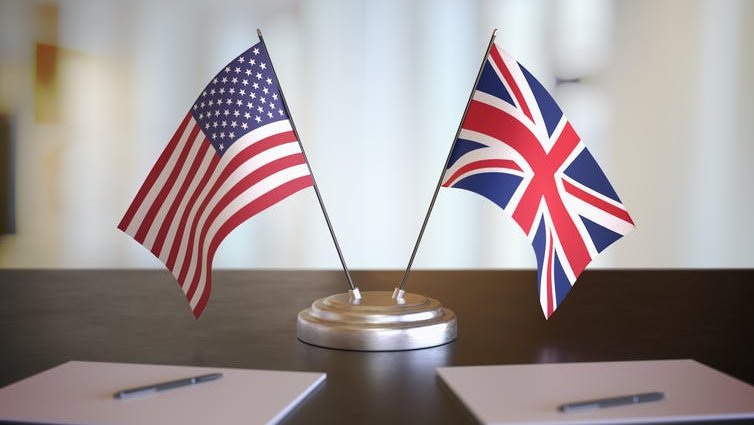 A trade deal between the UK and the US was once counted as a great potential prize of Brexit. But now those plans have been delayed, with no clear timetable in sight.

Downplaying expectations of an agreement between the two countries before he met with the US president on September 21, British prime minister Boris Johnson said that Joe Biden had a “lot of fish to fry”.

The apparent frostiness of the Biden administration swiftly led to suggestions from unnamed British government sources that the UK might instead apply to join the US-Mexico-Canada (USMCA) agreement as an alternative.

The difficulty, of course, is that nobody knew how seriously to take this. There was back tracking soon after, with a Downing Street spokesperson insisting the focus was still a direct deal with the US.

After all, there are towering obstacles to the UK joining the USMCA in practice. For a start, doing so would require the agreement of all three existing members. The fact that they do not appear to have even been consulted about the possibility is something of a diplomatic faux pas and makes the entire situation even stranger.

If the current US administration is unwilling to negotiate a bilateral free trade agreement with the UK, why should it be more predisposed to negotiate a quadrilateral one?

From Joe Biden’s perspective, the political risks are considerable. Given the present scepticism towards trade agreements among a significant minority of the US public, securing a new one would by no means be universally popular. And at a time when the Democrat majority is wafer-thin and the world is still reeling from the pandemic, it’s a big ask to expect him to focus on including the UK within the USMCA.

As for Canada, it already has a trade agreement with the UK (rolled over from the agreement struck between Canada and the EU) and the two are currently in negotiations to deepen and extend this.

That the Canadians might be nonplussed by the idea of the UK joining the USMCA without any warning seems understandable. It is also, like Mexico, a member of the Comprehensive and Progressive Trans-Pacific Partnership – another group the UK has applied to join. It is difficult to see either of these two countries seeing any benefit from expanding the USMCA to include the UK. What’s in it for them?

Similar questions might be asked of the UK’s motivations. Our own research related to Canada, for example, suggests that the impact on trade and GDP of any further deepening of ties beyond bilateral agreements (both those already in place and any yet to be completed) would be small at best.

Given the challenges of distance and geography, as well as the relatively modest size of the Mexican and Canadian markets relative to the US, EU and China, any benefits would be minor.

And even an exclusive agreement with the US would have only a tiny impact on UK GDP and living standards. The Department for International Trade estimates between 0.05% and 0.36% of extra GDP from an ambitious deal, and somewhere from 0.02% to 0.15% based on a – perhaps more realistic – limited free trade agreement.

To make those rather abstract figures feel real, that would equate to a pay rise of anywhere between roughly 50 pence and £9 per month for the average British worker.

Nor would an eventual deal with the US benefit every sector of the British economy. Agriculture and food processing could be particularly at risk, depending on the specifics of any agreement. There are also broader questions of what the UK would be willing to sacrifice. For example, would British consumers be prepared to import and buy food from animals treated with hormones?

For the time being then, it seems that the UK faces an uphill battle to secure meaningful further access to the markets of the American continent. There appears to be little appetite from across the Atlantic to reach for much beyond the status quo.

For the UK, a more realistic approach might be to work to gradually secure a reduction in various non-tariff barriers over time. Anything more than that seems, right now, like something of an unattainable prize.