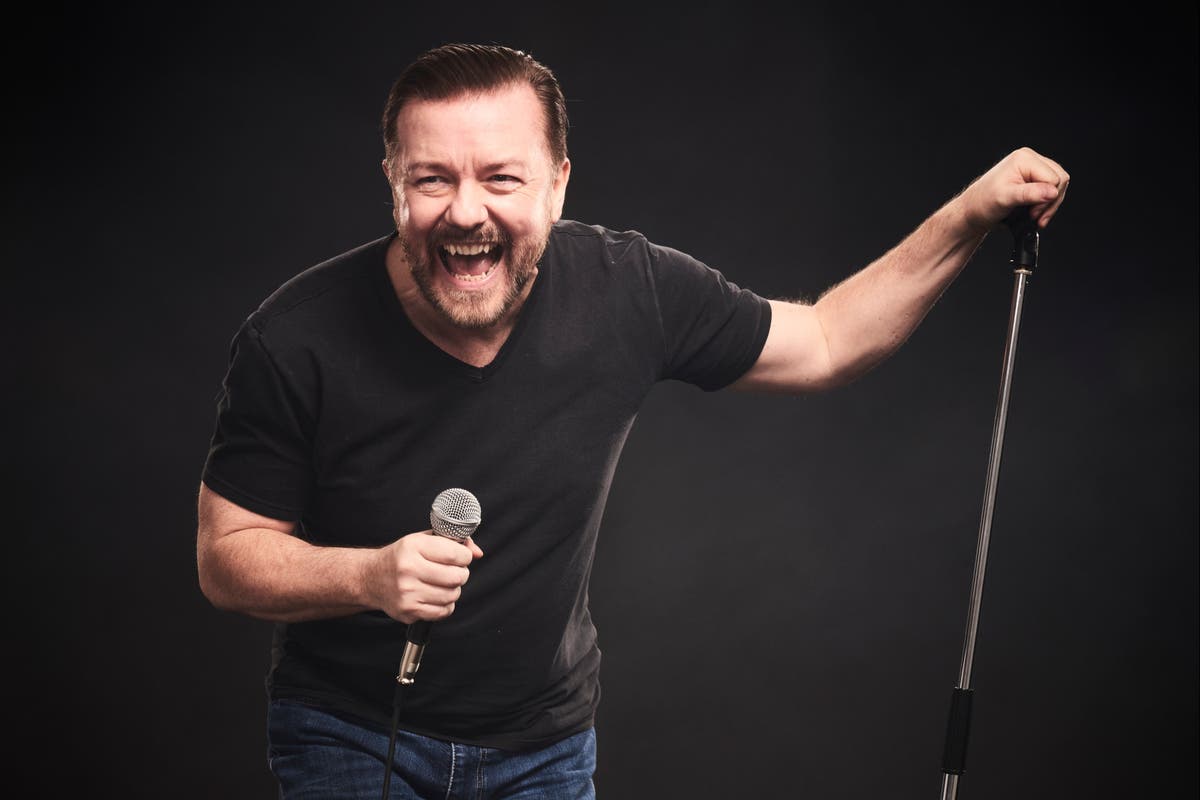 very comedian needs a catchphrase and Ricky Gervais finally has one. “That won’t get in.” He said it last night every time he delivered a risque riff that he thought would not make the Netflix version of this show. Gervais is a terrific stand-up, but, boy, does he push things to the limit at times.

He set out his position early on, with a tirade against “woke” comedy. What he said he would rather watch than woke jokes – it involved disgraced comic Louis CK and a sex act – was one of many quips that kicked hard against modern sensibilities.

Gervais, in trademark black top and jeans, repeatedly found the humour in provocation. It would be easy to lift a simple swipe, about dead babies or transgender issues, out of context. He is a combination of Jonathan Swift, cheeky musical hall icon Max Miller and Jimmy Carr, cutting as close as possible to the bone to make his points.

Elsewhere he was on gentler ground singing the praises of cats and dogs. The show is called SuperNature because of his love of the natural world, but in the two years since he first started touring this the material has evolved. There is less about nature and more about the nature of offence and humour as an escape valve.

Occasionally the subject matter veered towards low hanging fruit. Like most comedians of his age, Gervais has gone through the indignity of a rectal examination and he mined it for plentiful laughs here, recalling an awkward conversation mid-probe. He steered clear of politics though, apart from a brief digression to suggest that Boris Johnson is “out of his depth,” possibly his least contentious remark of the night.

While he is often politically incorrect and, at times utterly childish, this is a consistently funny show in which he wears his University of London philosophy degree lightly. There are not many stand-ups that reference psychologist Jean Piaget and also tell smutty stories about naked men in gyms. At 60, Gervais is the oldest kid on the block. Leave your woke-ometer at home and enjoy him.

It helps that he plays low status, admitting, for example, that he is overweight but loves wine too much to do anything about it. Unlike the star this is a lean show, running at a tight 75 minutes. If he is correct about his edgier material being excised when SuperNature is filmed for Netflix that iteration may be substantially leaner.

2021-09-18
Previous Post: Cristiano Ronaldo banned from changing lightbulbs in his mansion in case he injures himself, says Georgina Rodriguez
Next Post: Sunseeker sets new record at the Bournemouth Air Festival