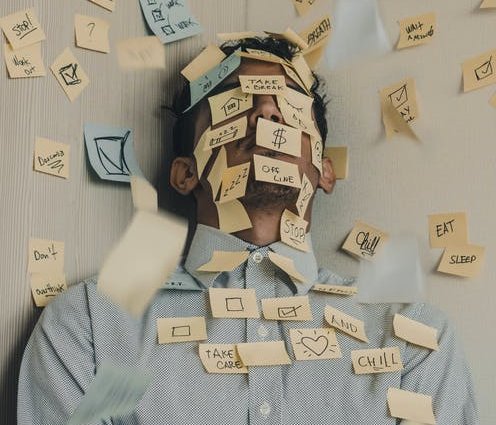 Scotland is to become the latest nation to trial a four-day working week, after the SNP government announced it was setting up a £10 million fund to enable some office businesses to cut workers’ hours without reducing their pay.

Similar trials are underway in Ireland and Spain, following on from trials in Iceland several years ago. Some English firms have also been experimenting with four-day weeks, while other nations such as Japan are encouraging their employers to think about it too.

But how helpful is a four-day week for workers really – and how realistic? The truth is that there are problems with this attractive idea that tend to be ignored by the enthusiasts. So what are they and can they be overcome?

Productivity and the 40-hour week

At the heart of a nation’s economic activity is productivity, which in this context refers to the total output of each worker over a particular time period. In the UK at least, the traditional view is that a full-time working week of approximately 40 hours is the way to maximise people’s productivity.

“Eight hours labour, eight hours recreation, eight hours rest” was the phrase coined in 1817 by Robert Owen, the famous mill owner, philanthropist and labour rights activist. This vision of a five-day, 40-hour work week is rooted in an industrial setting, when most people worked outside the home, in factories and other manufacturing facilities. In such a setting, working from home or outside of business hours was impossible.

Those days are long gone, and two-income households are no longer rare. Nowadays, when both members of a couple would normally be working, there is less time for children, looking after older relatives, chores, errands, preparing food and everything else that is undertaken outside of working hours. Managing these tasks has become ever more complicated and stressful.

A four-day working week should therefore be a massive relief, so it’s easy to see why lots of people are in favour of it. So where’s the problem?

The average working week in the UK is now 42.5 hours, and the nation is also the unpaid-overtime capital of Europe. As many as two-thirds of employees are said to work longer than their contracted hours, averaging 6.3 hours of free labour per week, usually sitting in front of a computer or smartphone at home.

This implies that employers are unlikely to be able to afford to reduce each employee’s workload – particularly after the financial pain of the pandemic. Many employers signing up for a four-day week would probably therefore expect workers to undertake the same amount of work within four days that was undertaken previously in five.

Assuming that the average person is currently spending all their working hours actively working, doing the same job in four days would mean working over 12 hours a day. That’s considerably more than Robert Owen’s eight-hour day, and clearly not feasible for the majority.

Even if it was feasible, it wouldn’t be very productive. Research shows that medium-skilled employees who work in front of a computer and work beyond 4.6 effective hours a day produce smaller quantities of output per hour due to fatigue. For more inexperienced employees, the numbers are worse. People who work excessively long days also have lower levels of overall wellbeing.

While people have been working at home during the pandemic, they have not necessarily been working longer hours but the hours they have worked have been more intense, with fewer breaks and less movement between tasks and locations.

This actually produced short-term productivity gains, but this shouldn’t be a cause for celebration: with increased work intensity and more porous boundaries between home and work, employees found it difficult to mentally remove themselves from work, further raising the risks of exhaustion. Having to work even more intensively over four days is arguably more than many could cope with.

Some organisations might look at practical issues like these and decline to be part of a four-day work week. Others will say it’s impossible due to the nature of the work (emergency services, medical work and hospitality).

Many workers will say it’s unworkable for them due to the volume of work (bank debt collectors, university staff); or because they already work crippling 12-hour shifts and can’t cram more into a day (delivery drivers, many self-employed workers); or don’t earn enough to have the luxury of having three days off each week (care workers, gig-economy workers).

For most of us, a four-day work week therefore feels more like a pipe dream than a realistic ambition. It will benefit the very few whose organisations can reduce their workload to make it appropriate to four days. This is likely to apply to government workers, since their departments will have to be seen to be a “four-day week success”. But more generally, a four-day week is likely to exacerbate existing inequalities and create resentment against those who get to have a three-day weekend.

Yet with nearly half of the UK workforce indicating that they are suffering from stress, clearly something has to be done. Workers need to be working fewer hours, and particularly fewer intense hours.

Governments need to focus on ensuring that employees have increased control over the hours that they work, supported by independent bodies that can ensure that businesses uphold good working conditions. The UK government’s Employment Bill was supposed to help in this respect, though it has been controversially delayed by COVID.

Or, if we are serious about a four-day week, we’ll need to make it affordable for more employees to manage on less. That would require a universal basic income – and this is one excellent reason for pushing for it to happen.

Abigail Marks does not work for, consult, own shares in or receive funding from any company or organisation that would benefit from this article, and has disclosed no relevant affiliations beyond their academic appointment.

2021-09-14
Previous Post: Rhinos: scientists are hanging them upside-down from helicopters – here’s why
Next Post: Why unemployment can feel worse when there is less of it around