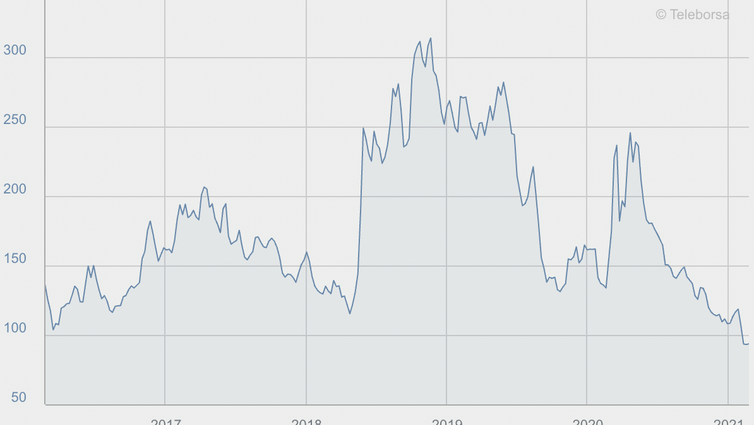 The news that Mario Draghi has become prime minister of Italy has been saluted by many commentators as great news for the nation. Italy is in desperate need of a strong guide to save the country from one of its worst crises since the second world war, and the 73-year-old former president of the European Central Bank (ECB) is seen as having all the requisite skills.

Yet while most of the attention has focused on what it means for Europe’s fourth-largest economy, it needs to be acknowledged that Draghi’s appointment is also critical for the EU and the US. Here are four reasons why.

One of Draghi’s new key responsibilities is to redesign the recovery plan that will determine how Italy spends the €209 billion (£180 billion) being provided by the EU in grants and loans over the coming years. A major criticism of Italy’s previous government led by Giuseppe Conte was the dearth of details on how these resources would actually be allocated and their usage monitored. Draghi’s mission will be to bring the plan to the next level while ensuring its proper execution.

His leadership and direction in this role can be an example for other member states as they decide how to spend their share of the EU’s overall €750 billion recovery fund. Italy is the largest recipient of the fund together with Spain, but both have poor records in deploying resources from Brussels. Draghi’s world-renowned competence on these matters – in conjunction with the fine political skills he forged leading the ECB – can therefore be crucial for the entire EU as so much of the recovery fund’s success will depend on Italy.

In a possible foretaste of what to expect, Draghi made an important speech in August 2020 at a Catholic convention in Rimini, Italy. In what was one of very few public appearances since leaving the ECB the previous October, Draghi emphasised the fundamental difference between “good” and “bad” debt.

He explained that only debt used for investment in people, key infrastructure and research is sustainable in the longer term. Conversely, debt used for unproductive purposes – for instance, the eye-watering €10 billion of public money that the airline Alitalia burned in the 2008-20 period) – would not promote the growth that Italy and the EU desperately need, even borrowed at today’s very low interest rates. This was a crucial lesson that other EU nations will do well to heed.

In the midst of the pandemic and with a vaccination campaign that is lagging behind rival economies, the EU cannot afford to have Italy at the brink of a financial crisis anytime soon. Draghi’s superior knowledge and understanding of financial markets are therefore another reason that he is the ideal leader to take Italy’s helm in these turbulent times.

His success as ECB president, especially his key role in overcoming the European sovereign debt crisis of 2010-12, is a strong signal to the markets that Italy is in the safest possible hands. Since his appointment, the gap (or spread) between the rates at which Germany and Italy can borrow has duly shrunk to around 90 basis points, at -0.43% and 0.48% respectively, which is the lowest in over a decade. Assuming this stability continues, it will benefit the whole bloc.

The EU desperately needs to attract foreign investments to remain competitive. A new UN report has confirmed that global foreign investment plummeted 42% in 2020 to US$859 billion (£611 billion), and the damage was very uneven. Inflows into developing Asia only fell 4%, while the US fell 50% and the EU fell two-thirds. Germany registered a 60% drop, France 40%, while for Italy the drop was even higher than 100% – in other words, inflows dropped into negative territory, mainly due to large divestments by international companies. Conversely, Chinese inflows rose 4% year on year, while India’s were up 13%.

To remain competitive in the global competitive landscape, the EU therefore urgently needs to attract more investment from abroad. This will be fundamentally driven by the stability of the market and its future economic outlook. There is no better leader than Draghi to set the direction on how to regain international competitiveness while reassuring foreign investors on the future of Italy and, in turn, the EU.

To counter China’s global ambitions, President Biden will need to revitalise the partnership with the EU after the tensions of the Trump era. With Angela Merkel soon to step down, Emmanuel Macron facing elections early in 2022, and Britain off the EU stage, Draghi will be a crucial American ally for Biden in the EU.

Major issues will include managing the trade relationships between the US and the EU in the aftermath of the new EU-China investment deal that was announced just weeks before Biden arrived at the White House. And helping to resolve the trade tensions in relation to the long-running fight over state subsidies between Boeing and European rival Airbus.

Draghi is very popular in the US and has often been considered as the most American among European bankers. This is partly because of his days as Goldman Sachs’ vice president, but mainly because of his strong partnership with Janet Yellen when the two were the world’s most powerful central bankers during the crisis-ridden 2010s. Following Yellen’s appointment as the US secretary of the treasury in January 2021, the US can again count on this duo.

For all these reasons, we should not underestimate how important Draghi at Italy’s helm can be for both the EU and the US at such a difficult moment for the global economy.

2021-02-23
Previous Post: Facebook’s free speech myth is dead – and regulators should take notice
Next Post: It’s no Large Hadron Collider, but our new particle accelerator is the size of a large room 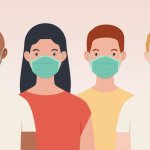 Do genetic differences make some people more susceptible to COVID-19? 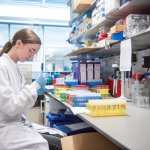