Uzbekistan as creative chaos: A photographer’s interpretation of his nation’s search for identity · Global Voices 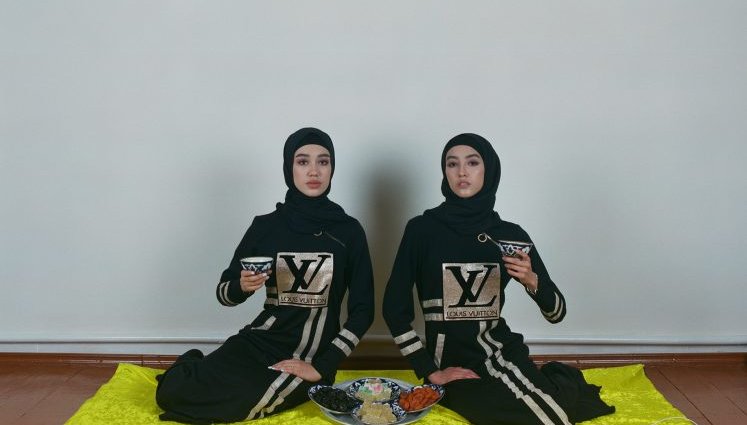 “I felt like a child who re-opens his own country”

” Logomania : Owning the world at half price”, 2019. Photo by Hassan Kurbanbaev, used with permission.

The Central Asian nation of Uzbekistan is mostly known for its breathtaking Silk Road architecture and rich cultural heritage. Beyond the postcard image, however, lies a society still grappling with its own identity.

Following the demise of the Soviet Union in 1991, the nation’s difficult transition from socialism has left many struggling economically — but because they are so keen on promoting the country as a dream tourist destination, Uzbek authorities are very sensitive to the way it is portrayed by photographers.

In the Soviet tradition, photography was a political art ordered to show only glowing aspects of the state in order to serve its propagandistic aims. After it gained independence, Uzbekistan applied the same rules: in 2010, independent photographer Umida Akhmedova was accused of “insulting the Uzbek nation” because the photos she published allegedly did not reflect Uzbek society in positive tones. She was charged in an Uzbek court.

To understand the current state of modern independent photography, I spoke to Hassan Kurbanbaev, an emerging photographer who has started exhibiting his work abroad, online and soon, he hopes, in Tashkent, where he is based.

Filip Noubel (FN): Many of your photos focus on various interpretations of identity, and often contrast modernity — and its obsession with brands — with the reality of daily life in Uzbekistan. How would you describe your work?

Hassan Kurbanbaev (HK): It seems to me that these things are complementary — the search for self-identification and the country itself in the context of time. What is modern Uzbekistan? I think this question ultimately leads to a global reflection on everything that surrounds us, including our everyday life. Our behavior, the way we dress, all demonstrate in a very revealing way our desire for a certain luxury that we could not afford but watched on TV. These symbols for me are a reflection on the question of identity and of a search for it.

Recently, I talked with a guy from Albania who now lives in Tashkent — he said that for him, Uzbekistan is a sort of chaos, where everything is mixed — the beautiful East, the Soviet Union and the imitation of the West, both visually and mentally. It seems to me he determined the state of the country in very accurate terms. We all need to think about this.

In my case, I didn’t take pictures for a while. After a break, [I] returned to photography and realized I was in fact taking a course on studying my country while using a camera. I felt like a student, a kind of a child who re-opens his own country. Therefore, my series of photos is, at first glance, very simple. For example, [my piece] “Logomania” is based on the irony found in everyday life and in street chic that can be obtained in the most affordable way. 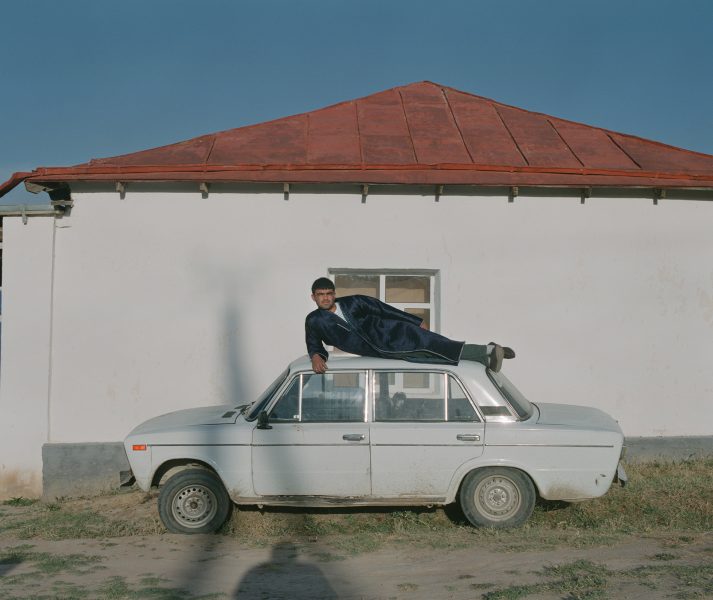 Young man lying on the roof of a Soviet Zhiguli car in Oksoy near Samarkand, June, 2019. Photo by Hassan Kurbanbaev, used with permission

FN: Being a non-commercial photographer in Uzbekistan is no easy life. How did you come to this form of art, and how do your subjects perceive your role when you approach them?

In the West, independent photographers can be represented by galleries [and] sell prints but here, there is no domestic art market for photographers. I would really like this situation to change, because [there is] a growing interest from local young people who want to be independent, to make their own series about themselves or their country, but they don’t have the resources to do it. I very often have to face financial difficulties in order to make a project; sometimes I feel desperate. Therefore, I have to focus more on the Western market.

I believe that independent photography can be commercially successful and the state itself should be interested in this, if it wants to develop art. If we talk about my working methods, I just try to tell very simply why I take photographs, and sometimes this is enough for people to agree to a portrait. 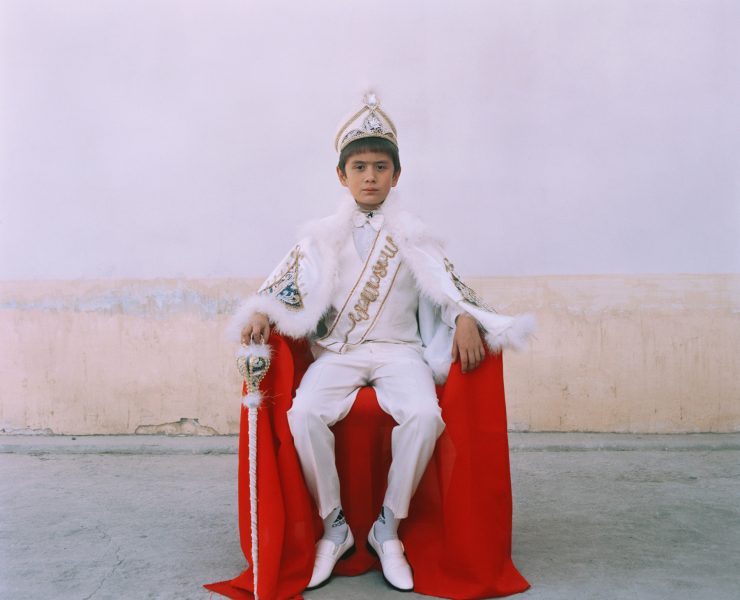 FN: Is there a recognition of contemporary photography in Uzbek society and a space for photographers like you to meet and exhibit their work? Where is your audience, primarily?

HK: Such a community existed, but among the older generation photographers, such as photo correspondents. There is no domestic art market in the country as such; this, of course, also applies to contemporary photography. The absence of curators and years of state censorship have eventually led to a crisis in art. But there are good changes — last year in Tashkent, photographer and human rights activist Timur Karpov opened an independent space for artists, the 139 Documentary Center. He has great plans to develop independent photography, to do well curated exhibitions. For me, this is an important event considering our context.

Today, the whole world has switched to online and we need to use it, especially for artists for whom this is, sometimes, the only opportunity to show their work. For example, I write on Instagram in English to reach a large audience, although I don’t speak English very well. [This] is a chance not only to share my vision, but also to show Uzbekistan, which still seems completely unknown as a country. 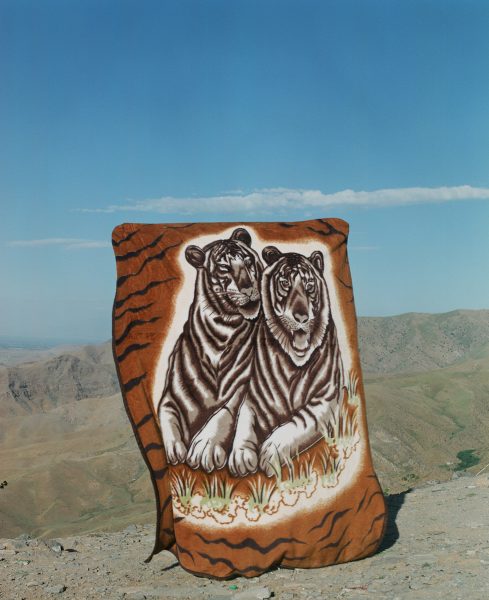 A blanket with two tigers in love in the Zarafshan Mountains in Southern Uzbekistan, June, 2019. Photo by Hassan Kurbanbaev, used with permission.

FN: What themes are you working on currently?

HK: I am working on a series about youth from all countries of Central Asia. They are the first generation of people in the so-called five Stans — “new countries” created after the demise of the Soviet Union in 1991 — that continue to emerge as independent societies. These young people are the grandchildren and great-grandchildren of Indigenous people, immigrants, people who were deported to Central Asia for political reasons. They interest me because they are the ones who will make our countries better in every sense. If I manage to find a budget along with the series, I would like to shoot a documentary film.

Find out more about changes in Uzbek society here.