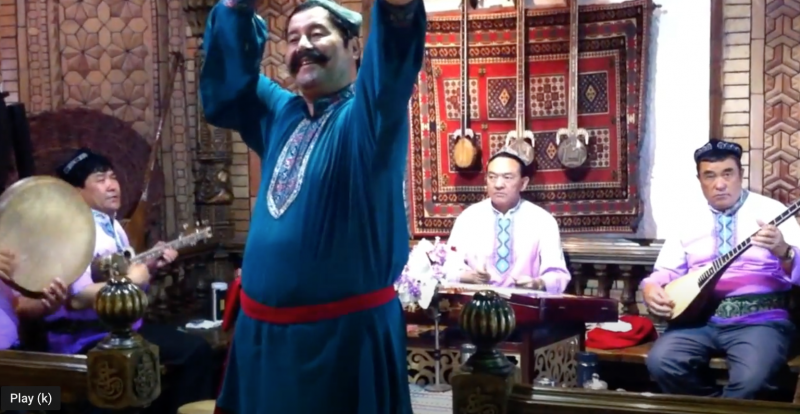 ‘I came to Turkey legally, on a passport issued by the Chinese authorities. Why did they punish my family?’

Screenshot from a YouTube video shot in one of the Miraj restaurants in Urumqi.

The identity of the author of this story has been kept anonymous for safety reasons.

Since 2017, China’s northwestern region of Xinjiang has seen a drastic rise in the incarceration of its ethnic minority citizens, including Uyghurs, Kazakhs, Kyrgyz, and Hui.

The United Nations, along with international human rights organizations, estimates that over 1 million ethnic Uyghurs and other Muslim minorities have been detained in internment camps, which the Chinese government calls “vocation training centers.”

The Chinese government’s secrecy around those camps makes numbers difficult to assess, but sources estimate that hundreds have died while detained.

Other forms of persecution in the region have also been widely reported, such as bans on religious rituals and restrictions on freedom of movement or use of minority languages.

This situation has pushed many young Uyghurs to leave China, mainly for Europe and the Middle East.

Global Voices interviewed Fazilat Abdureshit, a 23-year-old from Atush in western Xinjiang, who ended her first cycle of studies in 2015 and applied for a scholarship in Turkey the same year. She is now studying Islamic theology at the Bursa Uludağ university in western Turkey.

This interview was conducted over the phone in English and edited for brevity. 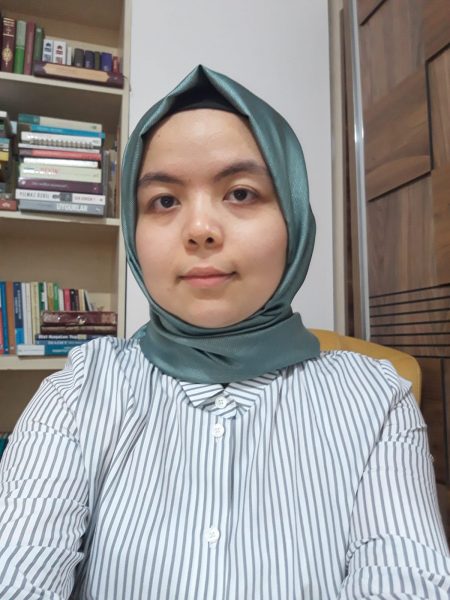 Global Voices (GV): When you left for Turkey in 2015, everything was fine with your family. What has happened since?

Fazilat Abdureshit (FA): I went home once a year to visit, the last time was in January 2017 when I spent two weeks with my family, before returning to Turkey. My aunt joined me as she had planned to spend some time with me before going back to Xinjiang. But in May 2017 my father called and told us not to come back to Xinjiang, without giving any clear explanation. We got scared, so my aunt just stayed with me in Turkey.

In August of that year, my brother sent us some money from Xinjiang to provide for my aunt’s living expenses. After that, I lost contact with him. Finally, in October 2017 I got a message from my grandmother, telling me that my brother, Rezaidin Abdureshit, had been arrested and sentenced to 20 years in prison for sending us money. My brother is 32 years old and has two children, a 5-year-old daughter and a 7-year-old son.

We were so shocked by the news. By this time I was also unable to contact my other siblings, who had deleted me from their social media, and didn’t answer my calls.

GV: Your father, Abdureshit Hoshur Haji, used to be a successful entrepreneur in Urumqi, the Xinjiang capital. What has happened to him?

FA: Until May 2018 I was able to stay in touch through short messages on WeChat, once every three months. But after that, I couldn’t reach him at all. I learnt later that he had been sent to an internment camp.

In June 2020 I received news about my father, who is now 64 years old, informing me he had been sentenced to 17 years in prison. Since I learned this through indirect channels, I have no more information about the verdict. I know my father is a law-abiding citizen, so my guess is that he was targeted because I, as well as one of his brothers, live in Turkey.

GV: Have other members of your family, besides your father and brother, also been imprisoned?

FA: Yes. In June 2020 I also learned that my father’s brother, Ablimit Hoshur Halis Haji, a businessman and prominent philanthropist, and my aunt’s husband Shanshidin Haji, who is an oncologist at the Tumor Hospital in Urumqi, were each sentenced to 20 years in prison.

Shanshidins Hajis’ brother, Imin Haji, who heads a major construction company, has also been sentenced to 20 years. His sister Nurgul Rahmitulla got a 15-year sentence. Imin Hajis’ son Adiljan is in prison too, I don’t know for how long.

My father’s younger brother, Ahmatjan Haji Muhammad disappeared three years ago. He came to visit us in Turkey in February 2017, and was taken by the authorities on his return to China. I have no further information about him.

My sister’s husband, Adiljan Imin, has been detained for three years now. My sister Mukaddas Abdureshit was also taken in 2018, but was later released since she was pregnant.

My father’s cousin Amrulla Abdusami, a businessman, was taken three years ago and I have no information about what happened to him. He has four children, his eldest son Elijan Amrulla, who is 23, was also sentenced to eight years, probably for studying the Koran. This happened to the son of another of my father’s cousins, Ilham Hayrulla, who was arrested five years ago for studying the Koran.

My family has been doing business in China for a long time. They ran a three-branch restaurant in Urumqi called Miraj, which was closed down by the authorities, allegedly for promoting the Uyghur cultural identity. In that process, my father’s business partners were also detained.

GV: What is your message for the Chinese authorities?

FA: I really want to ask them why my father and other relatives were sent to prison. And why my family members cannot contact me. I came to Turkey in a legal way, on a passport issued by the Chinese authorities. So why did they punish my family? What is their crime? They all know the Chinese language and have committed no crime. My father is a good man, well-known in our society. I demand the truth about what happened to them.

2020-09-16
Previous Post: UN: political missions are gradually replacing peacekeeping – why that’s dangerous
Next Post: Why AstraZeneca and others racing to make a COVID-19 vaccine should be more open about the process