Greencore factory: timeline of a coronavirus outbreak shows staff must be listened to 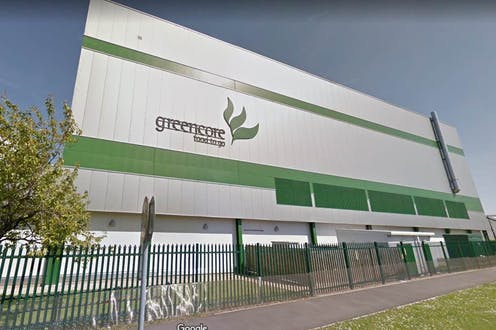 The coronavirus outbreak at the Greencore factory was so bad that the UK government recently published new health and safety legislation for England in direct response to it. The sandwich factory based in Northampton had nearly 300 workers test positive for COVID-19 in mid-August.

As researchers of employment and management who’ve been following this case, we suggest this situation was by no means destined to unfold as it did. Indeed, we believe it could have been prevented had the voice of workers, articulated through their union, the Bakers, Food and Allied Workers Union (BFAWU), been listened to and acted upon by the management in the lead-up to the outbreak.

A timeline of the outbreak at Greencore reveals some of the missed opportunities to properly listen to staff concerns – something our research shows has a big impact on workplace health and safety. This case also presents lessons for the economic recovery ahead for how to return to workplaces safely and prevent mass outbreaks.

Protecting staff and the public

Since March, workers at Greencore challenged the adequacy of COVID-19 protections through the BFAWU union. Although they were not able to prevent a serious outbreak of COVID-19, they won improvements, setting up a hardship fund to provide immediate support, and advising on the importance of contact tracing beyond the household. To the extent that Greencore listened to them, this helped protect workers and the wider public.

We have worked closely with the Department of Health & Social Care, Public Health England and other government bodies, who have been hugely supportive of our response. If there was any sense that we weren’t implementing the necessary protections then they would of course not allow us to continue to operate. All of our sites have wide-ranging social-distancing measures, stringent hygiene procedures and regular temperature checking in place.

We have also engaged tirelessly with the BFAWU to answer their questions and concerns throughout this process and indeed have valued their input. We have a number of union representatives who are now supplementing our regular safety teams and supervisors to ensure that all of extensive measures that we have in place are being adhered to.

However, the fact that workers felt the need to resort repeatedly to formal grievances suggests the company could have acted more quickly and the union suggests that some issues are still not resolved.

When the gradual lifting of the UK lockdown was announced in early May, the prime minister encouraged people who had been unable to work remotely to begin talking to their employers about the practicalities of a safe return to the workplace. Given the growing amount of research on the benefits of employees being able to voice their concerns for a company’s health and safety, the wider importance of these conversations and managing the return to work is vital to recognise.

Greencore workers had a voice through their union representatives. But for many others elsewhere, airing concerns can be difficult, or even impossible, if managers do not make the space for it.

People in low-paid manual work are up to four times more likely to die from the virus than professionals. Many of these workers were “on mute” before the pandemic and continue to lack a voice at work.

The consequences have been devastating for some, with low voice contributing to high mortality within the UK health and social care sector and curtailing the influence of those from black and ethnic minority groups who are up to 50% more likely to die from the virus than white counterparts.

The Greencore case highlights the importance of organised workers’ voices in this crisis. It also suggests that without sufficient economic security, crucially including full sick pay for all workers who need to self-isolate, other measures to encourage or enforce self-isolation are unlikely to be effective.

Tom Vickers is Convenor of the Work Futures Research Group and a member of the Centre for People, Work and Organizational Practice at Nottingham Trent University. He has received funding from the Economic and Social Research Council, the British Academy, the Leverhulme Trust and the British Sociological Association.

Helen Shipton is Co-Director of the Centre for People, Work and Organisational Practice in Nottingham Business School, Nottingham Trent University and Vice Chair of the British Academy of Management. She has received funding from the Economic and Social Research Council, the British Academy/ Leverhulme Trust, the Chartered Institute of Personnel and Development and the Lloyds Foundation.

Wilson Wong has received research funding from the EU Objective 2 programme. He is a member of the CIPD, Prospect Trade Union, and Chair of the Human Capital Standards 1 and Deputy Chair Knowledge Management Standards 1 Committees at the British Standards Institution.