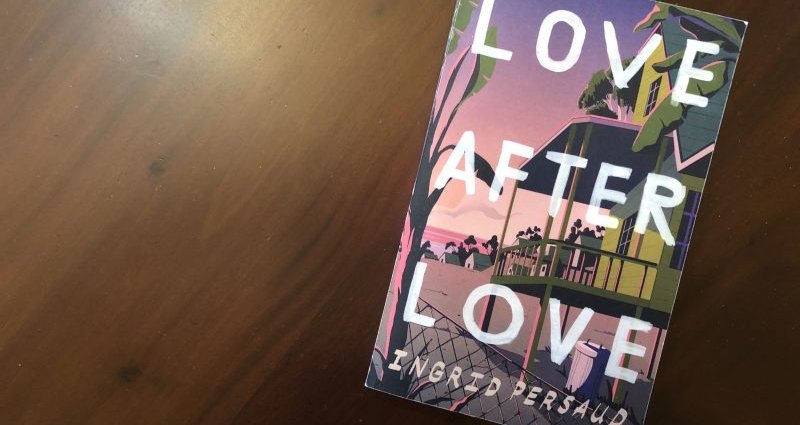 ‘Why are we seeking permission to use our English?

In a review of Trinidadian novelist Ingrid Persaud’s latest offering, “Love after Love,” poet Shivanee Ramlochan described the book as “a take-no-prisoners trip into […] three hearts.”

The hearts she speaks of belong to Betty Ramdin, a survivor of domestic violence who is “more than her collection of bruises”; her son Solo, who is “more than a shy only child”; and their lodger, Mr. Chetan, who “elides easy pigeonholing reserved for queer Caribbean characters.” Chetan comes to board with them after Betty’s abusive husband dies, and the trio forms a family of sorts.

As they try to help heal each others’ wounds, however, secrets come out that change everything, leaving them struggling with questions of identity, duty, community, desire and reconciliation. Perhaps most importantly, the shattering revelations guide their individual struggles along the journey to self-love, a theme that the book, which shares its title with Derek Walcott’s poem, examines.

Set in Trinidad, the island of Persaud’s birth, the novel pays tender reverence to the inimitable way in which Trinidadians communicate, imbuing the story’s universal themes with local colour and vibrancy.

I interviewed Persaud via email to discuss the novel, her first since winning the 2017 Commonwealth Short Story Prize and the BBC National Short Story Award. 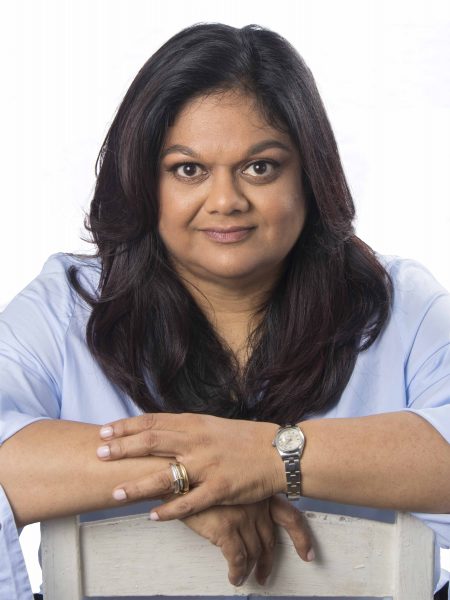 Janine Mendes-Franco (JMF): Are you at the level of self-love that Walcott wrote about?

Ingrid Persaud (IP): I borrow the title of Walcott’s poem with deference and gratitude. In the act of loving another, do we not often carelessly lose sight of ourselves? I’m sure everyone can identify with that challenge. I’d like to think I’m getting better at coming back to my own door, my own mirror, to show myself a little compassion. We should all heed that famous last line where the poet directs: ‘Sit. Feast on your life.’

JMF: With “Love After Love,” you’ve taken the approach of telling stories through a definitively Trinidadian lens to a new level, not just with your use of local dialect, but with its accompanying rhythm and pace. Was it a conscious decision or did the story just demand to be written that way?

IP: “Love After Love” is set in Trinidad and the characters are all ordinary Trini people, so it’s arguable the story demanded our English. But there’s more at stake than place dictating language. This is our authentic English with the same validity as any other. It’s only dialect if you aren’t one of the millions from the English-speaking Caribbean. Why are we seeking permission to use our English? Badass [writer] Sam Selvon was successfully owning it 70 years ago. The issue isn’t why a mainstream publisher like Faber bought this book but rather why it took so long for the industry to embrace work like mine.

JMF: You say that, but in the Caribbean, there has been a lot of discussion around the use of the Patois/Creole language as opposed to the Queen’s English – its viability, what it communicates in terms of intelligence, social class, etc. How do you feel about what still appears to be an effort to humiliate (or at the very least, de-motivate) dialect speakers and keep them in their place, so to speak?

IP: While we hold the English of a tiny minority as the absolute standard, any different use of English becomes othered. By deciding that our English is less than this gold standard we are colluding with the othering of ourselves. As if this weren’t ironical enough, we are having these debates within the region precisely when our English, our Caribbean sensibility, is being feted elsewhere. Roger Robinson, a Trini, licked up both the prestigious T. S. Elliot Prize and the Ondaatje Prize for his collection, “A Portable Paradise,” [and] “Golden Child,” by Claire Adams has won several prizes. Caroline McKenzie has just published “One Year of Ugly.” Ayanna Lloyd’s novel has so much buzz already and it’s not coming out until 2022. As a country we should be celebrating.

JMF: You were confident in your decision not to soften the dialect or explain the terminology. There was no glossary, for instance, as exists for the Ibo words in Achebe’s “Things Fall Apart.” Was it a difficult sell to your editor to go this route?

IP: Louisa Joyner, at Faber, and Nicole Counts, at One World, were incredible editors and I am full of gratitude to have learnt at their feet. Neither asked for a glossary. Indeed they were against the inclusion of any explanatory notes. The integrity of the writing would have to be sufficient. Hopefully the context of an unknown word or expression was enough for the non-Caribbean reader. Even better would be that readers left “Love After Love” with an increased vocabulary of words like steupse and bazodee, idioms like “cockroach have no right in fowl party” and expressions like “jeez” and “ages.”

JMF: What kind of feedback have you got from non-Trinbagonian readers about the language?

IP: Before publication, I made the decision not to look at comments from readers on the usual sites like Goodreads or Amazon. It just wasn’t going to be good for my mental health. All that to say the feedback I have had is limited to those who have sought me out specially and they naturally said nice things about the language in “Love after Love.” I don’t know about the swathes of readers who find the language off-putting. And that’s cool. To please everyone, I would have to be an Ali’s doubles with slight pepper.

JMF: You’ve been living outside of Trinidad for some time now, yet the language and the lilt have never left you. How do you manage that?

IP: Thank you for saying [it] hasn’t left me. I’m not always confident that I still hear it or hear it properly. When the doubt and longing sets in I pick up the phone and soak up the Trini voices of friends, family — anybody who will bother with me. Of course, language is a living thing. An expression might have evolved or vanished from everyday speech, so I pay attention to current usage. Our people are so creative that new words and idioms are constantly emerging. And we police our language as much as any other group. It would be literary suicide to write without consulting Winer’s huge tome – “Dictionary of the English/Creole of Trinidad and Tobago” or to abandon my well-thumbed copy of “Côté ci Côté là.”

JMF: Has that distance given you a unique perspective on identity and belonging?

IP: I don’t know if living outside of Trinidad has given me a unique perspective but it has made issues of identity and belonging central to my practice. Everyone needs a place called home, yet how that is constructed is always precarious and contested. I would point at San Fernando in south Trinidad and say — my navel string’s buried there. That is where I belong. Now I’m less sure GPS can locate my home. Years of self-exile have broken and remade my thinking. I’ve come to embrace the liminal space of non-belonging — simultaneously all and none of the places I inhabit. It’s closer to the everyday, lived experience without the push of alienation and pull of attachment.

JMF: Domestic violence and homophobia are themes that resonate strongly in the regional experience. Why did you want to examine them?

IP: I wrote about ordinary lives and, as you’ve said, domestic violence and homophobia are urgent and troubling everyday issues in our region. If you have gay characters then it’s impossible to ignore the homophobia that limits their life choices. I let the characters lead me and often, I wasn’t too sure where we would find ourselves. It was the only way I could navigate these themes.

JMF: You’re always able to hone in on the crux of a good narrative and structure it compellingly so that the reader is happily brought along for the ride. Describe what happens from the moment you think, “That’d make a good story.”

IP: You know how to make a bush bath to cleanse bad vibes that are clinging to your body and mind? I’m guessing you don’t. Maybe you can consult an old auntie who directs you to throw black sage and blue soap in the water. Then, you might ask a neighbour and he might add to the list of vital ingredients or even contradict what the old auntie suggested. Same thing with the creative process. Looking in, it feels like there must be a special alchemy that makes good writing. There isn’t any — or at least none that I’ve found. All you can do is show up at your desk every single day and write. If you do that, you might occasionally glimpse pure magic.