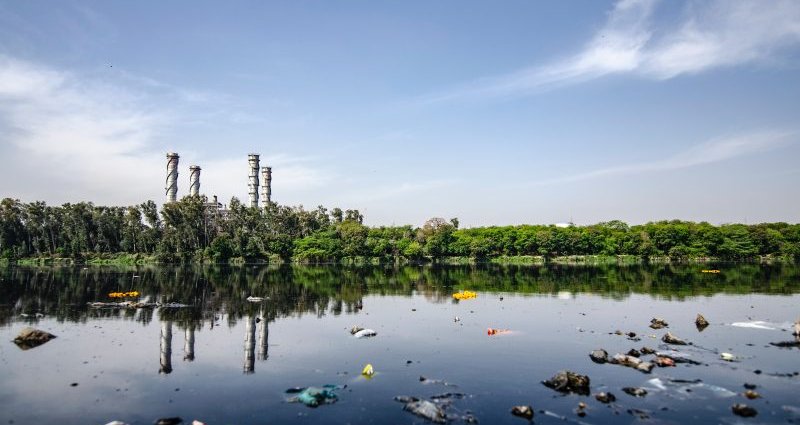 Garbage on Body of Water. Photo by Yogendra Singh from Pexels. Used under Pexels license.

Over 500 Indian scientists, researchers, and academics from more than 130 institutions wrote an open letter urging India’s environment ministry to withdraw a new set of regulations to overhaul the current norms guiding the Environmental Impact Assessment (EIA).

The letter says the new EIA norms, officially called Draft EIA Notification 2020, encourages projects with no prior clearance to commence operations and eventually get regularised by paying a fine and exempts a few industries from conducting public hearings, among other issues.

EIA reports are an obligatory clearance step for infrastructure projects in many countries, including India, where it is regulated by the Environmental (Protection) Act of 1986.

India’s existing EIA norms were last updated in 2006 and, in March this year, the ministry released a new set of changes for public feedback with a deadline in August.

The ministry reported receiving 1.7 million emails and letters with suggestions, comments, and objections to the Draft.

Some of the complaints relate to the fact that the Draft was published in only English and Hindi, while India has 21 other official languages.

The State Deputy Secretary of DMK IT Wing, a regional political party in Tamil Nadu, tweeted:

If there is nothing to hide, why the hesitation to release the EIA draft in the official languages of this country?! #ScrapEIA2020 pic.twitter.com/uRDK9Vs5bs

EIA 2020 draft is deemed to be a threat to the environment with changes like the post facto clearance, shortening of public consultation time, power to the govt to declare some projects as strategic, reduction in the frequency of report submitted by the proponents of the project.

The Kerala chapter of the global climate strike movement Fridays For Future tweeted:

After all that #corona has taught us, still the govt has prioritised opportunism over the citizens, without paying heed to the immense setbacks EIA drafts could possibly cause to the environment and our future generation.#ScrapEIA2020

Another protest today for Friday Climate Strike to #ScrapEIA2020.

Indian magazine Down to Earth reported:

India has not only pledged ambitious goals in the environment and climate change on several international forums but has also taken a lead role in renewable energy in the form of the International Solar Alliance. Diluted domestic regulations seem inconsistent with these ambitions and the overall aspiration to be a global leader in the fight against pressing contemporary challenges.

And Anurag Srinivas wrote in LiveMint:

India may be climbing the global rankings on the ease of doing business, but its environmental protection record remains dismal. In 2020, India ranked 168 out of 180 countries, according to Yale University’s Environmental Performance Index. [..] As India strives for further economic growth, it has to ensure this does not come at the cost of its environment, and a robust EIA legislation is critical for a sustainable future.

The government led by Prime Minister Narendra Modi is pushing for controversial development projects, including state-owned Oil India’s expansions of drilling areas in Assam and the Hubballi-Ankola railway line.

In July, the government blocked the environmental activists’ websites in India under the Unlawful Activities (Prevention) Act after they campaigned against the Draft — among them FridaysForFuture India, Let India Breathe, and There is No Earth B.

The sites were unblocked following major online protests, including tweets by Swedish teen activist Greta Thunberg. While authorities say they have dropped all charges, a story by The Huffington Post revealed that the New Delhi police is still investigating FridaysForFuture India and Let India Breathe.

There is no Earth B had shared a statement about the police investigation:

While we still haven’t been informed of the reasons behind our website getting blocked despite having no objectionable content whatsoever, we have found that we are not alone in facing this issue…Fridays For Future India and Let India Breathe have been subjected to a similar unjustified curtailment of the democratic as well as a fundamental right to freedom of expression…..Of key importance is the fact that all three of us have been running campaigns through our respective websites against the dilution of the EIA Notification by way of the new draft EIA Notification, 2020.

2020-09-09
Previous Post: Why the dwindling numbers of trained detectives is a national crisis
Next Post: At least 15 students were ‘impregnated by instructors’ in Mozambican police academy, internal report says · Global Voices