Why businesses embrace populists and what to do about it: lessons from Hungary 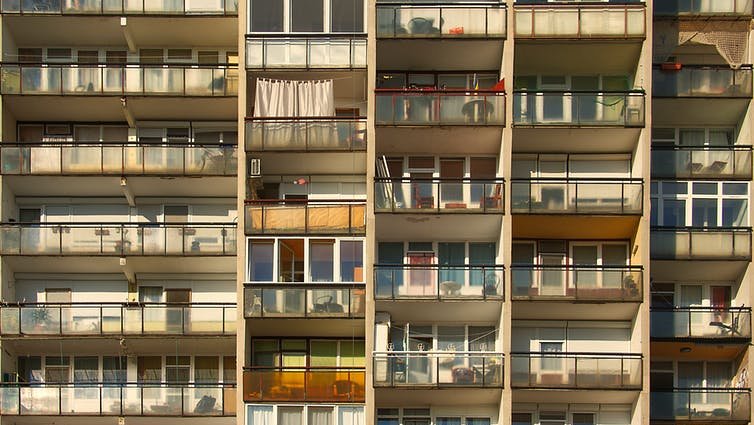 The coronavirus crisis has revealed the weaknesses of some populist leaders such as Jair Bolsonaro in Brazil or Donald Trump in the US, yet others are emerging stronger than ever. And they have some unlikely backers.

The Serbian government appears to have manipulated COVID-19 deaths and infections in the run-up to the June elections, allowing president Aleksandar Vučić to tighten his grip on power. Hungary’s Viktor Orbán also continued to entrench his regime by reducing the financial autonomy of local governments and cutting the funds of political parties, which disproportionately hurts the opposition.

Although the rise of these populist leaders has raised concerns about the future of democracy as they exploit the pandemic for personal and political gain, the roots of democratic backsliding pre-date coronavirus. Unfortunately, these root causes are difficult to fight because they are often misunderstood.

Commentators often treat Orbán as an unpredictable, anti-business populist, diametrically opposed to neoliberal governance. Many assert that the only purpose of Orbán-type populists is to buy popular support when elections come and, in the meantime, fill the pockets of the ruling elite’s friends and family.

I was an opposition MP in Hungary between 2010-14, when Orbán came into power for the second time (he was also prime minister from 1998 to 2002). I witnessed firsthand his ability to conceal controversial policies by creating a smokescreen of symbolic conflicts. Building on this experience, backed up by several years of research, my new book shows that despite his rhetoric, Orbán is far from being against globalisation and big business.

There is a method to Orbán’s madness: business elites are crucial for his authoritarian-populist regime.

Method to the madness

Hungary’s global economic integration in the 1990s brought new opportunities and coincided with democratisation. But, as my fieldwork in Hungary’s rust belt has shown, de-industrialisation and privatisation eroded working-class culture and decreased the bargaining power of labour. In turn, this slowed wage growth, and even led to increased death rates.

By the end of the 2000s, many of these people had grown disillusioned. Without a progressive left-wing alternative, they drifted rightward. Social disintegration allowed Orbán’s Fidesz party to mobilise workers against “uncaring” cosmopolitan neoliberals during the watershed 2010 national election, which Fidesz won.

However, Orbán has another source of support. During his first stint as prime minister, he governed as a centrist conservative, before embracing economic nationalism at the end of the 2000s. Between 1990-2010, Hungary spearheaded the competition for foreign capital in Europe. But the misgovernance of Hungary’s global integration resulted in the bifurcation of the economy: transnational corporations have been generating the bulk of export revenue since the 1990s, while domestic companies lack access to such markets.


This economic disintegration also whipped up economic nationalism among Hungarian businesses. They started to support Orbán in the run up to the 2010 election in return for state protection, via measures such as increased subsidies, government contracts, reduced taxes and more flexible labour relations. At the same time, Orbán’s post-2010 regime also welcomes transnational corporations in the productive export sectors and adheres to the logic of global financial markets by keeping the budget deficit low.

In other words, globalisation contributed to both enabling and stabilising right-wing populist regimes such as Orbán’s.

The international community sometimes exacerbates the problem as well. For example, the EU actively bankrolls illiberal autocrats such as Orbán. The European People’s Party, which has a majority in the EU parliament, plays a particularly dismal role in turning a blind eye to Orbán’s abuses.

This remarkable tolerance for Orbán’s breed of authoritarian-populism is rooted in the fact that his policies are often business-friendly.

Orbán used workers’ anger to launch his authoritarian-populist project in 2010, but workers are not the true beneficiaries of the regime. Today, Hungary boasts the highest level of income inequality in the Visegrád region (Czech Republic, Hungary, Poland and Slovakia). Orbán believes that the time of the welfare state has ended and propagates a social-Darwinist model of “work-based society”. In this model “those people who have nothing are worth just that”, as János Lázár, former minister of the Prime Minister’s Office (2012–2018) summed up the philosophy of the ruling elite in a leaked recording in 2011.

While maintaining the alliance with business elites, Orbán lost some of his previous working-class supporters. In 2014, Fidesz received fewer votes than in 2006, when they lost the election. But the government has profoundly distorted the electoral system in multiple waves since 2010, favouring Fidesz. It has also subjugated large parts of the media. All of these have so far helped Fidesz to stay in power.

The regime’s stability increasingly depends on authoritarian-populist fixes, such as gerrymandering, clientelism, staffing independent institutions with party loyalists, restricting media pluralism, or publicly funding hate campaigns. Combining neoliberalism with an authoritarian state and nationalist chest-beating ensures that the financial victims of the regime turn against each other instead of forming a united opposition front.

The decline of democracy and Orbán’s economic strategy are two sides of the same coin.

Around the world, cosmopolitan neoliberalism, with its focus on human rights and multilateralism, is on the decline. But social democracy is not reviving in its place: national-populist neoliberalism is on the rise. The scholar Reijer Hendrikse’s term “neo-illiberalism” aptly captures this trend: instead of being opposed, neoliberal and illiberal tendencies reinforce each other.

This explains why, although an Orbán-style authoritarian-populist might not be their first choice, European and other international elites have displayed remarkable flexibility in coming to terms with Hungary’s authoritarian populist regime.

Fighting authoritarian populism requires recognising its embeddedness in business elites. But as the first step, the trust of workers needs to be earned back. Progressives have to embrace the state as a champion of social cohesion, convincing businesses along the way that inclusive development is in their long-term interest too.

Gabor Scheiring has received funding from the European Commission (Marie Curie Individual Fellowship), the Independent Social Research Foundation (ISRF Political Economy Research Fellowship), and the Cariplo Foundation as part of the POTES project (“Enhancing the Attractiveness of Lombardy through the Excellence of Health Economics Research” – Ref. 2017-2077), co-founded by the Lombardy Region. The funders had no role in study design, data collection and analysis, decision to publish, or preparation of this article. He was a member of the Hungarian Parliament between 2010-2014, affiliated to Politics Can Be Different (LMP)/Dialogue for Hungary (PM). He no longer holds any political positions but is still a member of Dialogue for Hungary.