Payday loans: clampdown was vital, but credit unions must expand after coronavirus to fill gap 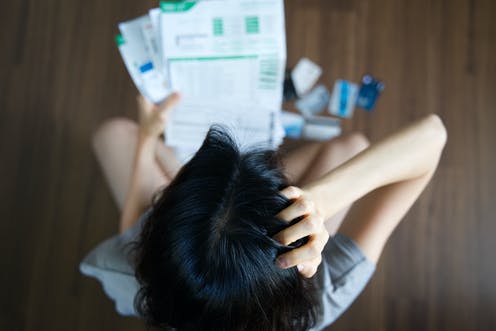 The cost of accessing small personal loans can be eye-wateringly high for those who need it most. Take the UK, where a £200 loan from Provident Personal Credit over 13 weeks costs £86 in interest. That’s an equivalent APR of a whopping 1,557.7%.

These offers are available even after the caps on payday loans that the UK introduced five years ago. In the months after the reforms, the Financial Conduct Authority (FCA) reported that the number of loans and the overall amount borrowed was down 35%. From there, the decrease continued: there were 5.4 million high-cost loans totalling £1.3 billion in 2018 with the total amount repayable at £2.1 billion; five years earlier, there had been 10.3 million loans worth £2.5 billion.

Yet clearly, high-cost credit has not gone away entirely, and it looks set to get bigger again. Provident, the UK and Ireland’s largest high-cost doorstep credit provider, is anticipating increased demand when unemployment rises as the UK furlough scheme winds down. The lender has reportedly put aside £240 million for a surge in defaults.

So what have we learned since the rules changed, and will those who need credit be able to access it in the wake of the pandemic?

To cap or not to cap?

High interest rates are usually justified by the argument that the borrowers are more likely to default, often having been turned down elsewhere. Higher rates compensate the lender for higher risk.

Be that as it may, payday loans companies earned a reputation for predatory lending, especially after the last financial crisis. The UK’s restrictions set a cap on interest and fees at 0.8% of the outstanding principal per day, and a maximum total cost of 100% of the amount borrowed.

This mirrored a global trend. In Germany, for example, the maximum permissible APR is twice the market rate as calculated by their finance regulator, [BaFin]. In France, it’s 1.33 times the market rate.

The primary intention has been to make credit more affordable for vulnerable consumers. This follows clear evidence that most high-cost credit customers are in a low income category, with poor credit histories and low financial resilience, meaning they may struggle to cope well with financial setbacks.

They often borrow on the basis of convenience and whether they can afford the repayments, rather than the cost of the loan. This can lead to financial strain, repeat borrowing and defaults. After all, credit is debt.

Nonetheless, the debate continues among policy experts worldwide about whether caps are the best response. Supporters point out that restrictions have reduced the cost of credit for low-income borrowers, tackled over-indebtedness and helped to prevent people from being exploited.

Some consumers may no longer have access to credit because of providers changing their business models or exiting the market, but many of these people would probably not pass a rigorous affordability check and may be over-indebted already.

Opponents highlight the possible unintended consequences. As well as less access to credit, they worry about the potential for more illegal moneylenders, and loans companies introducing charges that circumvent the restrictions.

Swayed by these arguments, Ireland is among a minority of European countries to favour increasing regulation and supervision over caps. For example, high-cost warnings in loans advertising became a requirement from September 1. Although the government is reviewing its general approach, the fear that restrictions will cut the credit supply still appears to have the upper hand.

What the evidence says

An OECD report from 2019 found that interest-rate caps have reduced exploitation and over-indebtedness, made short-term loans cheaper, and reduced defaults. However, the OECD cautioned against excluding riskier consumers from formal credit, since they might borrow from lenders in countries with looser rules. This has happened in the Netherlands, for example.

Similarly, the FCA review of 2017 found that the UK restrictions had led to cheaper loans and fewer debt problems. And it saw little evidence of consumers turning to illegal moneylenders. Our own research in 2017 agreed about the cheaper loans, but warned that they must be accompanied by measures to make more affordable alternatives available and support consumers in making good credit decisions.

Credit unions are one of the few alternatives, as the FCA has acknowledged. They aim to build consumers’ financial resilience by lending at affordable rates, encouraging regular savings and offering financial education and information. This helps to improve borrowers’ credit records.

There are about 440 credit unions in the UK, with 2 million members and rising. Loans to members passed £1.5 billion in 2018, exceeding that of high-cost loans.

Currently, UK credit unions are permitted to charge up to 42.6% APR, a far cry from the permissible rates for high-cost providers. Yet penetration is low relative to the total population at about just 3.5%. We need to expand the reach of credit unions and enable a greater online presence to support far quicker lending decisions.

Fair4All Finance, an organisation funded by the government from dormant accounts, has begun supporting credit unions to build capacity but funding is limited and mostly only offered in England. An expansion would be valuable.

Scaling up the affordable alternatives has certainly never been more pressing. Provident reports that its customer numbers have fallen in 2020 after it tightened its lending practices, but this might be because consumer spending is down, together with increased saving and government support in response to the COVID-19 pandemic. The picture could look very different in a year’s time.

Boosting credit unions would also challenge the new breed of digital lenders, which are armed with people’s personal data to nudge them to borrow more. This new form of lending will be more widespread across socio-economic groups, rather than simply a poor person’s problem, and will likely be harder to regulate because it will cross international borders. Governments’ support for the pandemic has been essential, but they must think about the increased demand for lending that is on its way.

Olive McCarthy is an active member of St. Michael's Credit Union, Cork, Ireland. She receives research funding from a wide array of external sources, including government bodies, NGOs and sectoral organisations. She is a member of the Credit Union Advisory Committee, appointed by the Irish Minister for Finance.

Noreen Byrne is a member of a credit union. She receives research funding from a wide range of external sources such as government and NGO funding