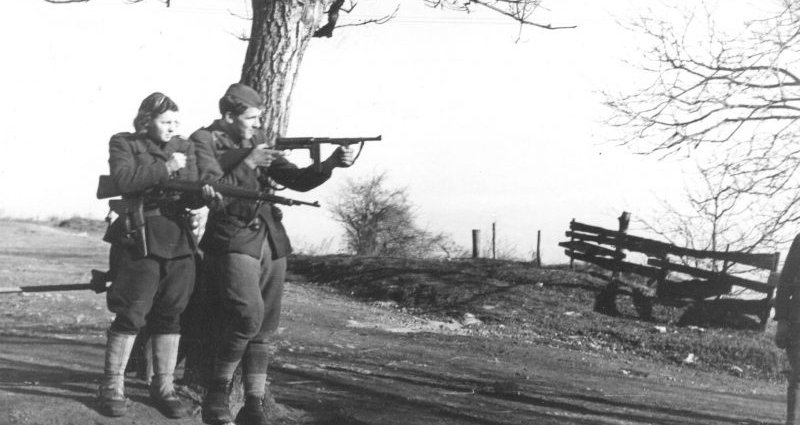 A married couple of Yugoslav Partisans in a photo taken in Slovenia, 1944. Source: znaci.net. Public Domain.

This past August 11 marked 75 years since now-dissolved Yugoslavia’s granted women the right to vote. Human rights activists and feminists from the successor states remembered the date by sharing photos from that period on social media — and used the opportunity to advocate for equal rights.

Universal suffrage was part of the political program of Yugoslavia’s communist-led resistance to occupation by Nazi Germany and its allies. It became law in 1945 following Nazi defeat, and women voted for the first time in the November parliamentary election that solidified the power of the Communist Party of Yugoslavia.

Compared to other countries in Central and Eastern Europe, Yugoslavia introduced universal suffrage a bit late — Russia did in 1917, Poland in 1918, and Czechoslovakia in 1920. Communist Bulgaria and Albania also granted women the right to vote after World War II, and anti-communist Greece only did so in 1952.

In 2020, Twitter users celebrated the anniversary by sharing photos — some of them contrasting sharply with the genocidal nationalism that plagued the region both during WWII and the Yugoslav Wars of the 1990s.

Twitter user @arthurgordonpy3 shared a photo of an ethnic Albanian female activist giving a public speech on International Women’s Day in 1945. Along with the photo, they said in Macedonian:

On this day, 11 August 1945, the women won the right to vote in Yugoslavia!
Photo: Historical museum of Yugoslavia, Mensura Shaqiri holding a speech at a meeting of Women’s Antifascist Front on March 8, 1945.

Some users posted photos of the women fighters who were members of the anti-fascist National Liberation Army and Yugoslav Partisan Units. The celebratory comments stressed how women earned the right to vote by actively participating in the armed struggle and the post-war reconstruction — in contrast to often-used language that implies women were “given” that right.

On this day August 11, 1945 women in Yugoslavia fought and won the right to vote! Via @voxfeminae

On this day in 1945 women in Croatia, which was then part of Yugoslavia, won the right to vote! Via @voxfeminae

Others reminded the public of a rather obscure piece of historical data: The one occasion when women from Yugoslavia temporarily had the right to vote, 28 years before universal suffrage became law. That took place in some parts of Vojvodina, a province of Serbia that was part of the Austro-Hungarian Empire until 1918.

During November 1918 in 200 polling stations on the territories of Bačka, Banat and Baranja, elections of deputies for the future Grant Popular Assembly took place, which declared joining of those territories to the Kingdom of Serbia, with women having the right to vote for the first time in [sic] European history.

Macedonian graphic artist Zoran Cardula celebrated the anniversary by drawing attention to his artwork “The Heroines of Yugoslavia,” a series of pop art portraits of the 91 women who received the Order of National Hero, the highest military decoration in the former Yugoslavia. Cardula originally made those for International Women’s Day in 2018.

In the introduction of the collection of portraits, he wrote that his goal with the series was to reinvigorate interest in the stories of those women, fighters, “who raised their voices against the occupier, against fascism, and many of them paid their freedom with their own lives. After the breakup of Yugoslavia, they remained forgotten, even with a tendency to completely minimize their struggle.”

The portraits contain short biographies of the women fighters, including their nom de guerre and the year they received the medal. 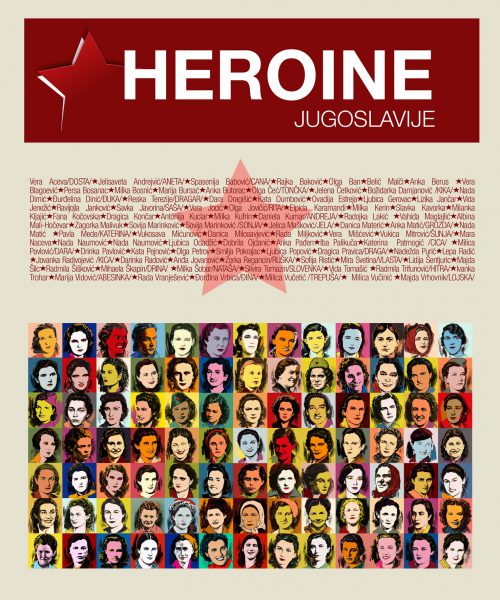 “Heroines of Yugoslavia” by Zoran Cardula, a collection of portraits of officially esteemed female anti-fascist fighters from World War II, presented alongside their nom de guerre. Used with permission.

Cardula said on a tweet commemorating the 75th anniversary of universal suffrage:

Right-wing social media users reacted negatively, denouncing the lack of full democracy under communist rule. Many argued that the right to vote is pointless in a single-party political system. This, in turn, triggered a debate on what it means to be a democracy:

Tweet 1: Commie idiocy goes so far as to claim that women had the right to vote in 1945.
Please tell me what kind of arguments should one use with such people?
Tweet 2: Bro, I’m attempting to argue the whole morning, but it’s no use. I tell them nicely that in a single-party political system, voting is pointless, has no influence on anything. Some of them say that there was more democracy then.

Proponents of equal rights responded by defending the significance of the development in light of its historical context:

On this day in 1945 women in our country earned the right to vote for the first time. Regarding that issue, as usual, various “anticommunists” crawled from under their rocks, with the thesis that this was not so important because that year a one-party system was created which didn’t allow free elections.

Women’s right to vote in Yugoslavia didn’t only refer to elections but also on their general role in society, the state institutions and the political structures of that state.

I don’t understand the need of some people to mansplain this. Even considering the lack of democracy, the fact that women of Yugoslavia won the right to vote (which happened relatively early, compared to many other countries) is important in a symbolic way. However some people cannot restrain their animosity towards the SFRY even when discussing issues of this kind.

The conversation also expanded to comparisons with Western European countries:

Fun fact: Women in Switzerland got the right to vote in 1971.
This is for [Ripley’s] Believe it or Not.

2020-09-03
Previous Post: Why low and alcohol free beers could be considered health drinks
Next Post: ‘Curing blindness’: why we need a new perspective on sight rehabilitation