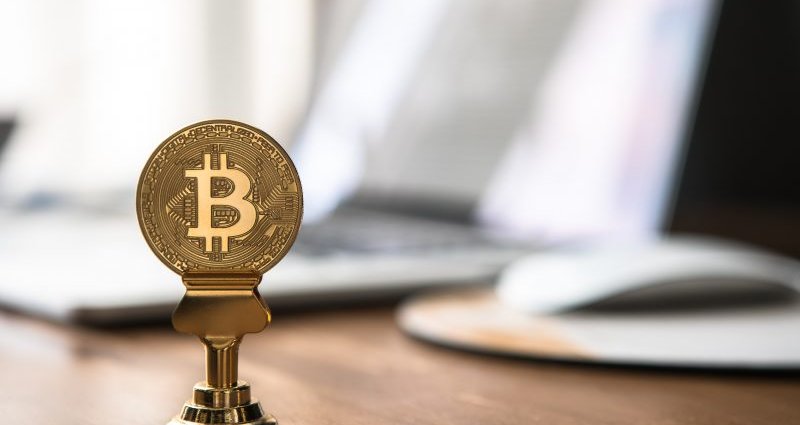 Current legislation addresses electronic payments in general, but not cryptocurrencies

The regulation of cryptocurrency poses a challenge for many countries and the technology is still illegal in a handful of nations. Since the first digital currency, Bitcoin, was invented in 2009 by the mysterious “Satoshi Nakamoko,” many other cryptocurrencies have been created. A major feature of these currencies is that they do not require a central bank to exist; rather they rely on decentralized computer networks and an internal protocol. Coming after the collapse of the global banking economy in 2008, the idea of this type of currency, which does not rely on central banks and governments like conventional currency, received a great deal of interest.

Cryptocurrencies cannot be counterfeited, and transactions are recorded and tracked on electronic ledgers so that the same “coin” is not spent twice by the same person; users are anonymous, as are transactions—both recorded by numbers only. This inherent flexibility and the ability to move large amounts of this type of money anonymously make cryptocurrencies valuable for many kinds of transactions, including for illegal activity. Cryptocurrencies, therefore, need to be regulated by the state to avoid misuse by malicious actors and to settle disputes between those who exchange them.

It may seem a strange concept for a government to regulate a system that prides itself on being apart from government involvement, but because of their growing use, many countries have had to try to understand how this system works and have issued policies to regulate cryptocurrencies. Sudan, a country where some tech-savvy groups and start-ups have begun to adopt cryptocurrencies is in need of such a legal framework.

World map showing the legal status of bitcoin by country/territory in 2014. The status of the cryptocurrency has since changed in several jurisdictions. Image by Habarithor (CC BY-SA 3.0).

In the past years, cryptocurrency has been adopted by many sectors in Sudan. The best example is Softwex, a hosting company that is run by Sudanese entrepreneurs, and uses Bitcoin as a payment system. The company also organizes Bitcoin workshops and social media accounts that raise awareness about Bitcoin. The Bitcoin Meetup Sudan group was founded in 2013 and has over 2,800 members. According to an interview with Mohamed Osman Elawad, co-founder of the group, digital currencies are especially popular among young developers and the group’s members are actively working to make the system viable for moving money out of the country and buying goods abroad. One of the reasons that Elawad thinks digital currencies can be useful in Sudan is because it is a “sanctioned country” and also one in which there is a ban of unlicensed foreign fiat trading by the government. “Therefore, remittances are not easy and involve a high cost via official channels which make crypto the easiest and affordable way to transfer money.”

A published study corroborates Elawad’s analysis by explaining how cryptocurrency has been used to circumvent economic sanctions imposed on Sudan by the US in 1997, which prohibited banks from transferring money to Sudan from abroad; however, there are no published figures or studies estimating the amount of transferred funds.

Cryptocurrency was also a topic in the last election campaign, where its adoption was proposed by one of the presidential candidates as a strategy to democratize financial policy. In a country with only 31 percent internet penetration, however, this sounds unrealistic at this time. Nevertheless, the acceptance of Bitcoin by users in Sudan has also been high. In a recently published report, by Bitcoin Magazine that analyzed the traffic to cryptocurrency exchanges, Sudan was mentioned as one of the countries that “showed high demand for cryptocurrencies, despite the low trading volume.”

Regulation of cryptocurrency is not an easy process, however. Governments that have attempted to do so have faced many challenges, starting with finding a proper classification for this type of currency. This year, for example, authorities in France, Germany, and Australia, “issued decisions with three different interpretations of the nature of Bitcoin: as a currency, a financial instrument that is applied as a means of exchange among individuals or legal entities, and as security.” In Russia, new legislation defined bitcoin as “property but not legal tender.” Central banks around the world vary in their positions, from prohibiting trading in cryptocurrency to merely issuing warnings.

Advocates for the regulation of cryptocurrency cite many examples where they can be used for criminal activities, Allen and Overy listed examples that include human trafficking, child pornography, hacking and identity theft, market manipulation and fraud, and money laundering, in general, given its inherent nature of an anonymity and crossing borders, the regulation also provides the legal framework for taxing those who sell and exchange cryptocurrency. The regulation of cryptocuurnecies will also benefit and safeguard the financial system against any systemic risk as a result of a cyberattack. Spring 2020 cryptocurrencies Crime and anti-money laundering report mentioned that in the “first five months of 2020, crypto thefts, hacks, and frauds totaled $1.36 billion, suggesting 2020 could see the second-highest value in crypto crimes ever recorded.”

Some argue that regulation is against the basic nature of decentralization, and any attempt to set a legal framework “will only end in tears—stifling innovation and putting digital currencies at a disadvantage to fiat, which central banks remain determined to protect.”

According to the Central Bank of Sudan (CBoS), there are 34 banks in Sudan’s banking system. The Electronic Banking System (EBS) is a company that operates under the control of the Bank of Sudan; it offers an e-payment system that includes debit and credit cards and mobile-phone payment. The current legal framework addresses electronic payment in general but does not cover cryptocurrencies, because the Electronic Transactions Act, 2007 was enacted before the rise of these virtual currencies. However, there are still many strong measures in this Act, such as protecting the secrecy of information and detailing the electronic contracting process.

In June 2010, Sudan joined the Better Than Cash Alliance, as a step in line with the government Digital Transformation Agency, which aims to modernize the government services and payment system. This new digital environment and shift in the culture may help in any future adoption of cryptocurrency at the state level.

Given that only roughly one-third of the Sudanese population has internet access, cryptocurrencies might not be an alternative payment option for a large part of society, and the adoption now might be limited to certain areas such as the capital, Khartoum, and within tech companies and investors.

Regulation of cryptocurrencies in Sudan will ensure more security for all stakeholders; it will also protect the country from harmful use and illegal activities. Moreover, it will provide the necessary legal framework for the government and development organizations to adopt cryptocurrency in their future projects. This is why regulatory bodies, such as the Central Bank, must start an open discussion with companies and user communities to amend the current Act to include articles that regulate the cryptocurrency.

2020-09-02
Previous Post: Remote working is here to stay – but that doesn’t mean the end of offices or city centres
Next Post: COVID-19 may harm minority groups’ health even if they don’t catch the virus