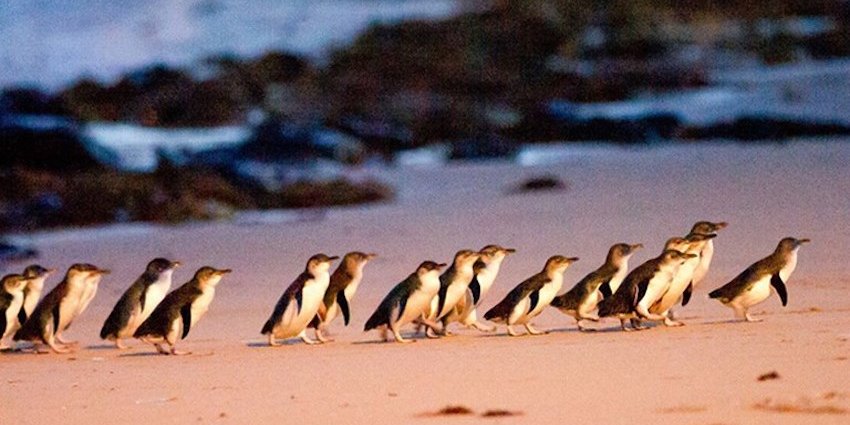 Over one million viewers tuned in on first two nights

Some good news to lift spirits in Australia and the world during COVID-19 related shutdowns and other travel restrictions. Travel, hospitality and entertainment website Time Out Melbourne explained:

It’s a rite of passage for most visitors to Melbourne – make the two-hour drive down to Phillip Island and see Australia’s largest colony of friendly, frolicking fairy penguins.

[…]lucky for us, Phillip Island Nature Parks is making sure we can see those scurrying little creatures from home.

Their pun tagline ‘It’s a peng-win’ has several associations. Peng can mean: a mythical Chinese bird; an abbreviation for penguin; or Jamaican slang for high-quality marijuana.

People from around the globe looked forward to watching. Australia’s ambassador to Cyprus was one of them:

How can you not love

? Every sunset, more than 3,000 Little Penguins waddle up to their beach homes on Phillip Island

Lisa Simpson hoped to join in from London:

Happiness is the daily #PenguinParade @PhillipIslandNP!
How can these little penguins not make you smile?

Jag Bani, a Punjabi language newspaper in India, shared this with its Twitter followers:

The presenter gives a running commentary, explaining aspects such as the Little Penguin being the smallest species. It is also known as the Fairy Penguin. Questions could also be posed in comments on the livestreams. Thousands have obliged. Waddling has been a popular topic.

In May, BBC sports commentator Andrew Cotter had created this send-up:

Anyway, it was high tide when the penguins landed at the Phillip Island Nature Parks’ viewing area when the photo at the top was taken. It was during the second sunset livestream at 18:00 EST or 07:00 UTC. The visitor centre is currently closed due to lockdowns in the State of Victoria.

Thanks to everyone who tuned into our big launch night of Live Penguin TV! We had over 771,000 viewers last night from across the world. If you missed out or tuned in late, not to worry because we’re back again tonight! 6pm AEST on Facebook or YouTube

Over one million viewers tuned in on the first two nights. 602 penguins crossed the beach on the second night. Yes, someone has the job of counting them. 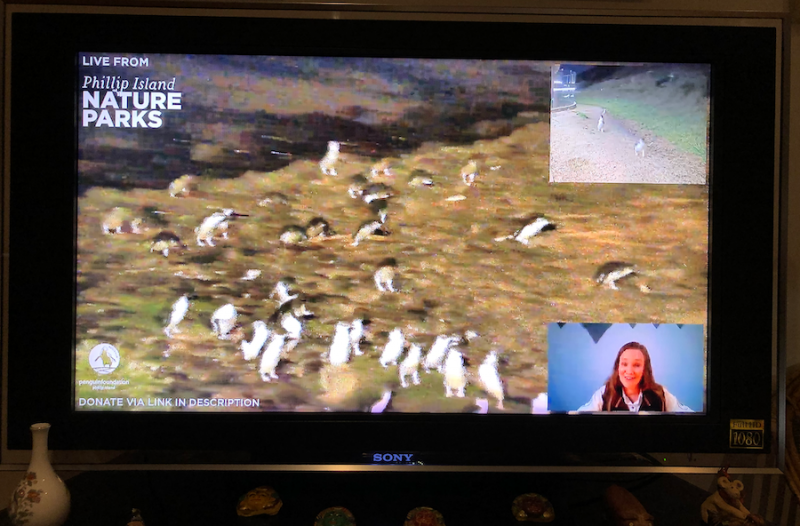 You can also watch a recording of the event:

There is also a penguin colony in a Melbourne inner-suburb at the St Kilda Pier, a favourite haunt of local jogger Spiderman. The public viewing area is also closed during the lockdown.