The PPI scandal is far from over – here’s why 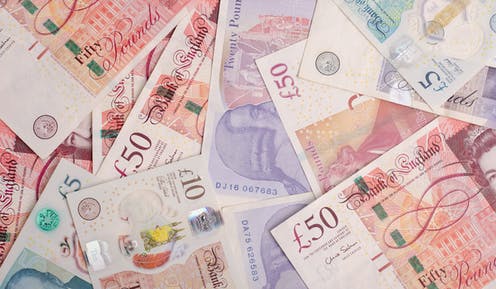 The PPI scandal led to the largest consumer redress scheme in British history, with over £38 billion paid to claimants to date. The deadline for customers to submit their claims was set at midnight on August 29 2019. But, almost one year later, hundreds of thousands of registered claims remain outstanding. And to make matters worse for the banks, a swathe of new claims have started rolling in.

The Financial Conduct Authority (FCA) hoped the deadline would bring the scandal to an orderly conclusion and offer protection to consumers while helping to restore market integrity. The banks hoped it would enable them to draw a line under it and move on. But the situation seems to be getting worse.

When secret, they were (obviously) undisclosed to the customer. That customer – had they been better informed – may have queried the value of their PPI policy. Especially if they had they known that the majority of the price was not going to the product provider (for example, the insurer underwriting the protection cover for the loan or credit card) but to the bank who sold the PPI policy to them.

Awareness of the unfair commission payments on PPI policies is not new. But recent court decisions mean that customers can potentially claw back all of the commission they have paid and claim after the 2019 deadline.

The issue first came to light in the November 2014 Supreme Court case, Plevin v Paragon Personal Finance Ltd, after which the FCA changed its guidance on what could be claimed as part of the PPI redress scheme. This change enabled customers to claim commission that accounted for over 50% of the price of the PPI policy and became known as the Plevin rule.

Payments to customers were however restricted to commission that was in excess of 50%. In other words, successful claimants only received part of the commission that had been paid to the banks.

A series of other court cases saw the position change again, as claimants were awarded the full commission where the bank failed to disclose large commission payments to the customer. As almost all PPI policies earned high commission rates, this change was significant and opened the floodgates to new claims.

Customers who have received a partial payment, have had their claims rejected or have not claimed so far can now claim, citing the unfair compensation. Even customers who were not mis-sold PPI and were happy with their policy can potentially claim as the high commission payments may not have been disclosed to them.

The potential for new PPI claims based on the unfair commission payments could not have come at a worse time for the banks as they are still facing a backlog of existing claims to process. A survey conducted in March this year found that 60% of PPI claimants had not heard from their bank about the progress of their claim and half of these had not even received an acknowledgement letter.

Banks were overwhelmed by the volume of claims and although the expected time for banks to respond to such claims is typically eight weeks, the FCA managed this expectation by predicting that most claims would be resolved by summer 2020.

But this deadline was set before COVID-19 disrupted the world and it now appears unlikely to be met. Now many customers remain frustrated that their cases have not been resolved as the new unfair commission charges issue further aggravates and complicates the issue.

The original PPI scandal severely damaged consumer trust in the banks as a lack of integrity was at the heart of the case. PPI mis-selling was something that the banks could have controlled and was an intentional act as the banks placed profits above their customer welfare.

My own research has shown that when trust is damaged by a lack of integrity, it is difficult to restore. The banks needed to display clear evidence of an intention to get rid of negative influences.

For a start, all banks should have immediately apologised for the mis-selling. Some did, but this was only after they lost a high court case trying to overturn the FCAs ruling on PPI mis-selling. The banks really needed to signal to employees the importance of a customer-centered culture and change employee incentive systems to align with long-term performance, rather than short-term profit.

Banks need to embed ethical values into their routine actions and decisions. So far, the evidence is that not all banks have bothered to take such steps.

Julie Robson does not work for, consult, own shares in or receive funding from any company or organization that would benefit from this article, and has disclosed no relevant affiliations beyond their academic appointment.