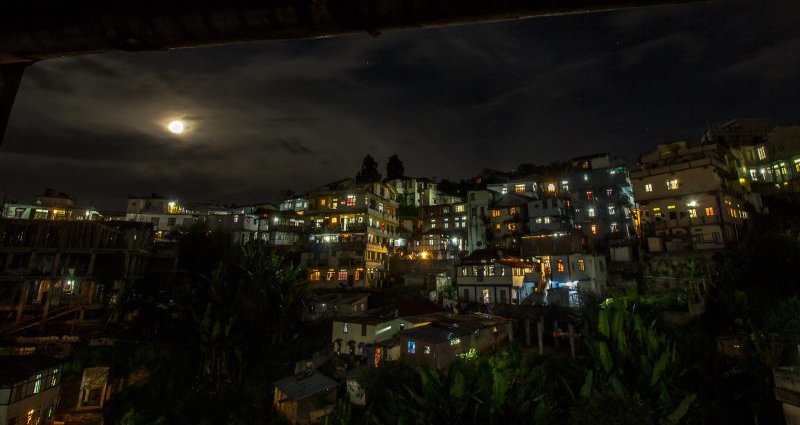 Decades of xenophobic rhetoric has caused friction and uncertainty

Night view of Shillong, the capital of Meghalaya, a hill station in the northeastern part of India. Image from Flickr by Santanu Sen. CC BY-NC-ND 2.0

The recent attack on six boys from the Bengali community in Shillong has reignited the ‘native’ versus ‘outsiders’ debate in the Indian state of Meghalaya. The deeply entrenched idea that only Indigenous people — known as ‘tribals’ — should have rights to stay, own land or secure good jobs there is contributing to the marginalisation of people who aren’t originally from the area.

A hilly state whose name means “the abode of clouds” in Sanskrit, Meghalaya is an epicentre for many of North East India’s Indigenous tribes. Bordering both the Indian state of Assam and neighbouring Bangladesh, the three Indigenous communities of Khasi, Garo and Jayantia comprise about 83 per cent of the state’s population. Its non-Indigenous community includes Bengali, Nepali and other Indian communities, like Sikhs, Biharis, and the Marwadi people.

The Bengali youth were attacked — allegedly by a 20-person-strong mob — on July 3, when they went to play basketball in the Lawsohtun district of Shillong. On Twitter, the Meghalaya police confirmed the report and appealed to eyewitnesses to assist:

The incident has provoked widespread discussion across Shillong, putting issues like land rights and illegal immigrants back on the front burner.

In an article for the Assam Tribune, journalist Patricia Mukhim raised concerns about rising inter-community conflicts in Meghalaya, but several netizens criticised her stance, alleging that she is trying to sully the Indigenous community by ascribing racist motives to the incident.

Sometimes some good emerges from evil. Attack on five non-tribal boys who were playing basketball at Lawsohtun,Shillong,by a masked gang of 20-apparently all tribals-has brought forth strident criticism from prominent tribal citizens like Ms Patricia Mukhim and Albert Thyrniang.

The Dorbar Shnong, an important political institution for the Khasi and Jaintia tribes of Meghalaya, mentioned that the incident was a “clash between two groups and not to be misunderstood as racial”.

However, incidents like this are not stand-alone; Meghalaya has a history of similar events.

Who are the ‘outsiders’?

The xenophobic narrative in Shillong took root during Britain’s colonisation of India, when Meghalaya was part of Assam. From 1864 to 1874, officials from West Bengal were brought in to help with administrative work; many of them settled in various parts of Assam.

After the partition of Bengal in 1947, some Bengali Hindus who were being persecuted in Bangladesh (then East Pakistan) came seeking refuge. The Assam government settled them in the vicinity of Shillong, during which time other communities — like the Nepali, Marwadi and Bihari — also settled there.

The state’s notion of illegal immigrants, therefore, is not limited to Bengalis; many ‘tribals’ also consider Nepali people, as well as Indian communities like Biharis and Punjabis, as foreigners.

The third wave of Bengali migration in Meghalaya happened when refugees fled the oppression of the Pakistani army during the Bangladesh Liberation War in 1971. By January 21, 1972, Meghalaya had become a full-fledged Indian state, with Shillong as its capital.

Ironically, according to a popular story among the community’s Indigenous folk, most of the Nepali people in Meghalaya arrived after the 1950 Treaty of Peace and Friendship between the governments of India and Nepal, which allows citizens of both countries to travel between them without the need for passports or visas.

“One who speaks a different language follows a different culture and practices” and “who is not native to the land” — these are the definitions of an ‘outsider’ in Meghalaya. 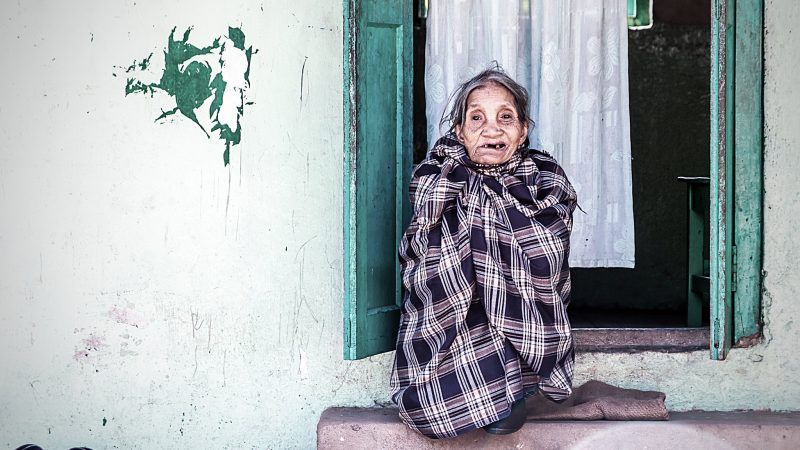 Many Indigenous groups paint the ‘non-tribals’ as exploiters of their jobs, land and economic resources.

Ever since the 1950s, the hills of the North-East have been marked along ethnic lines. As scholar Binayak Dutta says in his essay, multi-ethnicity has been viewed as a ‘transgression of community spaces’ in the region, and violence viewed ‘as a legitimate means to homogenize geopolitical and social spaces, in the name of protection of community interests.

‘Dkhar’ (or ‘Dikhar’) is a derogatory term often used to describe ‘non-tribals’ and mainland Indian people. More recently, it is being used to refer to Bengali-speaking people who hail from East Bengal (Bangladesh) and West Bengal.

The state of Meghalaya falls under the sixth schedule of the Indian constitution, which protects the culture, language and civil rights of Indigenous people. Additional privileges, like land rights, also favour to some extent the interest of the local tribes.

Writer Naomi Dutta acknowledged the complexity of the issue in a tweet:

I am an Assamese Hindu but grew up in Shillong. As a non tribal.( a minority). This thread is interesting – even as I am conflicted. The fear of the outsider & regional chauvinism, yet the real loss of indigenous identity. It is complex – there are no easy answers. Not on Twitter https://t.co/IDPAOx0iMh

The ethnic tensions of Meghalaya — as well as most of India’s north-eastern states — can be linked to the ‘outsider’ narrative, as well as to the protection of the uniqueness of culture, language, and customs of local Indigenous communities. Apart from conscious cultural and linguistic awareness, politics also plays a major role in building these narratives.

Before we divide and classify ourselves into various caste[s], creed[s], tribes, or religion[s], let us just take a moment to consider the fact that above all these divisions lies the fact that we are all fellow human beings and our specie[s] has thrived because of the saga of migration that [began] from Africa millions of years before the existence of the modern society.

Therein lies the rub. As Mahua Sen, who authored an essay in ‘Insider Outsider’, asks:

If benevolent humanity were to erect a symbolic sculpture of a refugee, wouldn’t it be a poetic paradox to assign it a square piece of land in this world?