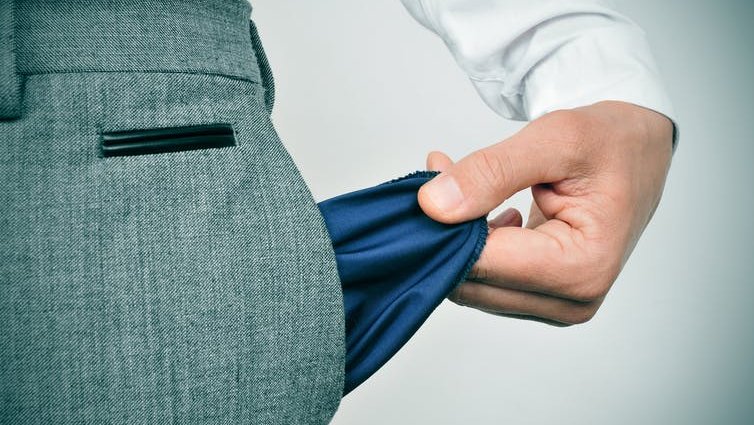 Virgin Atlantic’s rescue deal is something of a watershed in how companies can escape insolvency. The deal, which will involve Richard Branson and US hedge fund Davidson Kempner Capital Management injecting US$1.6 billion (£1.2 billion) into the airline, uses the new restructuring plans made possible by the UK Corporate Insolvency and Governance Act 2020.

While most creditors have accepted the rescue deal, the approved restructuring plan will also bind those who are against it. The UK procedure has also been recognised by a court in New York so it protects Virgin’s American assets as well as its British ones.

The new Act is quite a shift from the old UK insolvency rules. There’s always the need to find a trade-off between protecting creditors and enabling business rescues, but the new rules mainly promote rescues, and there is little additional protection for disgruntled creditors. With the fallout from COVID-19 likely to lead to many more collapses, the implications are considerable. And, just like in the Virgin case, this looks set to affect creditors’ rights around the world.

In the UK, there have been significant controversies concerning the use of pre-packaged administrations (also known as pre-packs). Particularly popular in the early 2000s, pre-packs allow failed businesses to be sold to the best bidder using a pre-negotiated (“pre-packaged”) agreement between the debtor and the buyer.

Though pre-packs minimise costs, delays and negative publicity, they quickly became a way for distressed businesses to be sold for a pittance to a buyer connected to the debtor. The debtor’s shareholders retained control and the creditors (and taxpayers) received little or nothing.

The government tightened up the rules in 2015, requiring that businesses be properly marketed and introducing a pool of independent experts to guide creditors over whether a proposed sale was reasonable.

These changes largely worked, and pre-packs continue – such as the recent rescue of forex services group Travelex. But they don’t work where groups of creditors obstruct them, and practitioners have long lobbied for more instruments to rescue distressed businesses.

The traditional rescue route for companies is to enter administration and either do a deal with creditors known as a company voluntary arrangement (CVA), or get a court order known as a scheme of arrangement to impose the deal on any creditors unwilling to accept it. Both use lots of time and money, and come with strict rules.

The government had long promised reform, but the COVID-19 pandemic meant this could no longer be delayed. Among the new rules designed to facilitate rescue is the new restructuring plan procedure. Much to the approval of the industry, a rescue can now be imposed on dissenting creditors with a court order (known as a “cross-class cram-down”), provided that some conditions are met. Additionally, the rules around the level of creditor approval required for these plans to be permitted are more relaxed than for CVAs and schemes of arrangement.

The order of priority that applies in liquidation cases is not strictly binding in restructuring plans either. Normally creditors must be paid in ranking order – so that, for instance, mortgage holders are paid before trade creditors. Usually this means that lower-ranking creditors receive nothing, and that a higher-ranking class can block a debt repayment plan. Now it is easier to sidestep them.

Admittedly, courts must first be satisfied that dissenting creditors will be no worse off than with any alternative plan (normally a pre-pack). Yet UK courts have proved reluctant to question the judgement of those running the company, thus further limiting the creditors’ protection.

Restructuring plans can also be carried out by companies with the most tenuous connection with the UK (unlike CVAs, which require companies to be mainly focused on the UK or either registered here or in the European Economic Area). For the court to find a “sufficient connection” with the UK, it may even suffice that restructuring negotiations were carried out there.

Since Virgin Atlantic is a UK company, there is no such problem here, but recall that that deal has been recognised by a New York court. This is because both the US and UK have adopted the UNCITRAL Model Law on cross-border insolvency, which means they recognise insolvency procedures initiated in one another’s countries. Many other countries are also parties to this framework, so companies with little connection to the UK will probably be able to use the rules to protect themselves from creditors worldwide.

The problem with rescues

Giving companies more protection from creditors is not necessarily a bad thing, of course. If you rescue a company, you save jobs. But not always. A “rescued” company whose business is fundamentally broken is a “zombie” company, a sort of parasite in our economy. It may crowd out viable businesses, or push unpaid creditors over the edge. Also, the money lost by the government in failed rescues could be spent more usefully.

Take Debenhams’ restructuring saga. Debenhams was rescued in April, after sales plummeted under lockdown. The process is likely to result in a sale of its remaining profitable assets by the end of September.

But this is the third time in less than a year that Debenhams has gone through an insolvency procedure. During both previous attempts, suppliers and creditors went totally or partially unpaid. Debenhams also received state COVID support, for instance through the job retention scheme and the postponement of taxes that were due.

The retailer now continues as a going concern without fully paying landlords and suppliers – except essential ones – due to being in administration. And it is quite likely that more creditors will end up unpaid as a result of the latest rescue.

Should we turn the clock back to the good old days in which companies were liquidated and businessmen sent to prison for failing to pay their suppliers? Far from it. But the risks associated with restructuring plans seriously need to be discussed.

The government should introduce more stringent eligibility and approval criteria to ensure that only viable businesses are rescued. For example, restructuring plans could be made available only to companies heavily involved with the UK, and the additional voting requirements applicable to CVAs and schemes should be extended to the new restructuring plans. Unless we move quickly, we can expect a lot more zombie companies and distraught creditors in the months ahead.

Eugenio Vaccari does not work for, consult, own shares in or receive funding from any company or organisation that would benefit from this article, and has disclosed no relevant affiliations beyond their academic appointment.