How TikTok got caught in the crosshairs of US-China politics 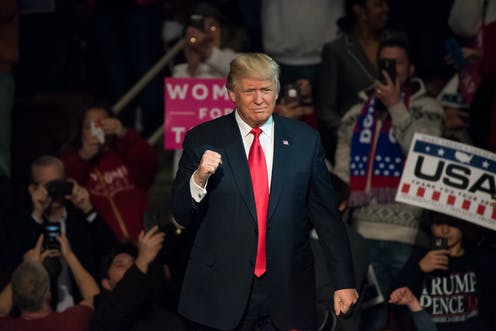 Donald Trump’s threat to ban TikTok, a video sharing app owned by Beijing-based ByteDance, on August 1 is only the latest in a series of clashes between the US and China. With each of these events – from the US ban on telecoms company Huawei to the US response to events in Hong Kong and the continuing escalation of the trade war which stretches back formally to 2018 – one has to remember that there are several different conflicts taking place between the world’s largest and second-largest economies. It is important to work out which of these the TikTok issue belongs to.

Ostensibly, the main reason for a ban is national security concerns. Trump administration officials say TikTok could pose a security threat by giving the Chinese government access to vast amounts of US citizens’ data. Yet there is little evidence for these claims, nor how Trump’s proposed solution of selling TikTok’s US operations to Microsoft would solve the problem.

Similar issues were raised by the ban on Huawei, and the operations of other major Chinese corporates in the US. They even predate the Trump presidency, reaching back to the mid-2000s when Congress vetoed Chinese involvement in energy company Unocal, and raised questions about tech company Lenovo’s purchase of the US IBM ThinkPad brand.

TikTok seems to pose a strange kind of security challenge, given that most of its content is silly viral video memes. With Huawei there were more complex matters to verify, such as how to check the reliability of its hardware. TikTok doesn’t involve these to such an extent. So why the focus on this company?

Reaching beyond the realm of security, therefore, we must venture into that of trade and technology. TikTok’s greatest problem is that it manifestly demonstrates Chinese success beyond the borders of China. This is not as common as it might seem. Chinese companies which are genuinely internationally successful are few and far between.

In 2020, the app has enjoyed remarkable success, with a staggering 2 billion downloads globally. The US recorded 165 million downloads – the third highest country after India and China – and the app is rapidly rising up the ranks of the most-downloaded app league tables.

It may well be that an achievement like this, at a time like this, is the company’s biggest crime. So moving against TikTok on security grounds may well be an excuse to distract from the reason it is most problematic for the White House, the fact that a Chinese company can succeed so well in the US. The optics of that are very negative for the Trump administration.

That brings us to the third area of conflict – the many calculations and machinations around the imminent presidential election in November. For Trump – criticised for his response to the COVID-19 pandemic domestically and facing very poor economic figures – one area where he can, and is, trying to appeal to voters is by taking a tough line on China. TikTok offers a relatively easy target by which to show his prowess.

With the trade talks between Washington and Beijing largely halted, this area is one he can demonstrate activism and make a show of strength. Here he can try and build a narrative of the man people can trust to be tough on China while highlighting the perceived faults of his opponent, Joe Biden, who he will paint as being tarred by the Obama administration’s policy of engagement with China.

Ultimately, the boundary between legitimate security concerns, political calculations that only have domestic issues at their heart, and good old-fashioned protectionism is a very faint one. With TikTok, the sense of deliberately distorting and manipulating facts to suit an agenda, rather than devising an agenda to respond to facts, is palpable – as it is in so many other areas of the Trump presidency.

But we must be clear. The evidence strongly suggests that TikTok is an issue because the US – particularly at the moment, and particularly under Trump – cannot countenance Chinese commercial and technological success without searching for security or competition grounds to combat it.

The great pity about this approach is that it means the genuine issues and concerns get diluted to the point that they are missed. China presents many problems in the area of security – nobody denies that. People watching brief, often mindless videos, though, isn’t one of them.

Kerry Brown does not work for, consult, own shares in or receive funding from any company or organization that would benefit from this article, and has disclosed no relevant affiliations beyond their academic appointment.

2020-08-06
Previous Post: Coronavirus is pushing people into poverty – but temporary basic income can stop this
Next Post: Daily exercise rules got people moving during lockdown – here’s what the government needs to do next