COVID-19 has accelerated digitalization but will Tunisia log on? · Global Voices 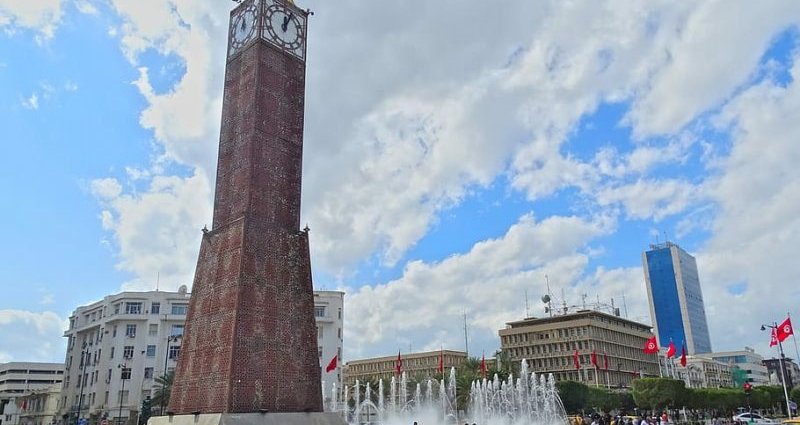 Delayed digitalization is symptomatic of a political stalemate in Tunisia

Photo by Eloida Ferreira of downton Tunis, used with permission.

Seen from afar, Tunisia has all the favorable conditions for digitalization, including effective and affordable internet access and a largely young and highly connected population.  Yet, the nation still lags behind in the digitalization of all its services, both public and private, due to decades of corruption and government inaction.

When COVID-19 hit Tunisia in March 2020, the government enforced a strict lockdown, exposing a fragile, largely traditional economy. But a flurry of innovations mushroomed, ranging from telemedicine and telework to online entertainment and education. Staff began to work remotely and the government started to use robotic and digital technology.

In this way, COVID-19 accelerated digitalization in Tunisia like no previous government could achieve, gaining more digital momentum in a single month than it had in prior decades.

For Karim Koundi, chairman of the Joint Public-Private-Civil Society Committee for digitalization, the pandemic crisis led to the equivalent of a “fall of a Berlin Wall” moment between the administration and the Tunisian digital industry.

Can the COVID-19 pandemic continue to act as a catalyst to accelerate its online economy and services?

In 2018, the government launched the National Strategic Council for the Digital Economy (CNCEM) with an ambitious “Digital Tunisia 2018” framework to create a conducive digital ecosystem. With an overall allocated budget of $867 million United States dollars, the digitalization plan envisioned the creation of over 100,000 jobs. But plans have been slow to implement or totally delayed. “Digital Tunisia 2018” became “Digital Tunisia 2020” before being once again postponed to 2025.

Mohamed Fadhel Kraiem, Tunisian minister of Technology, Communication and Digital Transformation, admitted in May during the lockdown that “almost half of the projects in the ‘Digital Tunisia 2020’ strategic plan have not yet seen the light of day,” and shifted the program to a new “Digital Tunisia 2025.”

A series of setbacks

Tunisia was among the first to promote technology in the region and the aim to digitalize the nation is nothing new. Its digitalization plans date back to 1999, when a national e-commerce commission was created to oversee the development of the sector.

But these grand announcements were not followed by concrete actions and plans took years to materialize. In 2012, a public-private task force was formed to revitalize the sector and draft a digitalization roadmap, but these plans continue to stall, despite Tunisia’s modern fiber-optics infrastructure.

This delayed digitalization is symptomatic of a  political stalemate in Tunisia, where authorities pioneer the adoption of forward-thinking legislation but struggle with their implementation. Political decisions made at the top often remain invisible on the ground, fostering frustration and discontent.

In 2011, youth took to the streets in protests that demanded calls for immediate, structural reforms, but these calls were not heard and after almost a decade, the situation remains unchanged for many and for some — even worse.

“Since the revolution, we have freedom but not dignity,” said Sofiene Jbeli, a young unemployed Tunisian IT engineer in a le Point article.

Youth unemployment has risen to 36 percent and corruption is also on the rise. The economy is still fueled by labor-intensive jobs like farming or manufacturing, alongside a bloated government bureaucracy that, in 2018, employed nearly 800,000, accounting for 46 percent of the national budget.

“Tunisia has been applauded for its peaceful transition and not falling into civil war like its neighbors in the region,” said Mohamed Khalifa, a retired Tunisian engineer who spoke to Global Voices:

The dark side of the acclaimed consensus politics, between secular and Islamist, is that it has merely postponed rather than resolved deep-rooted issues. Donors’ money has flooded the push for institutional reforms that failed to materialize in the life of the population. It has rewarded the status-quo. Since then we are stagnating.

Tunisia pays a high price for its stagnation. Studies have estimated that Tunisia’s complex bureaucracy and heavy regulation have cost firms about 13 percent in revenues and incentivized corruption.

“Unfortunately, today there is strong resistance to digital change and reforms in general, emanating from several circles in the administration, the business world, state institutions et cetera,” said Amine ben Gamra, a Tunisian chartered accountant in Tunisie Numerique. “The objective being to keep their positions, to enjoy and benefit from the corruption without worrying about the negative repercussions on the country.”

On Europe’s doorstep, Tunisia counts on a well-educated, youthful population. Every year, over 12,000 information technology engineers emerge out of a total population of 11 million people.

But in the absence of real prospects, young graduates are leaving the country. Every year, more than 3,000 IT engineers leave. Though salaries can sometimes be 2.5 times higher abroad, money is not the only reason for the brain drain, as  Nadhir, a Tunisian developer living in France explains in a Jeune Afrique article:

If the departure of IT professionals is massive, it echoes the desire to leave that is widespread among young people. What motivates the departures is mainly disappointment and pessimism about the future.

Meanwhile, over 12,000 IT engineering positions remain empty in Tunisia. This mass exodus has added to the slowdown of economic development and digitalization at home.

But amid the COVID-19 crisis, politicians have been quick to capitalize on rapid gains and make new promises.

But with little trust in politicians and a long history of unfulfilled promises, Tunisians are yet to be convinced.

What is clear is that in the absence of a cure or vaccine, the era of social distancing and restrictions on freedom of movement is likely to stay. Thus, there is mounting pressure on governments everywhere, including in Tunisia, to adapt to the new paradigm and create an overdue enabling environment.

2020-07-30
Previous Post: Thermal cameras aren’t perfect, but they can help control the coronavirus pandemic
Next Post: Wellbeing levels fell during the pandemic but improved under lockdown, data analysis shows