Jobs crisis: the case for a new social contract 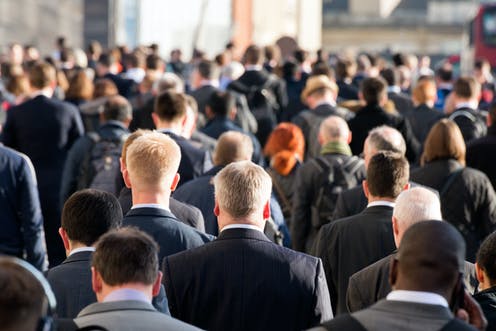 Numerous British companies have been announcing redundancies on the back of the COVID-19 crisis, notably in retail, hospitality, aviation and manufacturing. With big names including Marks & Spencer, Rolls-Royce, Airbus and Easyjet removing many thousands of jobs between them, it looks almost inevitable that redundancies will continue.

British businesses have traditionally often implemented redundancies as a first rather than last resort. Many have an addiction to short-term decision-making and extracting value for shareholders, especially since neoliberal market economics took hold 40 years ago.

The employment crisis facing the UK could therefore seriously deteriorate when the government winds down the furlough scheme between August and October 31. The furlough has protected the jobs and incomes of 9.4m people, many of whom face a scary future when it terminates on Halloween.

Meanwhile, manufacturing exporters cite a looming no-deal Brexit as another reason for contemplating redundancies. In reality, the UK is confronting not just a pandemic but a triple-pronged crisis of COVID, Brexit and climate change.

How bad will this jobs crisis get? Labour market data from the Office for National Statistics (ONS) recently pinpointed the mini-storm before the tempest that could arrive after furlough ends. Between March and June 2020, the number of employees on the payroll fell by 650,000, with hours worked decreasing by 17%. However, the Resolution Foundation suggests the ONS data underestimates unemployment and economic inactivity.

Looking to the future, the government’s Office for Budgetary Responsibility (OBR) has outlined three economic scenarios which foresee unemployment rising from an official estimate of around 4% today to between 10% and 14% in the next three-to-nine months. Which scenario plays out depends heavily on the nature and scale of state intervention.

Nevertheless, the whole plan looks too modest – a sticking plaster on a gaping wound. And the Institute for Fiscal Studies has since claimed that some of the funding had been recycled. The plan is a pale imitation of Franklin Roosevelt’s New Deal, notwithstanding the rhetorical exaggeration from Boris Johnson a few days before the statement.

In reality, the UK government is relying on haphazardly re-opening economic activity. By not doing more, it faces accusations of passing responsibility to individual employers – trusting them to consult workers and act compassionately. This is classic neoliberalism, individualising responsibility and risking public health and safety.

It is the latest incarnation of a UK government jobs policy that fetishises laissez-faire economics, perpetual consumerism and profit maximisation. For 40 years, winners-take-all rule by the market-world elite has eroded the social world of collective social institutions such as public services and trade unions, while greatly increasing casualised low-paid jobs under a disposable flexible labour-market model.


This neoliberal model is broken and increasingly destructive. It is the structural root cause of problems like indebtedness, huge wealth inequalities, labour market exploitation, austerity and dismantling of public sector functioning. COVID-19 has revealed the problems with this paradigm. In doing so, it has showcased the “real key workers” keeping society functioning and supporting human life.

What is now required is a new social contract with a moral purpose. It would be based around strengthening public services and other human necessities sometimes known as the foundational economy, while creating green jobs aimed at cutting carbon emissions. Jobs would be socially productive and environmentally sustainable – not “bullshit jobs” such as public relations or corporate law or telemarketing.

Everyone wanting employment would have a right to a job through a job-guarantee scheme, paying at least a real living wage. The funding and administration of this scheme would be devolved both to regions through mayors’ offices and to local councils.

More jobs could also be created by redistributing working time, such as through a shorter working week. Speaking of working time, it would have been better for the government to retain the furlough as long as necessary for the most vulnerable sectors and preferably transition it into a German-style short-time work scheme (Kurzarbeit) that could subsidise wages during crises.

Since many people can’t do paid labour or don’t want to, the social contract would include a minimum income, which would replace the current system of universal credit. It should also include stronger workers’ rights, notably through trade unions and a “co-determination” system in which workers could vote for things like representatives on their company’s board of directors.

Inevitably, questions will arise about paying for this social contract. To some extent, it could be covered by a wealth tax and new rules aimed at preventing tax evasion, to ensure the wealthiest pay more to society.

A strand of economics known as modern monetary theory also provides answers here, since it argues that governments in control of their own currency can actually borrow unlimited money from their central banks – at least until inflation becomes a problem. This means they don’t need to worry as much about rising public debt as has often been thought.

Read more:
Modern monetary theory: the rise of economists who say huge government debt is not a problem


All the same, this social contract would pay for itself over time. The costs of inadequately responding to mass unemployment will be far higher, both financially and socially. It has become fairly widely recognised that ten years of austerity was self-defeating and damaged society, and the current crisis could prove considerably worse.

Ultimately, unemployment or full employment is a political choice. This is the moment to go in a different direction towards democratising work.

2020-07-21
Previous Post: Bacteria and viruses are travelling the world on highways in the sky
Next Post: Russia report: intelligence expert explains how UK ignored growing threat