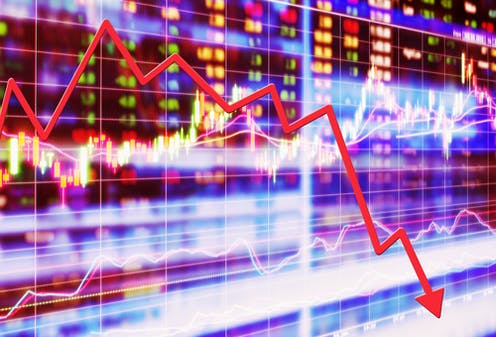 In this sixth and final episode of Recovery, a series from The Anthill Podcast exploring how the world rebuilt after historic crises, we look at the 2008 global financial crisis. The recovery over the last decade has been slow and painful, and offers important lessons for the coronavirus recovery ahead.

The 2008 financial crisis resulted in the worst global recession since the second world war. The collapse of US investment bank Lehman Brothers in September 2008 caused a meltdown of the global financial system. Money markets froze and there was a major credit crunch as the ability to borrow money suddenly dried up.

But the crisis had multiple, underlying causes. It followed years of excessive risk taking by bankers and lax government regulation. This had fuelled a US housing market bubble and glut of other dodgy investments. When Lehman went bankrupt, taking US$700 billion in liabilities with it, markets panicked.

To stop the contagion and make sure other major financial institutions didn’t collapse, governments stepped in to shore up the system by bailing out the banks. Anastasia Nesvetailova, professor of international political economy at City, University of London, explains what these bailouts involved and why they were so necessary.

The government response to the crisis had some unintended consequences, she says. Low interest rates and easy access to capital made those who were already wealthy even wealthier, drove up asset prices (like property) and failed to stimulate the economy in a way that benefited everyone.

The recovery was also very uneven geographically. Aidan Regan, associate professor at University College Dublin, tells us how the crisis spread across the eurozone and why some countries rebounded a lot more quickly than others.

The austerity policies that many governments adopted following the 2008 financial crisis also come under the spotlight. Nesvetailova and Regan explain why the decision to cut public spending hampered economic growth in the UK and across Europe.

Plus, we explore how emerging markets were affected by the 2008 financial crisis. Carolina Alves, fellow in economics at the University of Cambridge, outlines how some emerging markets were shielded from elements of the crisis but also left vulnerable to the large reduction in finance that followed.

This episode was produced by Gemma Ware and Annabel Bligh with sound design by Eloise Stevens.

2020-07-08
Previous Post: Bats are hosts to a range of viruses but don’t get sick – why?
Next Post: Care homes have long been neglected – the pandemic has shown us how bad things are