Austerity in the Gulf states: why it’s alarming for women’s progress 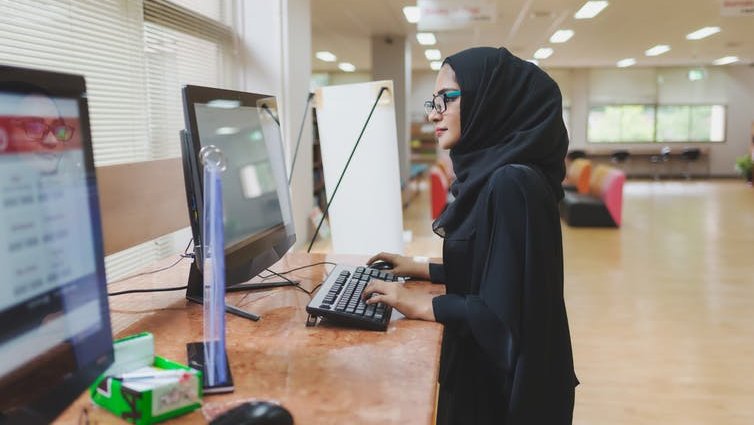 Citizens of Saudi Arabia are having to get used to something that has long been an unpleasant fact of life in most parts of the world. On July 1, the kingdom tripled the VAT levied on consumer goods and services from 5% to 15%. There were reports of frantic stockpiling ahead of the change as consumers put coronavirus fears to one side to buy while prices were low.

Besides VAT, the Saudis are implementing an austerity package that includes cuts to people’s living allowances and to national spending plans to develop the country. The kingdom is partly attributing these measures to the COVID-19 effect on oil prices, which crashed below zero in April. The oil price has since recovered somewhat, though at circa US$40 (£32) per barrel, is still well below what the kingdom is used to.

Together with the economic effects of coronavirus restrictions, this has been putting severe pressure on the Saudis and their petroleum-rich neighbours in the Gulf Cooperation Council (GCC): Kuwait, Oman, Qatar, Bahrain and the United Arab Emirates. The IMF recently predicted that the GCC economies would contract nearly 8% in 2020 – a steep downgrade from the 3% decline it forecast in April.

All the same, there is more to the Saudi belt-tightening than the pandemic. On VAT, for instance, the whole GCC bloc reached an agreement in 2016 to introduce VAT for the first time at 5% across the board. The Saudis and UAE duly did so in 2018, followed by Bahrain a year later. Oman, Kuwait and Qatar have yet to impose this tax on their populations, but the question is “when” rather than “whether” they will follow suit.

Visions from the desert

It has long been obvious to the GCC nations that their existence as “rentier” states that rely on massive natural resources to subsidise goods and services for their populations cannot continue. Petroleum prices are low and unstable, and renewable technologies are reducing global demand for fossil-fuel products.

For years, these countries have been trying to increase their tax revenue and cut public expenditure while diversifying away from petroleum into everything from alternative energy to petrochemicals to construction. They do this through national “vision” plans such as Saudi Vision 2030, which put the emphasis on private-sector growth and developing the country’s people.

Diversification is supposed to help improve the public finances, yet it has been a victim of the Saudi cutbacks. The kingdom has made a US$8 billion budget cut to Vision 2030, which will involve scaling back plans such as a futuristic city known as Neom and a massive tourism development on the Red Sea.

This will jeopardise the success of the whole Saudi policy of economic diversification, and risks being repeated with cuts to “vision” plans across the region. Economic stimulus packages were announced in every GCC country in light of the fall in oil prices, but cuts in public spending will probably outweigh them. Compared to a projected Saudi budget cut of 12%, Oman is for instance cutting 10%, while Bahrain is seeking 30% in cuts.

Not only is this bad news for long-term economic prospects, it raises serious development concerns with respect to women. I did a study of Omani women in the context of Oman’s Vision 2020 (since superseded by Vision 2040). It was clear that these visions are part of a social contract, in which the sultanate retains power in exchange for providing the population of nearly 5 million with various kinds of support.

Particularly for women of low-income and minimal-education backgrounds, the state has been a major catalyst for their personal and professional development. It has provided them with education, training and employment programmes aimed at helping them to participate in the economy.

Likewise, there have been numerous initiatives to help women across the region in recent years. In UAE and Saudi Arabia, legislation was introduced in 2018 and 2019 aiming to remove gender-based discrimination in the workplace. The Saudis’ decision to lift the ban on women driving in 2018 was not only a win for women’s rights but also improved women’s access to workplaces among other gains.

Nonetheless, the Gulf continues to suffer from an “education and employment paradox”, where women are very well educated but play a very limited role in the workforce. The daily reality for women is that they still have to navigate entrenched structures of patriarchy and discrimination that devalue their work. More progressive laws do not guarantee better outcomes for women on their own. The Gulf economies are in fact more undermined by low female participation in the workplace than any other region in the world.

The World Bank has pressed these nations to keep improving in this regard, for instance calling on them to make it easier for women to launch businesses. As shown in my Oman study, barriers can be financial, such as not having enough money to get a business off the ground; and social, such as not having adequate social networks to spread the word and build professional contacts.

In sum, opportunities for women have been rapidly expanding in the Gulf countries in recent years as their rights increase and these economies diversify beyond petroleum to create a wider range of jobs for both men and women. This has been an exciting shift and raises much hope for the future, but it is under threat as the region’s petroleum wealth declines and governments reduce spending.

We can’t assume that women will continue to enjoy greater economic inclusion in the years to come. They will continue to rely on support from the state to drive this agenda forward, at least for a while. This must be protected from austerity programmes, and instead needs more investment both in the private and public sector to enable women – in expanding their capabilities and building their experience, knowledge and skills – to participate effectively alongside men in the economy.

2020-07-07
Previous Post: Modern monetary theory: the rise of economists who say huge government debt is not a problem
Next Post: Most people carry remnants of a chemical pollutant – ultrasound technology can help clean it up