Justice, inclusion and an economy for all: Australian activists mobilise at Virtual Progress 2020 · Global Voices 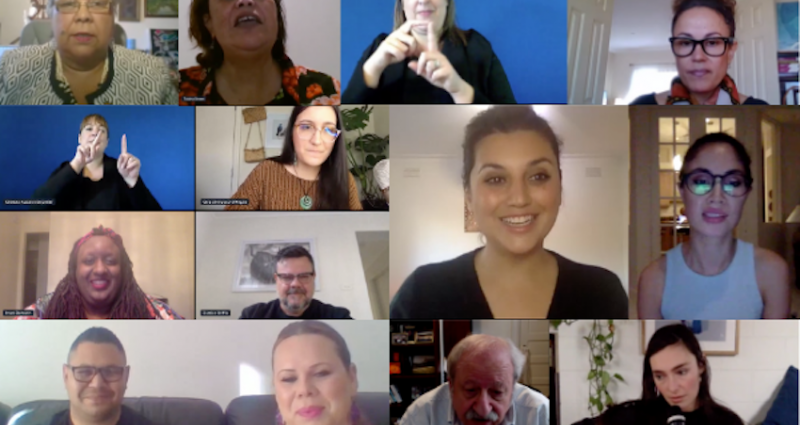 You would think that activists, especially those working for nonprofits, would be fed up with online meetings after months of video communication from home due to COVID-19. Think again!

The Centre for Australian Progress is a progressive change organisation, supporting change agents with training programs and networking. Its flagship event attracts 1500 participants every second year at Melbourne Town Hall. This year it went online for two full days (June 23-24).

Promoted as ‘a rapid response online conference being urgently organised to respond to intersecting crises’, Virtual Progress 2020 certainly lived up to expectations. Some 1500 people paid to register for the two-day event that involved 225 speakers, with many from overseas, more than 60 sessions, and more than 5000 live chat messages.

There were surprisingly few glitches during the live streamed plenaries, panel discussions, case studies and Zoom-based interactive workshops, plus a few side events and live performances. #VirtualProgress2020 trended on Twitter.

There were few surprises regarding the topics and issues covered. Australian Progress will be posting full recordings from plenaries and breakouts for participants over the next couple of weeks.

The impact of #BlackLivesMatter was everywhere. Recent nationwide public protests in Australia have highlighted black deaths in custody, policing and indigenous incarcerations. The story of Aunty Tanya Day illustrated the depths of these ongoing issues. Tanya died in a police cell in 2017 after hitting her head several times. She had been arrested for public drunkenness after falling asleep on a train:

Systemic racism so cruelly highlighted by the opposite treatment of the drunken white woman picked up & driven home by police WHILE Tanya Day was in her cell, suffering the consequences of outdated, often racially-focused public drunkenness laws – Apryl Day#virtualprogress2020

Many aspects of COVID-19 recovery were explored such as the economy (stimulus, public debt, disaster capitalism, workers’ rights); the environment and climate change.

A grim but really important reminder from @McKenzieAmanda: just because we're living through the COVID crisis, it doesn't mean that the climate crisis has gone away. #VirtualProgress2020

Business as usual was not seen as an option:

Michele O’Neil, President of the ACTU (Australian Council of Trade Unions), highlighted the ongoing struggle against trends such as casualisation and exploitation of the workforce:

Listening to @MicheleONeilAU at #VirtualProgress2020
“Because for years we've been campaigning around the issue of insecure work, we were prepared for something we couldn't have expected.” #Covid19 #COVID19Aus

Carly Findlay is an appearance activist who led a discussion about the best principles and practical takeaways to make projects and communications more accessible. Afterwards, she shared some her ideas on her blog:

Many words are ingrained into our vocabulary as casual ableism – especially “idiot” and “lame”, and mental illness slurs like “crazy” and “OCD”. There are also turns of phrase like “tone deaf”, “crippling”, and “blind to” that are harmful.

…I ask you to stop using disability slurs please. Don’t justify them. Call them out when family and friends use them. 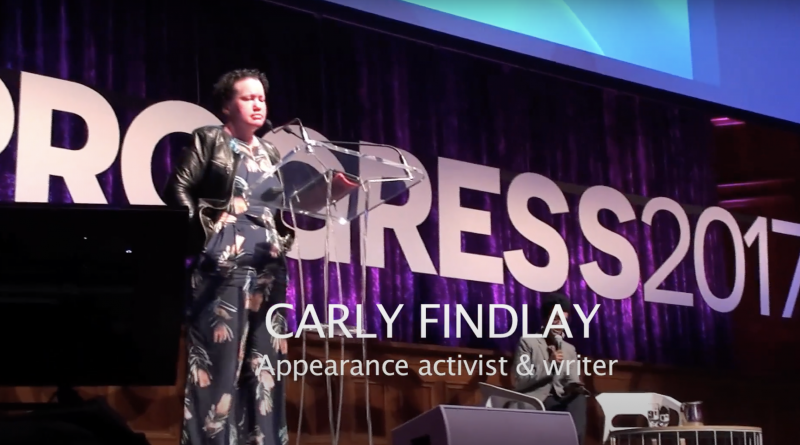 A side event considered the implications of the fight for democracy in Hong Kong:

‘The Hong Kong people have no choice. The city is our home. We want to keep our home, to be free, and we hope to keep our human rights protected. Especially for the next generation’ Bonnie Leung #VirtualProgress2020 pic.twitter.com/rSuljGaco6

There were many shared themes throughout the two days.

There was considerable focus on the best practice for change. Marshall Ganz, who is well-known for his work in community organising, led the way:

Mobilising – is aggregating individual resources and deploying them somewhere – there's a place but – organising is building power, and retain it..

You need to do both… Ganz #VirtualProgress2020

A message shared by many participants was that those with lived experience of the issues must be a central part of addressing solutions. As Kera Sherwood-O’Regan, indigenous and disabled multidisciplinary storyteller and rights advocate from Aotearoa (New Zealand), put it: “Nothing about us without us. We know our community.”

U.S. disability rights and inclusion activist Imani Barbarin agreed: “We’re not here for decoration. We have something to say.”

At the final plenary, All in for a feminist recovery, Tuisina Ymania Brown, LGA (International Lesbian, Gay, Bisexual, Trans and Intersex Association ) World Co-Secretary General spoke powerfully about the challenges:

Do what WOMEN have done for millenia! We weave. We merge. We intersect. We connect. We interlace. We rinse and REPEAT until we have one gigantic unseverable umbilical cord connecting us to the mother of us all – ONE HUMAN RACE – ONE PLANET – ONE HUMANITY.

Despite endless whining on social media about online meetings during the pandemic, Virtual Progress was extremely well received.There appeared to be little criticism of the running of the conference and no trolling. Well known Melbourne activist and advocate Asher Wolf, who was a speaker on a couple of panels, had previously raised issues about registration costs, accessibility and inclusion during past Progress events.

Australian Progress promised to act on these and has done so for this conference.

Wolf was prominent in exposing the Federal government’s Robodebt program, which has since been declared illegal. Her determination has been an example for many:

“No matter what ways they break you, you still have to be able to form a fist” – fighting words from @Asher_Wolf! She says laughter and camaraderie in the #NotMyDebt movement were also crucial to beating #robodebt. #VirtualProgress2020

Nicole Paris, a panellist in 2019, was fulsome in her praise of this year's event:

fair to say I been a “critical friend” (annoying hassler?) of @ausprogress over years. This program wld have been inconceivable 5 yrs ago (tho my idea of a good time). Free places for mob, more accessible scholarships & truly diverse speakers. Yay for growth #VirtualProgress2020

Linh Do tweeted this cartoon by Desiree Llanos Dee (@deslikesdoodling on Instagram):

What an amazing #VirtualProgress2020. Thanks to everyone who came along! I can't wait to catch up on the content in the coming month.

Nevertheless, many activists will be looking forward to the next “in the flesh” event at the town hall.