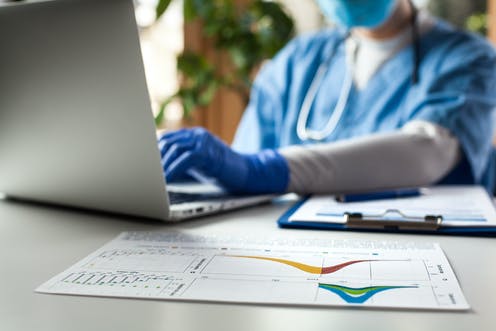 Watching scientists, politicians and journalists struggle to compare national death rates from the coronavirus pandemic, I had an acute case of déjà vu. Though the virus may be novel, the confusion generated by inconsistent data standards is anything but. It’s something I’ve observed closely for many years in studying public sector debt.

Such league table comparisons in both cases are simply not reliable. The pandemic has shown that public health data and economic data share the same flaws and challenges regarding basic accounting issues. Chief among these is how different countries measure data and how to harmonise data that comes from lots of different sources.

Take harmonisation. The UK is widely reported to have the highest number of coronavirus deaths in Europe. But what is considered to be a COVID-19 death is, in fact, not commonly defined. Spain and Germany count all deaths where the person had tested positive for COVID-19. As testing capacities were limited at the beginning of the pandemic, this limited the number of COVID-19 deaths actually reported. France (like the UK) first counted only hospital deaths, before adding deaths in elderly homes. Belgium includes untested but suspected persons in its numbers.

Such lack of harmonisation is hardly confined to Europe. In the US, methods vary from one state to another, with lots of states initially not including retirement homes in their reporting. This lack of harmonised data makes it very difficult to compare what’s going on and to accurately study the spread of the disease.

We see the same pattern in public sector debt measurements. The most commonly used numbers from the International Monetary Fund (IMF) or from the Organisation for Economic Cooperation and Development (OECD) – two of the world’s biggest producers of global economic data – are not reliably comparable.

Yet politicians compare them all the time. And this mixing of apples and oranges will surely grow even more complicated and unreliable as countries around the world massively increase their debt levels by spending to prop up economies decimated by the pandemic.

The IMF has said governments should “do whatever it takes but keep the receipts” – noting that public funds in response to emergency situations can be subject to corruption. But such receipts, though perhaps thwarting temptation for ill-gotten gains, won’t provide valid comparisons of the impact of public policies on public deficit and debt.

Once the pandemic gives way to some degree of normality, this would be an opportune time to assess what kind of reporting system is best suited to a pandemic – and seek to reach agreement in order for this data to be harmonised. A good place to start is with the deaths in care homes.

In many countries, deaths in care homes took a while to be accounted for as their information systems are currently not well integrated with the ones from hospitals. This is very significant considering deaths in care homes represent about one-half of the total COVID-19 deaths in European countries. These are also numbers that are politically toxic and prone to manipulation.

More broadly, the crisis has convinced me that for economic indicators as well as health statistics there’s an urgent need for a global data quality index and I’m currently exploring ways to build one. The index would compare the data quality of different countries on all major variables, as the current assessment tools are very limited in terms of specificity.

Such a data quality index would allow voters, investors and other stakeholders to benchmark like-for-like numbers. They could then better hold their governments to account.

For public health issues, such an index would boost reliability and transparency on vital issues such as how the virus spreads, who it affects the most, and the impact of national or regional factors, including temperature, humidity and population density. This information could further inform international bodies such as the World Health Organisation about which countries need help the most.

It is only with comparable data that scientists can assess whether the measures they implement are effective in protecting citizens, and better prepare for future health crises.

Likewise, a data quality index for debt and other economic indicators would help investors decide where to direct their money and to better assess a country’s risk profile. It would help international organisations better monitor situations in order to determine which countries to support and which to sanction, and help researchers perform more robust analysis. All of this would in turn help citizens assess their country’s economy in order to vote based on facts rather than political spin.

Marion Boisseau-Sierra does not work for, consult, own shares in or receive funding from any company or organisation that would benefit from this article, and has disclosed no relevant affiliations beyond their academic appointment.